Slavery has been abolished for over 200 years – or has it? 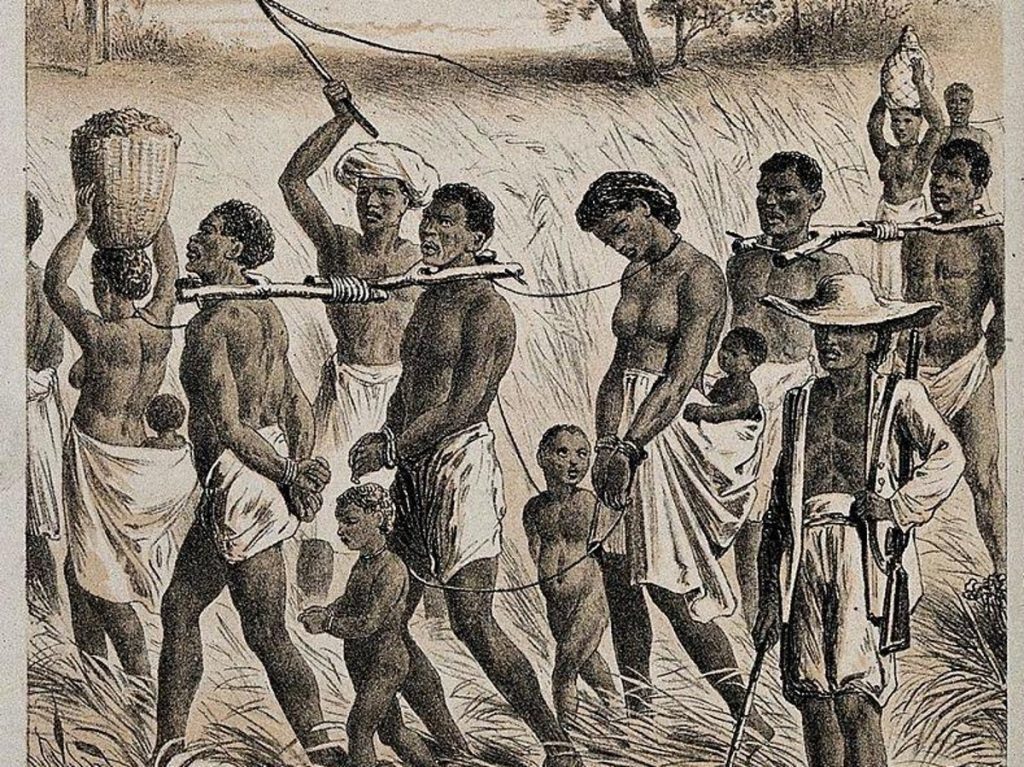 There aren’t many more emotive subjects in society today than to write about slavery and with the UN Day for the Remembrance of the Slave Trade and its Abolition coming up on 23 August, I wanted to share my thoughts on this with you.

As a dedicated UK trade union activist and founding member of the GMB National Race Leads Network, it is important that we remember history as it happened – unsanitised and through the lens of truth.

I tried to research some information on slavery during the Ottoman period, specifically linked to Cyprus, but I was unable to make significant progress.

I randomly found on Hansard a record dating back to 1878, when the likes of the Earl of Shaftesbury and Earl Granville were plotting to get the UK’s grubby hands on Cyprus and slavery was a major talking point – a discussion on whether Cyprus had a port or not.

Many more Turkish Cypriots have become conscious of their heritage, especially our black Turkish Cypriot brothers and sisters. For anyone wanting more information on tracing their black heritage in Cyprus, there is an active group on Facebook called Afro Cypriots.

So, my focus moves now to a more general reference on slavery and specifically the Trans-Atlantic Slave trade.

Reparations and the need for natural justice

In order to bring some perspective on the slave trade I want to also talk about the Holocaust. The world rightly remembers Holocaust Memorial Day – the exact number of Jews killed by the Nazis will probably never be known, as when the allies began to advance on Germany the Nazis began to destroy records; but it is estimated that at least 6 million Jews lost their lives in ‘The Final Solution’. Nazi Germany under Hitler targeted Jews on the basis of their ethnicity.

When I consider how many men and women are believed to have perished or been enslaved on ‘slavers’ ships during the slave trade period, I ask myself the question that not only bothers me, but also many of my brothers and sisters within activist circles.

Some reports suggest up to 60 million African men and women died, or were enslaved in the 16th and 17th century alone. I consider the scandal of trans-Atlantic slave trade to be a comparable atrocity and we need to see some parity in terms of natural justice. Cue reparations.

I wouldn’t get too excited though, as in truth, we have more chance of getting a Labour Government into power now than of the Tories apologising and paying appropriate reparative compensation for these systematic atrocities.

Black African men and women were targeted as nothing more than a commodity by the rich white man – literally to make them more money and if they weren’t fit enough to be sold as a slave, they could be thrown overboard in the sea to drown.

Interestingly, Germany colonised Namibia for a period at the end of the 19th century. During this period tens of thousands of Namibian Africans were killed, and very recently Germany acknowledged their role in what is now known as a genocide. The German authorities also agreed a significant reparations package with the Namibian Government.

Our Government here would never do this – instead of adopting responsibility they are likely to push a narrative that this all happened a long time ago and people need to move on, and if they don’t a black person is likely to be considered to ‘have a chip on their shoulder’.

The following writings are taken a from Digital History, which documented slave ship journeys:

“The most recent estimate suggests that there was a revolt on one in every ten voyages across the Atlantic. To prevent their captives from starving themselves, slavers sometimes smashed out their teeth and fed them by force. Some captains actually cut off the arms and legs of a few kidnapped Africans.

“Upon arrival in the New World, enslaved Africans underwent the final stage in the process of enslavement, a rigorous process known as ‘seasoning’.

“Many slaves died of disease or suicide, but many other African captives conspired to escape slavery by running away and forming ‘maroon’ colonies in remote parts of South Carolina, Florida, Brazil, Guiana, and Jamaica, and Surinam.”

Whilst the trans-Atlantic slave trade officially came to an end in 1807, there is a new slavery in place today which continues the exploitation of vulnerable people across Europe and Africa. It might not involve slave ships, but the new face of slavery are areas such as domestic servitude, forced labour, and sex trafficking. This is modern day slavery.

British trading in enslaved Africans became established in the 1500s. In 1562 Captain John Hawkins was the first known Englishman to include enslaved Africans in his cargo. Queen Elizabeth approved of his journey, during which he captured 300 Africans.

Hawkins then sailed across the North Atlantic and exchanged them for hides, ginger and sugar. He returned to London in 1563. Thirsty for greater profits, he organised another voyage for 1564, to which Queen Elizabeth contributed one vessel.

The wealth of Britain and its monarchy was largely down to cruel exploitation of African men and women being forcibly taken from their lands in West Africa.

UK needs to stop hiding behind its shameful slave past

My article does not even touch the surface of injustice – how race inequality today is clearly linked to the master and the slave relationship from well over 200 hundred years ago.

Structural racism started a long time ago and is embedded in society today.

About 3,000 British slave-owners received a total of £20m (£1.8bn in today’s prices) in compensation when slavery was abolished in 1833, research suggests. Among those who received pay-outs were the ancestors of novelists George Orwell, Churchill’s family, and even former UK Prime Minister David Cameron’s first cousin six times removed Gen. James Duff, who received £4,101 as compensation for forfeiting his 202 slaves on a sugar estate in Jamaica. In today’s money that is more than £3,000,000.

When slavery was abolished, slaves still had to work for four years without pay and as mentioned already, on top of this the slave masters received massive compensation for losing their enslaved labour. It’s beyond insulting, but for me this explains a lot when we see how black people are treated today both here in the UK, in America and other parts of the world.

I could probably write a thesis on this and would still not come anywhere near to covering the main points, so you will have to settle for just over 1,000 words!

Germany does not hide behind its shameful past. In contrast, it is a great shame that our British Government does not begin to face up to the reality of the systematic raping, murder, kidnapping and beating of African men and women in what is known as the Trans-Atlantic slave trade, not to mention the riches that came to this country on the back of the blood sweat and tears the millions of slaves who died and/or were enslaved.

We remember you all.

Fevzi Hussein is a trade unionist and media commentator. He is a member of the Labour Party, and a Chair of GMB Race & a CWU policy advisor. He also broadcasts a regular podcast called Bandofla on topical political issues.