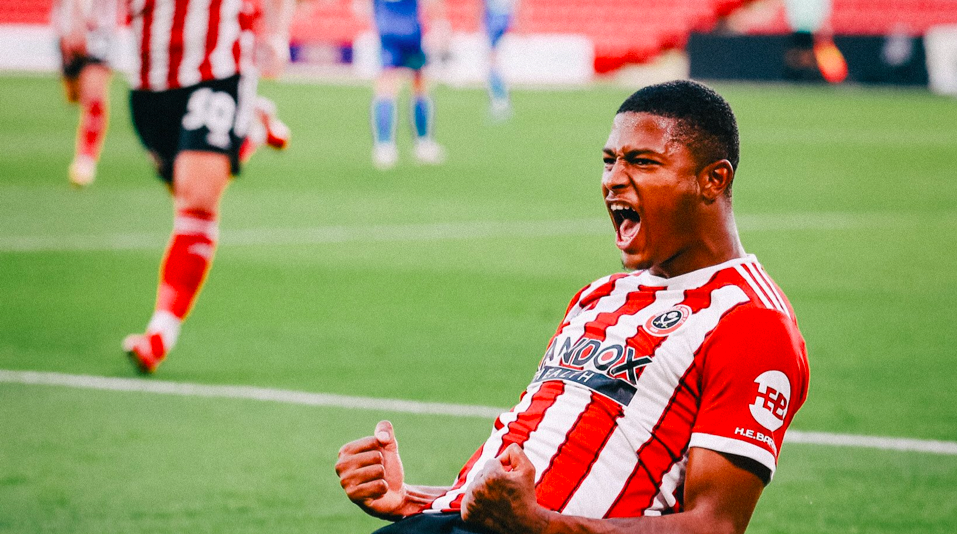 Rhian Brewster has broken his Sheffield United duck, scoring the winning goal for Sheffield United in their Caraboa Cup victory against Carlisle. It was his first goal for the club since his transfer from Liverpool last summer.

Brewster opened the scoring in the 24thminute of the game, putting away the rebound after Billy Sharp’s shot was saved. His goal proved to be what separated the two teams, and also gave Slavisa Jokanovic his first win as Blades manager.

The young English striker, who is of mixed Bajan-Turkish Cypriot heritage, had made 32 appearances and played over 1,300 minutes before finally finding the back of the net in a Sheffield United shirt following his record £23.5 million signing for the club in October.

A World Cup winner and Golden Boot holder with England U17s, Brewster, now aged 21, has shown great promise early in his career. He was highly rated at Liverpool and excelled in a loan spell for Swansea, scoring 11 goals in 22 appearances.

After the game, Brewster tweeted pictures of himself playing in the Cup game, including his reaction after scoring, with the caption: “Been a long time coming. Special moment at the Lane♥️”

Been a long time coming. Special moment at the Lane♥️ pic.twitter.com/yFroVVdika