“Time for the international community to think outside the box on Cyprus”, says Ambassador Ümit Yalçın 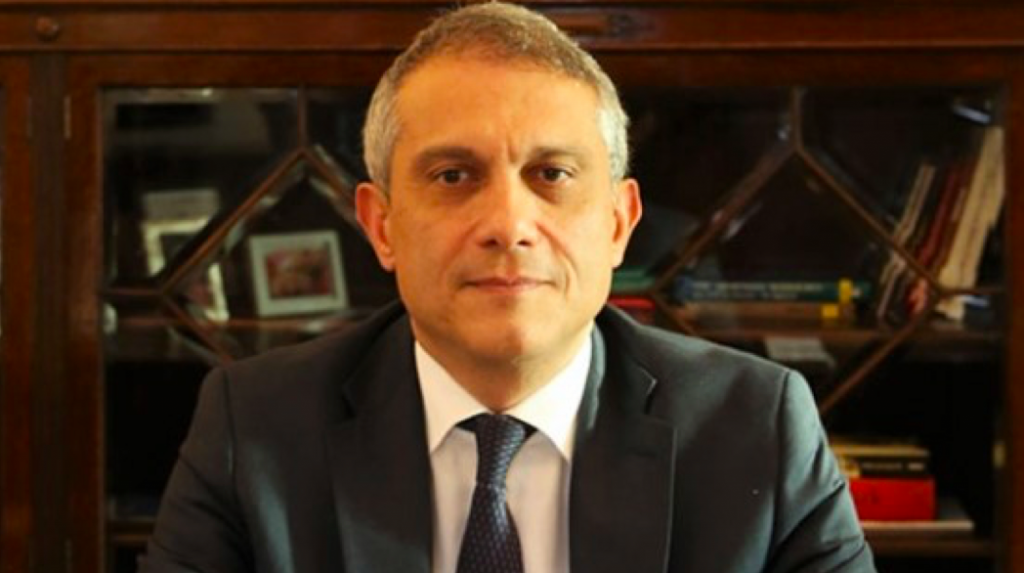 Turkey’s ambassador to London Ümit Yalçın has found himself in the midst of some of the most intensive political traffic between Turkey and the United Kingdom in decades.

After spending two years as the Undersecretary of the Turkish Ministry of Foreign Affairs, the experienced diplomat arrived in the British capital late in 2018 to find a country still grappling with how to conclude its exit from the European Union.

Initially, the primary focus was to reshape commercial ties. Ambassador Yalçın (pictured, top) and his team worked closely with colleagues in Ankara and British officials to produce a new free trade agreement between Turkey and the UK, which came into effect on 31 December 2020.

Brexit has also ushered in other opportunities. Freed from the constraints of EU foreign policy, the UK is carving out a more independent path, which includes deepening its strategic partnership with its long-standing NATO ally Turkey.

Already, the UK has shown itself more adept at understanding Turkey’s role in Syria, Libya and the Karabakh region of Azerbaijan than other Western states, with Ambassador Yalçın pivotal in explaining Turkish foreign policy to key British stakeholders.

On Cyprus too, Turkey and the UK are working hard to help resolve the ongoing dispute. Both countries share historical ties with the island.

Just 40 miles from Turkey’s southern coast, Cyprus was formerly a part of the Ottoman Empire, from 1571 to 1923, when it became a British colony. The island gained its independence as the Republic of Cyprus in 1960.

At that time, Turkey and Britain, along with Greece, became Cyprus’ Guarantor Powers responsible for protecting the island’s two national communities, the Turkish Cypriots and the Greek Cypriots. The trio are also part of a United Nations-backed political process that is trying to secure a permanent resolution to the Cyprus conflict, which broke out nearly sixty years ago.

Cyprus has been ethnically split since 1964 following a Greek Cypriot coup in December 1963 that brought the power-sharing government with Turkish Cypriots abruptly to an end. Since then, numerous efforts to reconcile the two communities have failed.

The political problems on the island are increasingly and adversely affecting many other issues, from Turkey’s EU membership bid to disputed maritime rights in the Eastern Mediterranean. Political tensions between the Greek and Turkish sides reached boiling point last summer, creating a genuine fear that things could escalate militarily.

Mindful of this, next month the UN again tries to develop a viable roadmap towards a mutually acceptable accord on the future of Cyprus. UN Secretary General António Guterres will host an “informal meeting” in Geneva between the two Cypriot sides and the three Guarantor Powers to see if any “common ground” exists to start a fresh round of talks.

T-VINE asked Ambassador Yalçın what we should expect from the Geneva Summit, and his views on related Cyprus issues, including the ongoing embargoes on Turkish Cypriots, and whether the hydrocarbons issue can help resolve the Cyprus dispute.

Q. Ambassador, with the informal 5+UN meeting approaching, what are your expectations regarding the solution of the Cyprus Problem?

ÜY: As your readers might well be aware, the informal 5+UN meeting was initially proposed by Turkey.

Our perspective regarding this format is having an atmosphere where the parties can freely exchange their views. The parties should reach a common understanding on what will be negotiated and how these negotiations will be pursued.

Based on the results of this upcoming meeting, the parties can then agree on a new framework of negotiations.

“There are two peoples, two democracies and two states on the island. There is no overarching need and interdependence to induce the two sides to go into a partnership”

In the history of the Cyprus negotiations, the aim was always to renew the partnership between the two co-owners of the island. However, the root cause of the issue was never addressed.

The root cause of the current stalemate is the mentality of the Greek Cypriots. Unfortunately, they do not want to share the power with the Turkish Cypriot side. They refuse to recognise their equality. This was the case in 1963, and it still prevails.

A bi-communal, bi-zonal federation as a sustainable settlement in Cyprus has proved unachievable.

I do not want to dwell on the details of the 2004 Annan Plan or the failure of the Crans Montana talks in 2017. These two failed attempts are only the recent examples of the Greek Cypriots’ lack of political will for power-sharing equally with their former partners, the Turkish Cypriots.

The Greek Cypriot side prefers to exploit the bi-communal, bi-zonal federation discussions to maintain the status quo.

A federal solution could have been possible if a “mutually hurting stalemate” had emerged. Instead, the Greek Cypriot side was rewarded with full EU membership in 2004, despite their rejection of the UN-backed Annan Plan that aimed to create a bi-communal, bi-zonal federation.

The two Cypriots leaders had shaken on the Annan Plan deal at Bürgenstock in 2004, but whereas Mehmet Ali Talat (right) delivered a ‘Yes’ vote, Tassos Papadopoulos (left) told Greek Cypriots to vote ‘No’

The international community accepts that the status quo provides the Greek Cypriots with a comfort zone. It allows them to act as if they are the sole owner of the island, which perpetuates the problem.

In this regard, the international community needs to adopt a more realistic approach for a sustainable settlement in Cyprus. There are two peoples, two democracies and two states on the island. There is no overarching need and interdependence to induce the two sides to go into a partnership.

Resumption of the previous negotiation process from where it was left off in Crans Montana is also no longer realistic or acceptable.

“Like the federal model, the two-state model should also be negotiated between the two sides on the island”

A fair, lasting and sustainable settlement will be only possible if it is based on the realities on the ground.

A two-state model can certainly provide a win-win outcome. Like the federal model, the two-state model should also be negotiated between the two sides on the island – this is not a settlement imposed by the Turkish side.

In fact, this is not a new idea. The UN Charter, mentions “equality of peoples” and “right of self-determination”. And it is hierarchically above the UN Security Council resolutions.

If the Greek Cypriot side is encouraged to adopt a more realistic approach, they will see that this option bears many advantages for them too.

If we are serious about solving this issue, then it is time for the international community to think “outside the box” on Cyprus.

Q. How do you evaluate the ongoing embargoes and isolation against the Turkish Cypriots?

This treatment is totally unfair as the Turkish Cypriots have always supported a comprehensive and sustainable solution. They have always acted very constructively towards this end. Although they expressed in the Annan Plan referendum their will for the unification of Cyprus – 65% voted ‘yes’ – they were the ones who were punished.

In comparison, we see that the Greek Cypriots continue to enjoy the benefits of the title of the “Republic of Cyprus”, which they had usurped through force of arms in December 1963.

In contradiction to the statements made back in 2004, international actors have sadly allowed themselves to become hostages of the current situation.

Former EU Commissioner for Enlargement [Günter] Verheugen had stated that the EU would seriously consider finding a way to end the economic isolation of the Turkish Cypriots, but these promises have not been honoured.

The ongoing situation is unacceptable and very frustrating, especially for the Turkish Cypriot youth. They cannot participate in international sports, cultural and other social activities with their peers. The international community should be able to give hope to these youngsters whose parents have always been in favour of peace and a political solution to the Cyprus problem.

Q. How do you assess the hydrocarbon resources found off the coast of Cyprus – can they help or hinder a solution?

ÜY: Greek Cypriots’ unilateral hydrocarbon-related activities in the Eastern Mediterranean jeopardises the security and stability in the region.

From the very beginning, we warned them that the two sides should decide on the fate of the island’s natural resources together.

In fact, the Turkish Cypriots made constructive proposals back in 2011 and 2012, as well as in 2019, to have the hydrocarbons issue benefit both sides on the island. These proposals stated that both sides should jointly determine the future course of offshore oil and gas activities, including revenue sharing and the funding of a possible settlement.

The establishment of a co-operation mechanism, which could also include the oil companies, was also proposed in this regard. But sadly the Greek Cypriots rejected all the ideas put forward by the Turkish Cypriots.