‘To a new future’: change beckons as Ersin Tatar is elected the new President of North Cyprus 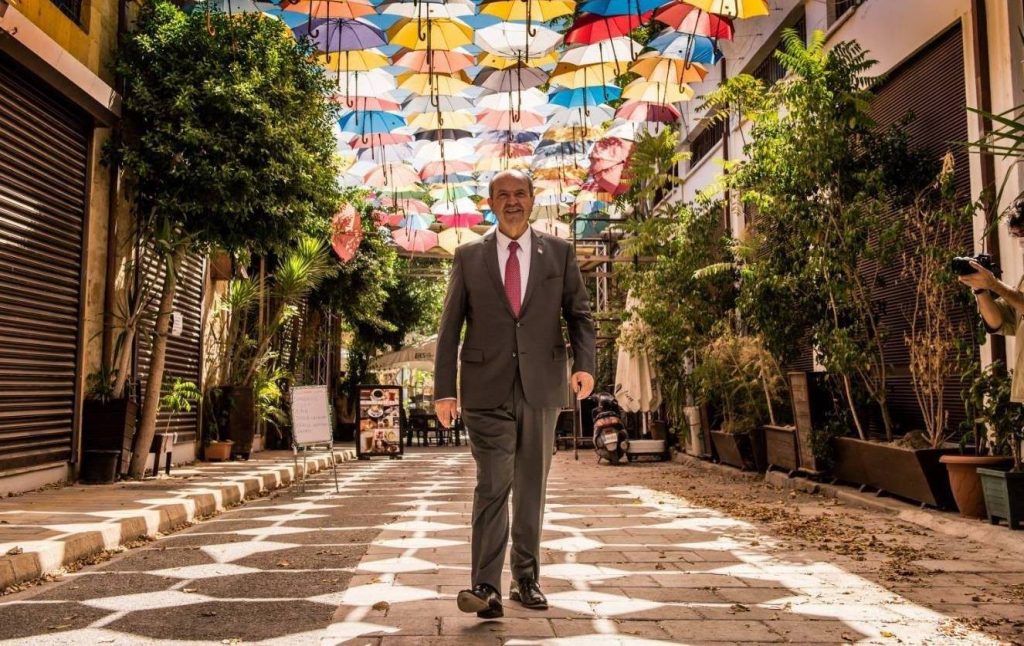 Turkish Cypriots have voted for change after backing Ersin Tatar at the polls. The challenger beat incumbent Mustafa Akıncı in the second round of the Presidential Election to become the 5th President of the Turkish Republic of North Cyprus.

The leader of the conservative National Unity Party (UBP) had received the most votes in the first round and was always ahead in today’s count in what proved to be a tight race, winning with 52% of the vote.

Using the campaign slogan “Yeni Bir Geleceğe Yürüyoruz” [‘We Are Walking Towards a New Future’], Mr Tatar had campaigned for an end to the dead-end federation talks with Greek Cypriots.

Pointing to decades of failed negotiations to resolve the Cyprus Conflict, which broke out in December 1963 Mr Tatar, who is currently the TRNC Prime Minister, claims Greek Cypriots have shown “no interest” in reaching a deal and sharing power with their Turkish Cypriot counterparts.

Mr Tatar is a strong advocate of a 2-state solution in Cyprus and has a close relationship with Ankara, which he sees as vital to take advantage of “new [political] conjectures in the region.”

In contrast, the incumbent Mustafa Akıncı had pledged to continue negotiating with Greek Cypriots for a bi-zonal, bi-communal settlement – a political model first put forward by the two Cypriot sides during the United Nations-backed High Level Talks in 1977.

President Akıncı argued the importance of remaining within these UN-agreed parameters, and that looking to advance the TRNC, which is only recognised by Turkey, is not feasible.

The veteran left-wing politician has dedicated his career to reconciling the divided island. Having initially enjoyed strong relations with Ankara, the left-wing leader later fell out with the Turkish government. One of the most strained moments came when he spoke against Turkey’s military intervention in Syria in 2019.

President Akıncı complained of Ankara’s interference in the Presidential Election, a claim rejected by the Turkish officials. His campaign slogan of “biat değil özgürlük” [“freedom not submission”] added to the polarisation in North Cyprus: while popular with left-wing supporters, who want to keep Turkey at arms’ length, it failed to resonate with the majority of the Turkish Cypriot electorate.

However, what is most likely to have cost Mr Akıncı a second term is his inability to convince voters that he could secure a different outcome with Greek Cypriots in the next five years, especially at a time when his relations with Ankara are so damaged.

Turkey had supported the TRNC President in offering significant concessions to secure a deal at Crans Montana in 2017, only for the Greek Cypriots to walk away.

Both Turkey and the Turkish Cypriot leader said at the time it was to be the last effort for a federal solution.

Today’s Presidential Election results, announced by the TRNC Electoral Board YSK after all 738 ballot boxes had been counted, show Mr Tatar as winning with 51.69% of votes to President Akıncı’s 48.31% vote share.

The President had won in the capital Lefkoşa (Nicosia), Lefke, and Güzelyurt (Omorfo), while losing to Mr Tatar in Girne (Kyrenia), Gazimağusa (Famagusta), and İskele.