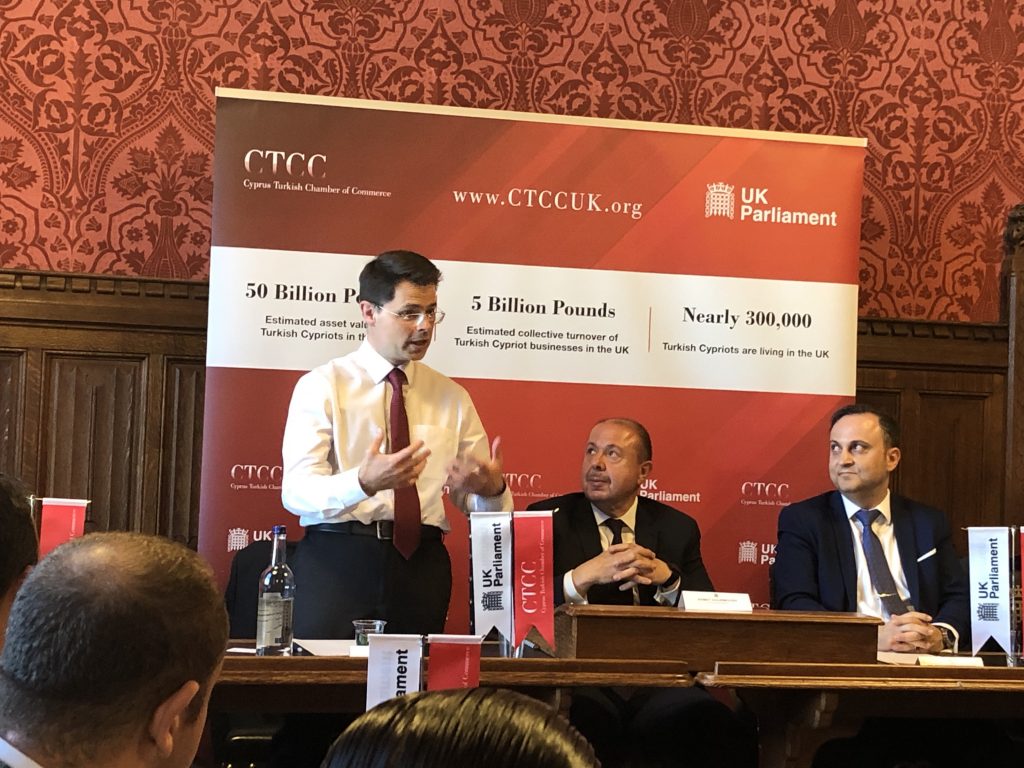 It was standing room only for a Brexit debate organised by Cyprus Turkish Chamber of Commerce UK (CTCC UK) in the House of Commons at the start of June. Over a hundred entrepreneurs came together to discuss the potential impact of Brexit and how that can be countered, with many airing their frustration and fears due to the ongoing uncertainty.

According to the business group, Turkish Cypriots are said to number nearly 300,000 in the UK and contribute £5 billion a year to the British economy. The event aimed to raise the profile of the community and allow direct engagement with members of the government.

Addressing the audience, CTCC UK president Muhammet Yaşarata said it was vital to see “some sort of outcome [to the Brexit uncertainty] regardless of what it may be, so that we can turn our minds to the issues that are potentially more pressing and more important to us.”

Condiments manufacturer Isik Vedat took to the floor to express his frustration at the “unpredictability” of Brexit, which he said “was adding significant costs” to his business. He explained that he had taken on another warehouse to stockpile essential supplies from Europe, fearing that a no-deal Brexit could lead to a shortage. Matters were further compounded by a drop in Sterling’s value.

Another businessman, Timur Ahmet, said his legal business had “lost £3.6 million” in annual revenue. He had been forced to close overseas offices as interest in investing in Britain, which he specialises in, had plummeted due to the uncertainty of Brexit. He called on the government “to compensate” businesses like his who were experiencing losses due to its failure to negotiate a deal with the European Union.

Questions on what Brexit could mean to the international isolation of North Cyprus were side-stepped by the panel. However, Ms Edhem expressed the opinion that “a government minister and potential Mayor of London” addressing Turkish Cypriots in Westminster “should speak volumes”.