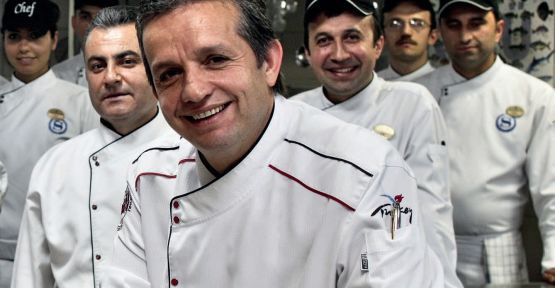 Now in its eighth year, Liverpool Food and Drink Festival have teamed up with the Turkish Tourism Board to bring the best of Turkish cuisine to Merseyside. This weekend, Turkey’s top chefs Zeki Açıkgöz, Koray Türk, Haşim Demirtaş, Kenan Gün and pastry chef Satılmış Çeribaşı will be cooking and demonstrating delicious Turkish dishes at Sefton Park.

Each year, the Festival transforms Sefton Park into a foodie’s paradise where talented local and international chefs serve up a giant feast, allowing visitors to enjoy both new and familiar culinary tastes from all around the world. There are multiple food zones to explore over the two days, including Street Food, Scotch Corner, Healthy Living, and the Heavenly Chocolate Garden. There’s also an interactive children’s zone and live music entertainment.

Alongside celebrity British chefs Valentine Warner and Rachel Koo, will be Zeki Açıkgöz, the head chef at the Sheraton Hotel, Ankara, and a host of other leading Turkish chefs who will be cooking up gastronomic treats that reflect the rich culinary heritage ofTurkey. Visitors to the Turkeymarquee will be able to learn about the techniques and recipes for both traditional and modern Turkish dishes, including mezes, meat and vegetarian meals, and pastries and desserts.

As this year’s main Destination sponsor is Turkey, the UK Turkish Tourism Board is also running a competition where one lucky winner will get the chance to go on a 5 star all-inclusive family holiday toTurkey, including accommodation, flights, transfers and a guided tour. See here for more details and visit the Turkey marquee during the Festival for your chance to win.

Ali Selçuk Can, Attaché of Turkish Culture and Tourism Office in London, said,

“Turkey has it all: brilliant beaches, rich culture and world famous cuisine. What’s more, it’s only four hours away on one of several routes from Liverpool John Lennon Airport. We wanted to give one lucky family a taste of the magic, which is why we’re offering this fantastic competition prize in conjunction with the Liverpool Food & Drink Festival.”

Main photo: Zeki Açıkgöz will be taking Liverpudlians on a gastronomic journey across Turkey this weekend. Photo: Özgür Bakır