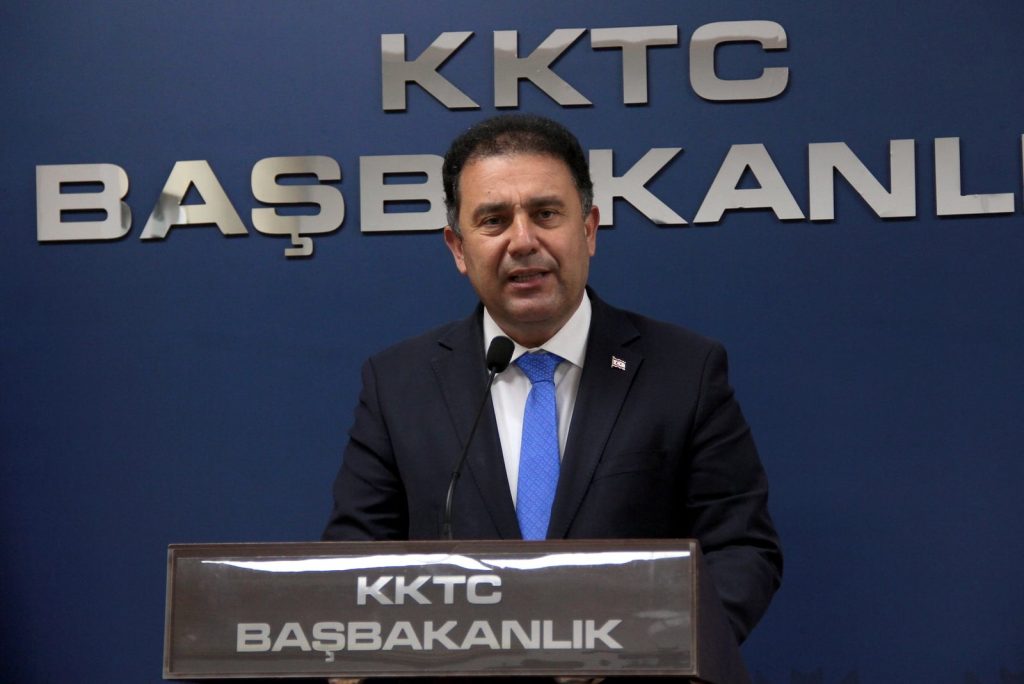 “I have just submitted my resignation as I observe that the government is no longer sustainable. Early elections must be called as soon as possible.”

Saner, who is the Acting Leader of the National Unity Party (UBP), blamed quoracy problems for the collapse of the UBP-DP-YDP government.

Led by the UBP, the three-way coalition comprising the Rebirth Party (YDP) and Democrat Party (DP) had had a difficult birth in December 2020 and only survived ten months.

The TRNC had been left without a government for eight weeks after the UBP-HP (People’s Party) coalition government had collapsed. First UBP and then the main opposition, the Republican Turkish Party (CTP), tried to form a new government without success, with no permutation reaching the majority 26 seats in the in the 50-seat TRNC Parliament.

UBP is the largest party in the current Parliament. However, two of its seats are essentially vacant, one formerly occupied by the President Ersin Tatar, the other by former Prime Minister Hüseyin Özgürgün, who has refused to return from Istanbul for the past two years to face corruption charges.

The minority UBP-DP-YDP government was eventually formed on 8 December, with the parties holding 25 seats between them: 20 for UBP, three for DP and two for YDP.

The coalition was further bolstered by the defection of three HP MPs, Hasan Büyükoğlu, Dr.Hasan Topal and Mesut Genç, who sat as independents, while offering their support to the new government in order to bring an end to the constitutional crisis in the country.

A relatively new party and its first time in government, YDP has proven to be a particularly difficult bedfellow for Saner. Leader Erhan Arıklı has regularly clashed with his UBP cabinet colleagues, most recently with Agriculture Minister Nazım Çavuşoğlu.

Police had to be called after a row between the two ministers over which of their ministries controlled bare land in the Kızılbaş district of the capital Lefkoşa intensified.

To complicate matters further, UBP will resume its leadership race at the end of this month. The run-off between Faiz Sucuoğlu, formerly the Work and Social Pensions Minister, and Hasan Taçoy, who was previously the Economy and Energy Minister, was called off suddenly last October.

UBP members will elect their new leader at their annual general meeting on 30 and 31 October. Four men are standing: Saner, Sucuoğlu, Taçoy, and veteran MP Zorlu Töre. Once this has been done, it’s likely the country will be formally on an election footing.

On Monday, 11 October, Parliamentary Speaker Önder Sennaroğlu said the government and opposition parties had agreed to hold a General Election on 6 February 2022. However, they had not been able to agree when the election period commences, which would restrict what appointments can be made by the government and also prevents new expenditure that has not already been authorised.