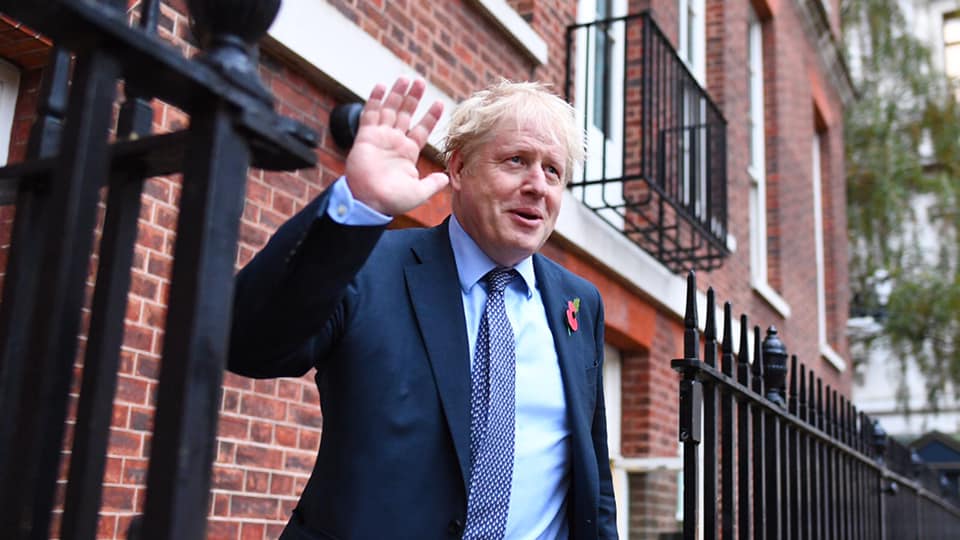 Ersin Tatar, the Prime Minister of the Turkish Republic of North Cyprus, has sent a message wishing his British counterpart Boris Johnson “a full and speedy recovery”.

The TRNC Prime Minister was among dozens of politicians in Britain and from around the world who issued public messages of support for Mr Johnson after it was announced that he had been moved to intensive care on Monday evening as his coronavirus symptoms “worsened.”

The British Prime Minister was admitted to St Thomas’ Hospital in central London on the advice of his doctor after showing “persistent symptoms” of COVID-19 on Sunday. He had been self-isolating for ten days.

Earlier today, a Number 10 spokesman said Mr Johnson, 55, was stable overnight and is not on a ventilator. The statement said:

“The prime minister has been stable overnight and remains in good spirits. He is receiving standard oxygen treatment and is breathing without any other assistance.

“He has not required mechanical ventilation or non-invasive respiratory support.”

On Tuesday morning, TRNC PM Tatar tweeted and shared on his Facebook page the following ‘get well’ message:

“We are sad to hear that Boris Johnson has been hospitalised by coronavirus. On behalf of the Turkish Cypriot people, I wish him a full and speedy recovery, and hope to see him back at Number 10 soon”.

Similar messages have been pouring in from across the British political divide and internationally.

Keir Starmer, the new leader of the main opposition Labour Party, said that the news of Mr Johnson’s condition was “terribly sad” and that “all the country’s thoughts are with the prime minister and his family during this incredibly difficult time.”

Terribly sad news. All the country’s thoughts are with the Prime Minister and his family during this incredibly difficult time. https://t.co/9Eh4ktiqTw

The Queen has also sent a message to Mr Johnson’s family and his pregnant partner, Carrie Symonds, saying they were in her thoughts and that she wished the prime minister a full and speedy recovery, Buckingham Palace said.

On Sunday, US President Donald Trump said that, “all Americans are praying for [Johnson],” adding: “He’s a great friend of mine. I’m sure he is going to be fine. He’s a strong man, a strong person.”

French President Emmanuel Macron wrote in a tweet: “ All my support goes to Boris Johnson, to his family and to the British people at this difficult time. I hope that he overcomes this ordeal quickly.”

I send all my support to Boris Johnson, to his family and to the British people at this difficult moment. I wish him a speedy recovery at this testing time.

Canadian Prime Minister Justin Trudeau sent his wishes to the British prime minister for a full and speedy recovery. “My thoughts are with you and your family right now. Hope to see you back at Number 10 soon.”

Ghanaian President Nana Akufo-Addo tweeted: “Our thoughts and prayers are with him and the British people at this critical time.”

Greek Cypriot leader Nicos Anastasiades issued the following message: “Our prayers and thoughts are with you Boris Johnson, with your family and the people of the UK.”

Surprisingly, there was no public message from TRNC President Mustafa Akıncı. It’s not known if the Turkish Cypriot leader has sent any message privately.