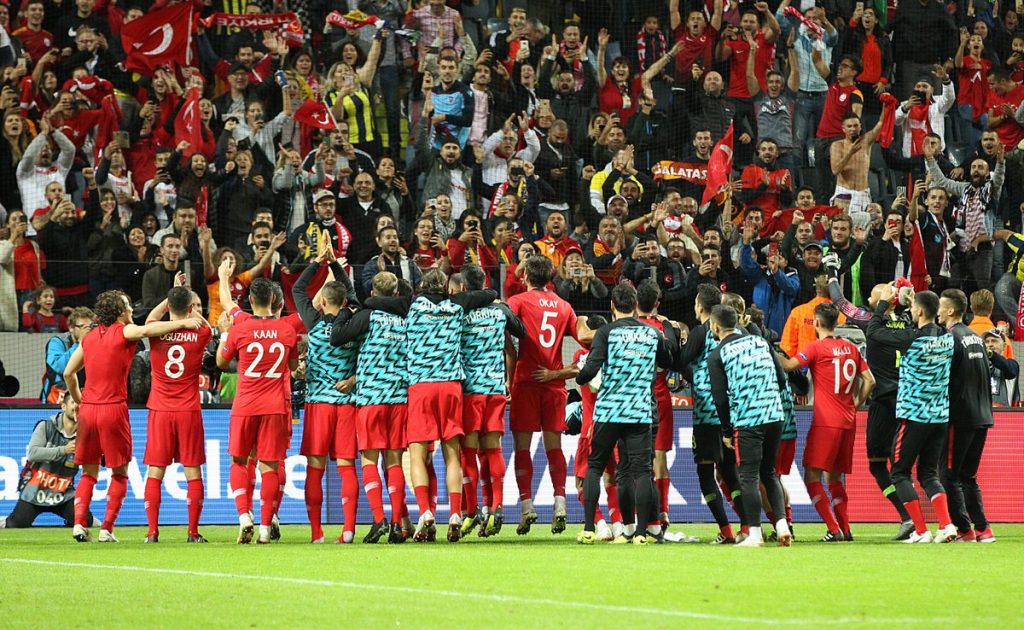 Turkey came back from 2 goal deficit against Sweden to beat the home side and record its first points in the UEFA Nations League. A stunning finale saw the Turks score two goals in the last five minutes of the game courtesy of super-sub Emre Akbaba, to win 3-2.

Played at the Friends Arena in Solna, Sweden, on Monday night, there were plenty of chances for both sides in this entertaining game. The World Cup quarter-finalists went ahead in the 34th minute with a goal from Isaac Kiese Thelin. When Viktor Claesson added a second soon after the half-time break, striking an unstoppable shot from 25 yards on the 49th minute, the Swedes looked like they were cruising to a comfortable win.

However, two minutes later the Turks got back into the game following a curling shot from Hakan Çalhanoğlu. Many more chances followed, but it was not until the 88th minute when Akbaba, on for Mehmet Topal in the 62nd minute, finished off a great move firing home from just outside the six-yard box.

The manner of Turkey’s victory against Sweden made up for a disappointing defeat against Russia three days earlier. Despite a spirited performance by the Turks, who dominated the game in large spells and created multiple chances, they ended up losing 2-1. The Russians edged an away victory with goals in either half by Denis Cheryshev and Artem Dzyuba, with Turkish centre-back Serdar Aziz scoring for Turkey just before half-time.

Following the first two games of UEFA’s new Nations League tournament, Turkey are joint leaders in their B2 group with Russia. The tournament, which features all 55 UEFA member countries, aims to give a competitive edge to normally meaningless international friendlies. The teams have been split into groups within one of four levels based on their international rankings. ‘A’ is the highest level and ‘D’ is the lowest level.

Turkey’s performances in both matches would have pleased coach Mircea Lucescu, who chose to field a relatively youthful side. A work in progress, the Turkish national side shows great promise for the 2020 Euros.