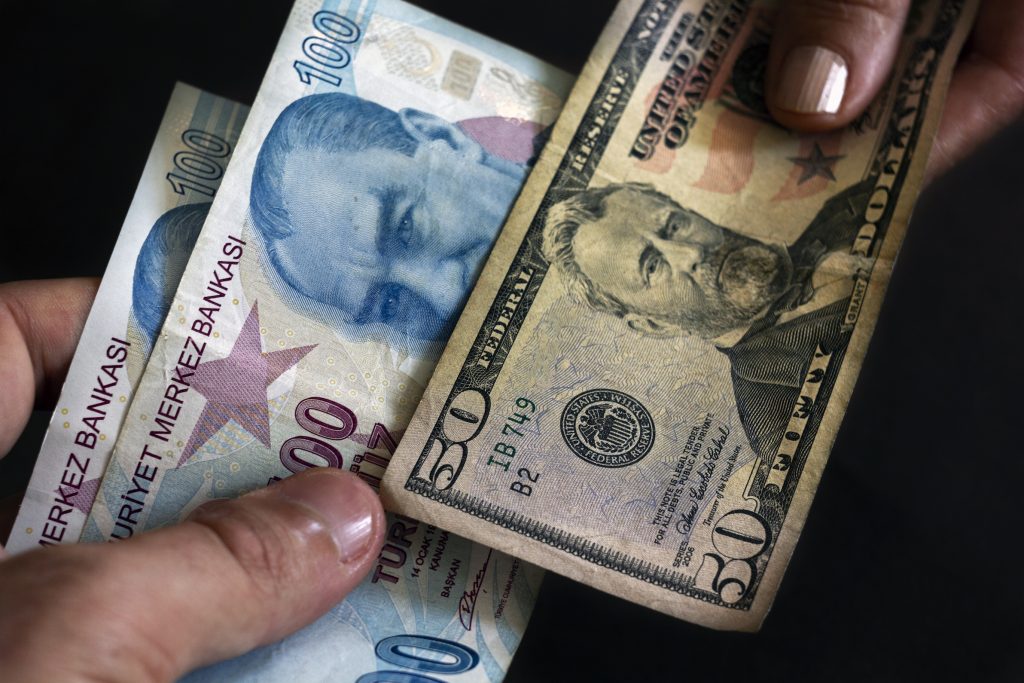 The Turkish lira has continued its downward slide this week, reaching a record-low against the dollar today.

One US dollar is now worth 7.23 Turkish lira, with the currency losing 18% of its value to the dollar this year.

The devaluation of the Turkish lira has meant the cost of borrowing has also shot up this week.

The fall comes despite Turkey’s Central Bank spending billions of dollars trying to prop its currency up.

A report in the FT says the back-to-back intense selling of the Turkish lira, “comes after investors were rattled by signs of dysfunction in the country’s money markets this week.”

Financial analysists believe Turkey’s Central Bank will be forced to increase interest rates to rein in the decline, which bears a strong resemblance to the financial crisis of 2018.

President Recep Tayyip Erdoğan is known for his opposition to high interest rates, and in the past year rates have dropped by over 15%. But having burnt through its foreign currency reserves in 2020, the Central Bank may have little choice but to reverse its policy to stabilise the lira and also prevent a hike in inflation.

The Turkish economy is expected to shrink by as much as 5% this year – the first major decline in over a decade.

In July, a survey of 42 leading economists in and outside found that the country was heading for a major contraction in the second quarter of up to 12.2%, followed by 3.1% in the third quarter. However, a report by Reuters says the same survey believes the Turkish economy will bounce back in 2021.