The Turkish Food Centre, or TFC as it is better known today, opened its first branch in 1979 when there was a high demand for, but virtually non-existent supply of Turkish groceries in Britain. Four decades on and owners TFC Holdings were celebrating the chain’s 40th anniversary with a plush bash at Park Lane Hilton.

Some 400 guests attended the event on Saturday, 30 November, including TFC executives, employees, and businesspeople from the UK, Turkey and Europe. TFC founder and chairman Hüseyin Uçar co-hosted the event with his son Can Uçar, the vice chair and CEO of the company, his daughter Şerife Suyur, and son-in-law Deniz Suyur.

In his welcoming speech, Mr Uçar Snr thanked his managers, business partners, suppliers, and family for their contribution to TFC’s growth. He said:

“TFC has been like a school, an example for other businesses that launched as grocers or wholesalers in this country. We have been contributing to both the British and Turkish economies. But what makes me happiest is being able to decrease our [community’s] homesickness a bit by providing our motherland’s tastes in a foreign country.”

TFC’s expansion from a small grocer into a multi-million pound business in forty years is impressive. The chain started its journey as a single outlet at the top of Ridley Road Market in Dalston, East London, and expanded rapidly. 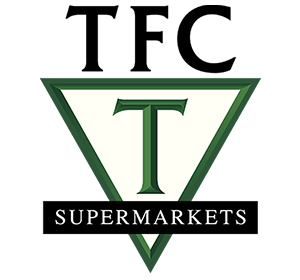 While some branches have closed in recent years, including those at Tottenham, Lewisham and Enfield, there are still nine branches across the London region, stretching from Croydon in the Southeast, to Welling in Kent and Waltham Cross by the M25 in North London, each one bringing its customers a rich selection of ethnic foods.

In addition to catering to consumer needs, TFC is also vital in the distribution of Turkish brands in Britain, selling into other supermarkets, as well as restaurants, takeaways and cafes. Food giants Pınar and Tamek, as well as pasta brand Piyale, herbal tea maker Doğadan, Öncü Salça (sauces and paste used by the kebab sector), and Turkey’s oldest coffee brand Kurukahveci Mehmet Efendi all enter the UK via TFC Holdings.

TFC’s sister company Tees is responsible for distributing Turkish alcoholic drinks such as Efes Beer and Doluca wine. The group also has its own brand Eda Quality Foods for pulses, spices and more.

In recent years, TFC has opened its own cash and carry (Esin) and became a member of Landmark Wholesale, improving its bargaining power with the UK’s big manufacturers and retailers. The business also underwent a major reorganisation, relaunching as a family holding. It currently employs 600 staff and has a turnover of £150 million.

He also said they are aiming to increase their turnover to £500 million in next seven to ten years.

The evening’s presenters were Ayşegül Bıçkıcı and Necati Tosun with live music from Melis Bilen and Olcay Bayır.

Main photo, top: TFC Holding CEO Can Uçar with his father and company founder Hüseyin at the TFC 40th anniversary gala at the Hilton Park Lane, London, on Saturday 30 Nov. 2019.