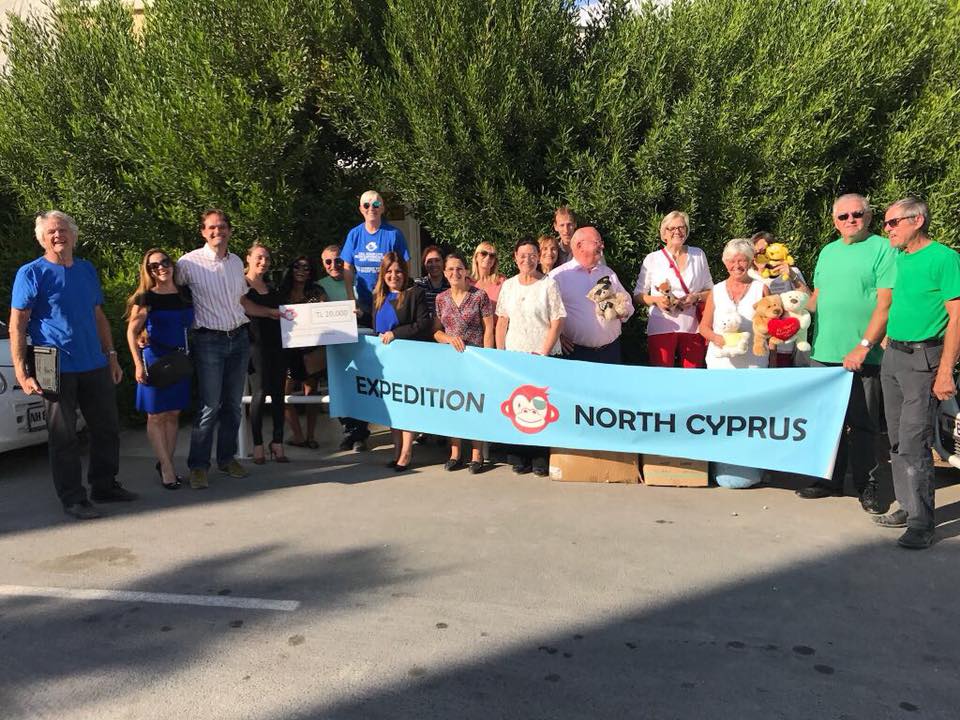 A group of pensioners embarked on an epic charity road trip across Europe, reaching their final destination of North Cyprus earlier this week. The Robinson Club, whose members are predominantly over the age of sixty, set off from Vorselaan in Belgium a fortnight ago on a mission called ‘Expedition North Cyprus’.

The first part of their road trip was to deliver 1,300 dolls for children to the Red Cross in Zagreb, Croatia. They followed this by travelling to a children’s home in Bulgaria, where they donated a collection of toys.

From here, they drove across Turkey before taking a ferry to the TRNC, arriving at Girne port on Monday morning. Among those to greet them were TRNC MP Hasan Taçoy and Girne Council Leader Nidai Güngördü. Mr Taçoy told press that this expedition was, “a real source of pride for us”.

On Tuesday, the Robinson Club visited SOS Children’s Home in the capital Lefkoşa, which they gifted with a donation of 5,000 Euros. They were then invited to meet President Akıncı and TRNC First Lady Meral Akıncı at the TRNC Presidency.

President Akıncı thanked them for their generosity and good will towards Turkish Cypriots. One of the group then presented the President with a Robinson Club t-shirt and a framed poem in Flemish dedicated to friendship with North Cyprus.