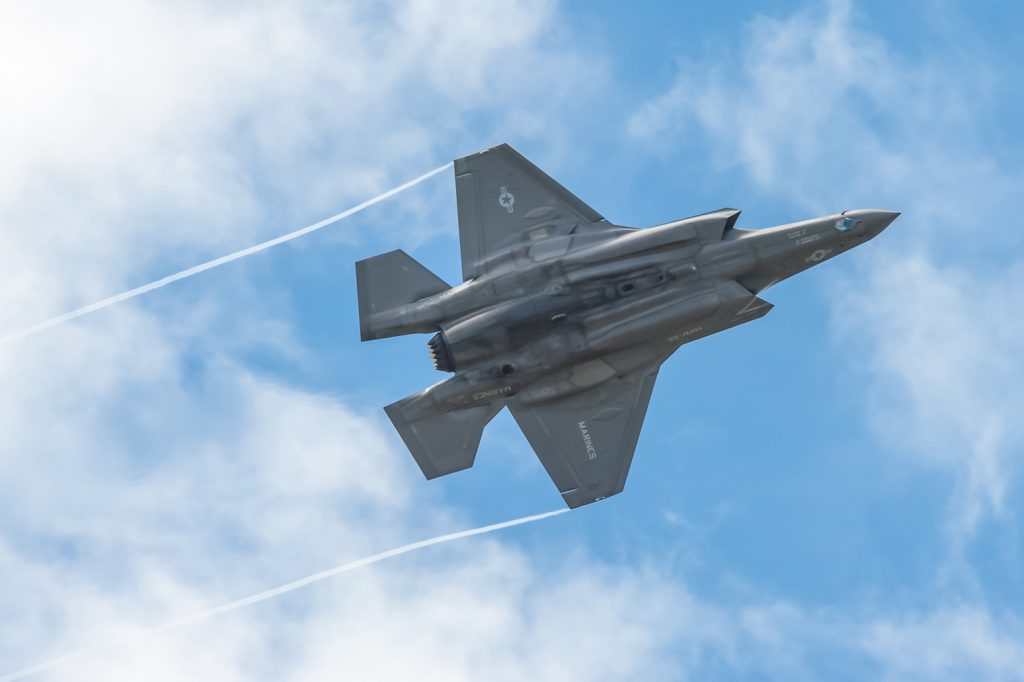 Removing Turkey from the US-led F-35 stealth fighter jet programme will be bad for NATO, its Secretary General Jens Stoltenberg has said.

The NATO chief made the comments on Wednesday, 17 July, the same day that the White House announced that Turkey’s continued involvement with the F-35 had been rendered “impossible”, just days after Ankara started taking delivery of Russia’s S-400 surface to air missile defence system.

Turkish defence companies produce almost 1,000 parts for the F-35 jets and Turkey has also signed up to purchasing 100 of the planes.

In parallel, efforts by Turkey to acquire missile air defence systems from the US ended without agreement, leading to it purchasing the S-400s – said by some defence industry analysts to be superior to America’s Patriot system – in 2017.

A Russian cargo plane made a 17thdelivery of S-400 components on Thursday, 18 July, Turkey’s defence ministry said. Turkey received the first parts on 12 July and expects to have the S-400s ready for action by April 2020, reports said. Turkish military personnel have already received training in Russia.

The US says the S-400s are incompatible with NATO systems and pose a threat to the F-35s. Responding to questions at the annual Aspen Security Forum in Colorado, where he was a speaker, Mr Stoltenberg said he was “concerned” by the latest developments.

“I am concerned about the consequences of the Turkish decision [to purchase S-400s] because it means Turkey will not be part of the F-35 programme anymore,” he said.

Turkish Foreign Ministry: “The fact that our proposal to form a working group has been left unanswered…is the most obvious evidence of the prejudice on the US side & the lack of will to resolve the issue in good faith”

Referring to a visit last year to a Lockheed Martin factory in Forth Worth, Texas, where the F-35 jets are assembled, Mr Stoltenberg continued: “I saw the production lines and I saw the different flags of the different allies … having planes coming out that production line, and there were also Turkish planes there.

“But now they will not be part of that. That’s not good, it’s bad for all of us.”

He said, however, that Turkey’s contribution to NATO “runs much deeper and much broader than the F-35” and that no other NATO member had called for Turkey to be excluded from the F-35 programme “because we all see that we are dependent on each other”.

“My responsibility is partly to try to help solve the issue. But as long as the issue is not solved, we need to minimise negative consequences.”

“We used the bases, infrastructure and Turkey played a key part in that fight,” he said, adding that Turkish troops are contributing to different missions and operations, such as in Kosovo and Afghanistan.

The decision by the US came despite President Donald Trump telling President Erdoğan last month that Turkey had been treated “unfairly” by the previous Obama administration.

The White House statement fell short, however, of announcing measures against Turkey under the Countering America’s Adversaries Through Sanctions Act.

“The F-35 cannot coexist with a Russian intelligence collection platform that will be used to learn about its advanced capabilities,” the statement said.

“The United States has been actively working with Turkey to provide air defense solutions to meet its legitimate air defense needs, and this Administration has made multiple offers to move Turkey to the front of the line to receive the U.S. PATRIOT air defense system.”

The White House statement described Turkey as a “longstanding and trusted partner and NATO Ally for over 65 years,” but said that by accepting the S-400 it had “undermined” commitments by NATO members “to move away from Russian systems”.

“This will have detrimental impacts on Turkish interoperability with the Alliance,” the statement continued.

“The United States still greatly values our strategic relationship with Turkey. As NATO Allies, our relationship is multi-layered, and not solely focused on the F-35.

“Our military-to-military relationship is strong, and we will continue to cooperate with Turkey extensively, mindful of constraints due to the presence of the S-400 system in Turkey.”

A press release from the Turkish Foreign Ministry said the “unilateral step” by the US authorities “contradicts with the spirit of alliance and does not rely on any legitimate justification”.

It said it was “not fair” to remove Turkey, “a main partner”, from the F-35 scheme and that claims that the S-400 system would jeopardise the F-35 jets were “baseless”. “The fact that our proposal to form a working group with the participation of NATO on this issue has been left unanswered, is the most obvious evidence of the prejudice on the US side and the lack of will to resolve the issue in good faith,” the press release said.

“The US should display commitment to its friendship with Turkey not only in rhetoric, but through action and particularly in the fight against … terrorist organisations.

“It is of great importance to maintain the understanding reached at the meeting between President Erdoğan and President Trump in Osaka, held in the margins of the G20 Summit.

“We call upon the United States to return from this mistake that will cause irreparable wounds in our strategic relations.”

Meanwhile the head of Russian arms producer Rostec has reportedly said it was ready to provide Su-35 fighter jets to Turkey.

“If our Turkish colleagues show a willingness, we are ready to work on supplying Su-35s,” Sergey Chemezov was quoted as telling reporters in Moscow.