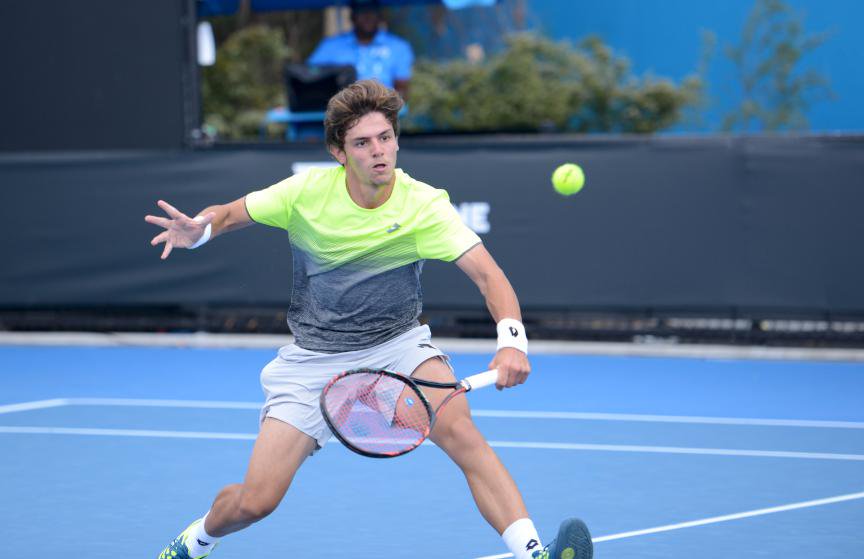 Teenager Yanki Erel has put aside disappointment of losing his first round Juniors match in Wimbledon to progress to the semi-finals of the Boys Doubles. 17-year-old Erel from Turkey and his Finnish doubles partner Otto Virtanen beat the fancied French pair Hugo Gaston and Clement Tabur in straight sets this afternoon.

On Monday, Erel had lost his first round match to France’s Arthur Cazaux, but the Turkish junior bounced back. He and Virtanen, who are unseeded in the Junior Doubles competition, beat the third seeded Gaston and Tabur 7-5, 7-6, with the second set going to a tie-break, which they won 7-5. The match was played on Court no.18 early on Friday afternoon and ran for just under one-and-a-half-hours.

The duo’s semi-final match will take place tomorrow, with the final of the Boys Doubles, should they progress, held on Sunday.

Erel and Virtanen’s semi-final opponents on Saturday will be the winners of the fourth quarter-final match taking place later today. British pair J. Story and H. Wendelken are up against Britain’s A. McHugh and his doubles partner T. Skatov of Kazakhstan.