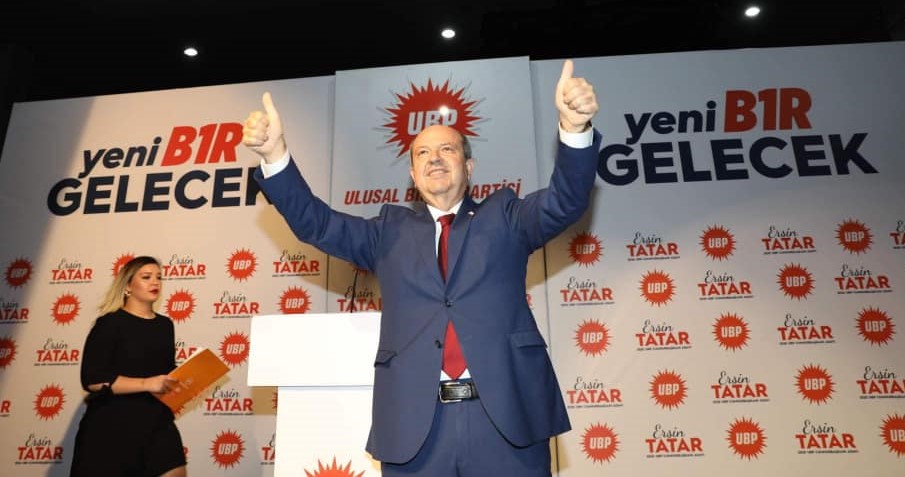 With less than three months to the election in April, the poll shows the TRNC Prime Minister would take 34.1% of the vote in the first round, while the incumbent Mustafa Akıncı would get 28.1% of votes.

In third place is Tufan Erhürman, leader of the left-leaning Turkish Republican Party (CTP), who is on 17.1%.

Those polled were asked who they would support if the run-off was between the top two. Mr Tatar emerges victorious with 44.8% backing him, compared to 40.6% for the President Akıncı. However, 14.6% are undecided about which of the two candidates they would back in the event of a second round vote.

Three of the politicians featured in the Gezici poll – President Akıncı, Dr Siber and Mr Denktaş – have yet to declare their candidacy for the TRNC Presidency.

On the question of policy – ‘What should the next TRNC President’s position on the Cyprus Problem be?’ – over half (53.1%) said they want a president who supports ‘an independent, 2-state solution’.

Of those polled, 35.6% want the TRNC President to prioritise Turkish Cypriot interests.

Just 8.2% of Turkish Cypriots want a President who supports a federal solution, which has formed the basis of the failed Cyprus talks these past 40 years.

A President promoting a looser, confederal solution would receive only 3.1% backing.

When people were asked which one of three possible political options they would choose to resolve the Cyprus Problem, the vast majority opted for a two-state solution:

On the question of how likely it is for a permanent settlement to be reached between Greek and Turkish Cypriots, only 12.4% believe this is possible, while 84.2% said they no longer believe such a deal will happen, with 3.4% undecided.

The poll also asked whether Turkey should remain as a Guarantor in Cyprus. The vast majority – 80% – back the continuation of Turkey’s role as a Guarantor power, while just 5.2% want it to end. Only 3% of the public would want the European Union and United Nations to become guarantors in Cyprus.

Over 40% would back UBP in a General Election

Gezici also asked the public which party they would vote for ‘if a General Election was called tomorrow?’ The results showed two thirds would back the centre right parties: UBP, HP, YDP, and DP.

UBP would win the election, but would most likely still need a coalition partner in the 50-seat TRNC Parliament:

A total of 3,264 people took part in the Gezizi TRNC 2020 Presidential Election poll, which had a total of 16 questions. The results were released to the media on 20 January 2020.

The TRNC’s Electoral Commission has announced that the Presidential Election will be held on Sunday 26 April.

Election rules and restrictions will apply from 1 March 2020.