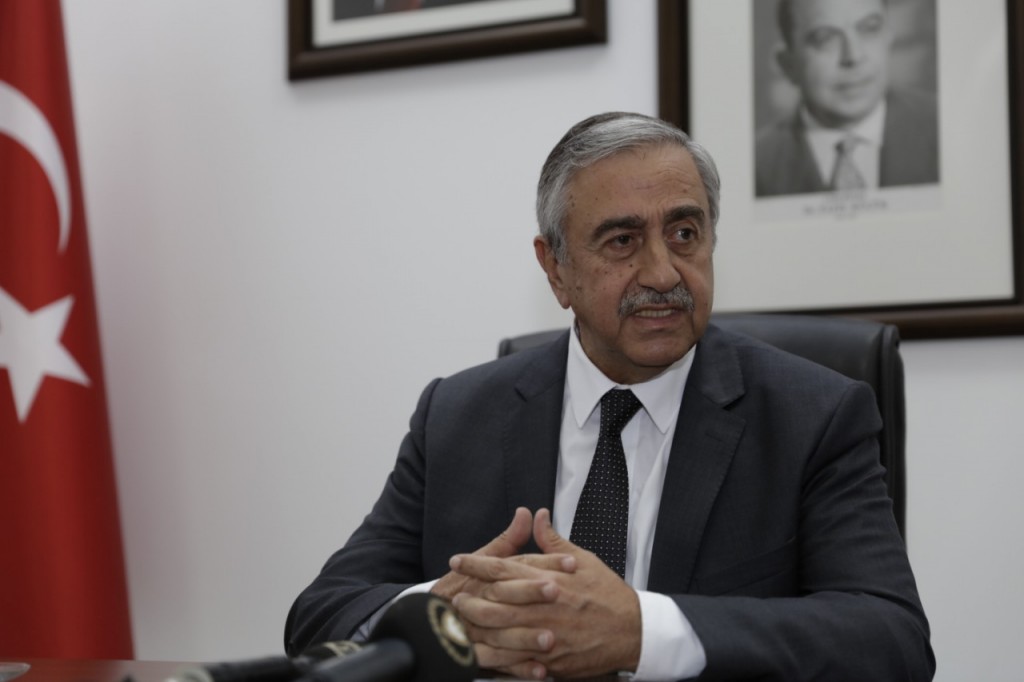 The chairman of the British Turkish Cypriot Association, Mr Ersu Ekrem, has written to President Akıncı, stating his association’s fears about the final outcome of the Talks.

Comparing the present stage to the run-up to the 2004 Annan Plan, Ekrem says that, once more, ordinary Turkish Cypriots are not being involved in the process, which will in turn mar the outcome: “our population has not been party to any reliable information or participation in a decision about their future safety.”

“Therefore we can only join the politicians whom you have recently complained about in forming a NO vote to the uncertainty brought about by the closed shop discussion and contradictory statements made by your Greek Cypriot counterparts and their media.”

Ekrem goes on to ask who President Akıncı proposes to exclude from voting and citizenship under the proposed Turkish Cypriot population limit of 220,000: “How can you limit your own people from their right to return and invest in their own country?”

He asks if the property of EVKAF, a Turkish Muslim trust, which occupies 14% of the current landmass of South Cyprus, has been discussed during the Talks.

Most important of all, he asks what arrangements are being made for settling domestic and business property claims, and forecasts the arrangements will cause “civil unrest” and “huge economic loss”. The full text of the letter can be found at the end of this article.

Chairman Ekrem ends by asking President Akıncı to provide “a well-established settlement that will bring stability,” rather than a last-minute YES or NO vote.

Ekrem, who sent the original letter on September 16, told T-VINE this week that he had not yet had a reply from President Akıncı, although press interest had been “very encouraging”.

He added: “The BTCA has been planning this for some time, because we have been dismayed at the continuing rumours appearing from the Greek Cypriot side, and the absence of reaction from our President and Chief Negotiator.”

“The BTCA would very much welcome a visit to London by President Akıncı, to explain the progress made on all these points, combined with talks with the British Government and the Foreign and Commonwealth Office.” 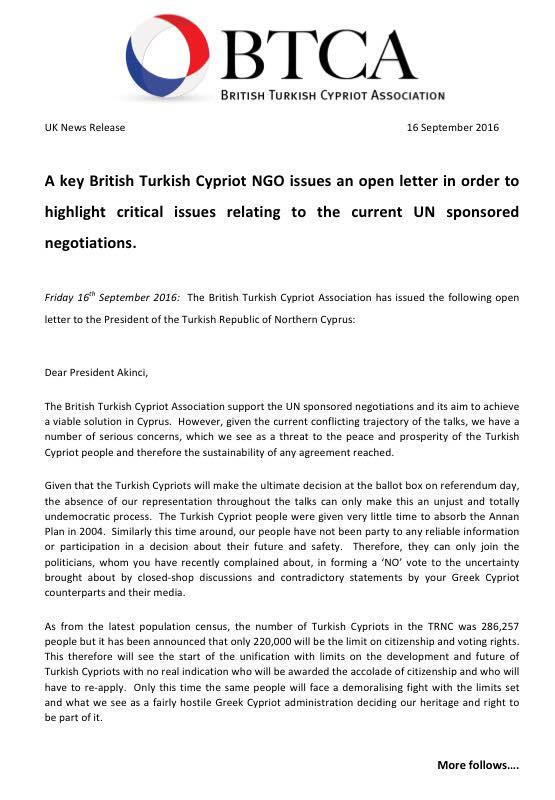 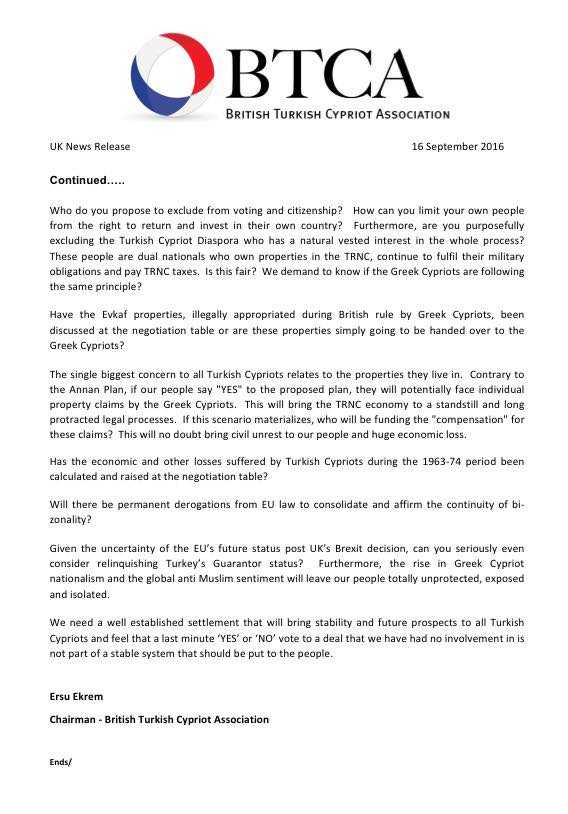