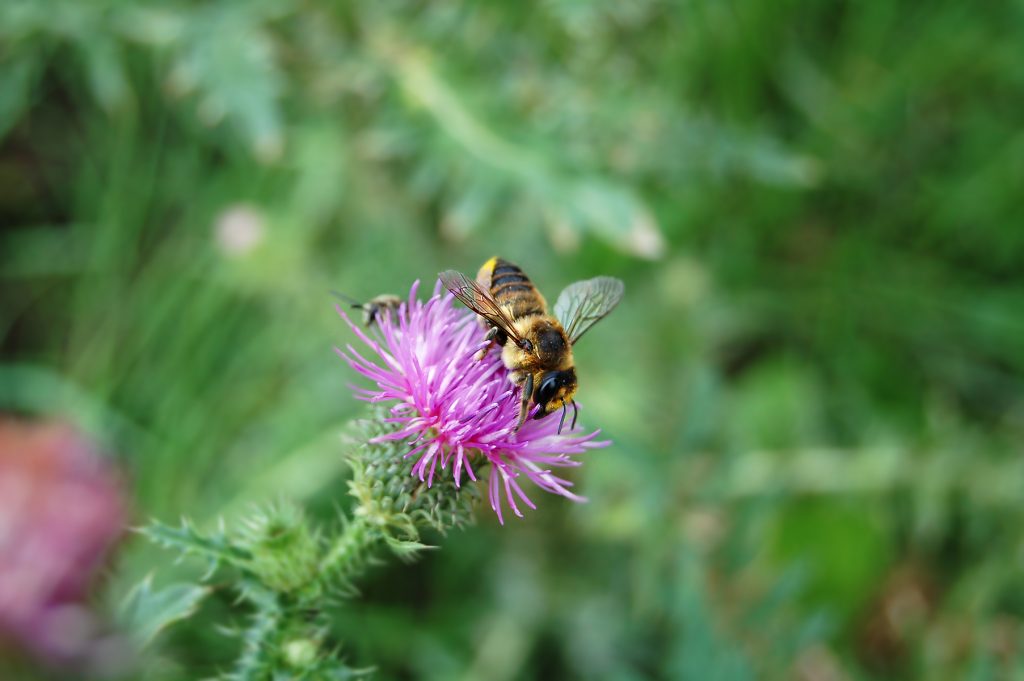 A bee condemned to death after it was reportedly brought into the UK from Turkey in a holiday family’s luggage could actually be British, an expert has claimed.

Cocoons made of petals left behind by the insect at the home of a family in Bristol were too “untidy” to belong to the “foreign” Osmia avosetta species, David Notton, chief bee curator at London’s Natural History Museum, told the Daily Telegraph newspaper. The nests were more likely to belong to the Patchwork leafcutter bee (pictured above), Megachile centuncularis, which is native to the UK, he said.

The “stowaway” bee hit headlines around the world recently after it was discovered by the Toy family, who had returned from a break in Dalaman, Turkey.

Ashley Toy, 49, and his daughter Amelia, 19, contacted officials after spotting what they believed be an Osmia avosetta bee – a species said be found only in Turkey and Iran. They watched as the bee flew “in and out of their house with petals”, reports said.

The British Beekeepers Association (BBKA) warned that the bee, if proven to be of the Osmia avosetta variety, could have a “devastating effect” on British bees by spreading “deadly viruses” or “multiply and eventually out-compete” them.

A “swat team” from the government’s Animal and Plant Health Agency (APHA) had planned to capture the bee for “formal identification and destruction”, but it buzzed off before they could arrive. The cocoons have reportedly been taken away for DNA analysis.

“Before returning to the UK you should check your luggage, especially if it has been kept outside during your trip,” an APHA spokesman said.

“If you do spot an insect on your return to the UK you should report it with the dates and places you went on holiday, and ideally a photo of the insect.”

Former BBKA president Tim Lovett told The Telegraph that while the government reaction was “understandable” the bee on its own was “unlikely to pose a threat”.

“To be dangerous it would need to set up a viable home and start breeding, and if it hasn’t brought a mate with it then the chances of that must be next to none,” he said.

In a separate story by the newspaper, Mr Notton was quoted as saying that the species of the bee is “obviously different from Osmia avosetta”.

“For example, the pollen brush under the tail is bright orange, whereas it is white in Osmia avosetta,” he said.

“The nest is consistent with a nest of Megachile centuncularis in size, shape, situation.

“The nest of Osmia avosetta would be smaller, tidier in appearance, made with different petals, for example Sainfoin.”

Had the bee been of the Turkish species its nests would “probably have been burrowed into the ground,” Mr Notton added.