We owe British residents an apology 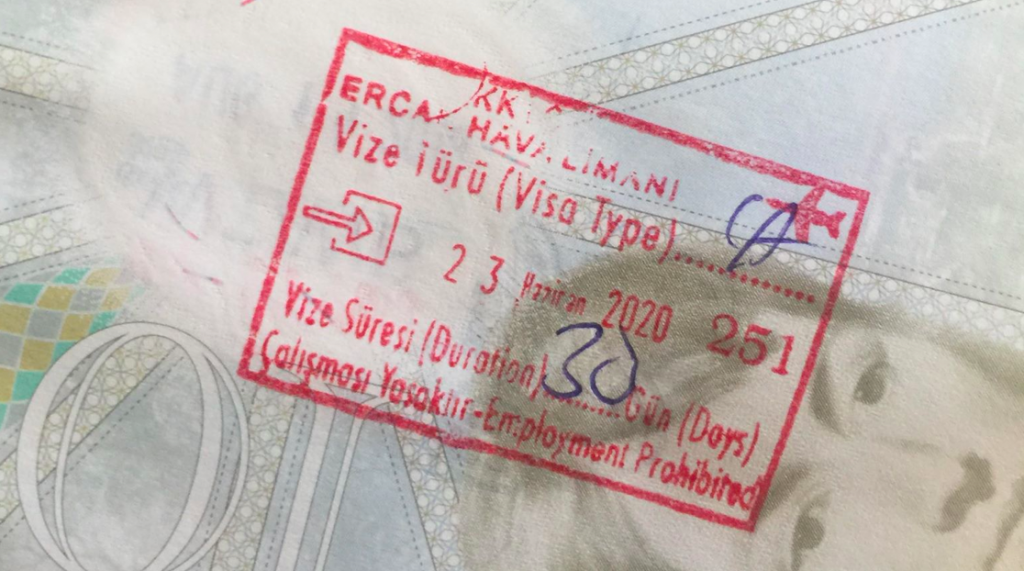 On June 23 at around 6pm a disabled woman in her 80s stood on the tarmac at Ercan Airport, supporting herself on crutches, heart heavy with the fear of deportation.

She and her husband were one of a number of people who had been asked to step off the passenger transit bus by the police and told they had no right to be in the Turkish Republic of Northern Cyprus (TRNC). The couple have been living in the TRNC for 15 years.

They remained on the tarmac for three hours, after which they were told they had permission to stay for 30 days.

This woman had left her home in North Cyprus in March to return to the UK to see her terminally ill son. She did her final duties as a parent, burying him in Britain, but was then caught out by the Covid-19 border closures and was denied access to the place she has called home these past 15 years.

This is one of a dozen heart-breaking personal stories I’ve heard in my role facilitating repatriations of Britons back to North Cyprus.

The flight from London Stansted to Ercan on Tuesday was the culmination of a three month wait. The Council of Turkish Cypriot Associations in Britain (CTCA UK) had sent several letters to the TRNC Foreign Ministry, and worked with others lobbying the government to allow the expatriates home.

It took until 29 May – nine weeks after our first appeal – for the TRNC Council of Ministers to make a decision that granted this woman and 109 others stranded in Britain “permission” to return to their homes.

The Turkish Cypriot government’s announcement that non-TRNC citizens who are permanent residents can return if they can find a route back was welcome, but things just got more confusing and difficult for them after this point.

They faced a nervous 12-day wait for their residency to be checked and confirmed by the TRNC Interior Ministry. Then there was the disappointment of their repatriation flight being delayed (they were initially due to fly back on June 20).

On arrival at Ercan, they had the trauma of being asked to get back onto the aircraft because of “issues” with their paperwork. And then finally, finding out that due to delays at the airport their accommodation at the pleasant Riverside Garden Resort, which they had been told would be their mandatory coronavirus quarantine home for 14 days at a cost of 4,400 TL/ £515 each (unlike returning TRNC citizens, for whom the government pays), can no longer accommodate them.

One pensioner, who has no friends or family in the UK to accommodate her, had no choice but to dip into life savings to cover Airbnb costs during her enforced stay in the UK, which racked up to £3,000 and that’s on top of the £1,500 she had to pay someone to look after her home and pets in the TRNC.

There are residents who will have to face astronomical parking fees having left cars in public car parks, as they were only planning on being away for a few days! Financial penalties added to the emotional trauma of being denied the right to return to their homes. All this they accepted and endured because of the extraordinary situation the world found itself in battling to contain the coronavirus pandemic. But their treatment at the hands of the TRNC authorities has left them broken hearted.

If the TRNC government wanted to send out a message that people who have chosen to make North Cyprus their home, who set up businesses and are making a positive contribution to the economy, some of whom have invested their life savings in the TRNC, are second class citizens (ah, correction – even those who’ve spent 20 plus years in the TRNC are denied citizenship) and that they aren’t welcome, they’ve certainly communicated that message.

These are the same people that write letters to British politicians, the United Nations and European Union supporting our fight for Turkish Cypriot rights and international recognition.

Our culture reveres and treasures our elderly. We open doors, give up our seats, go out of our way to help our parents and grandparents. How is it that we managed to treat this group, largely made up of pensioners, with such disregard?

If the mistreatment of these residents, most of them in their 60s and 70s, is due to a breakdown in “inter-departmental communication” then they are owed an apology.

For the Council of Ministers, I recommend they read ‘The Silo Effect’ by Gillian Tett.

On behalf of British Turkish Cypriots, I apologise for the way this group of TRNC residents have been treated.

Sonya Karafistan is the General Secretary of the CTCA UK, who has been helping to repatriate British and TRNC citizens, to and from the UK during the Covid-19 pandemic.