Where’s the justice? Remembering the 1992 Khojaly genocide when 613 Azerbaijanis were murdered 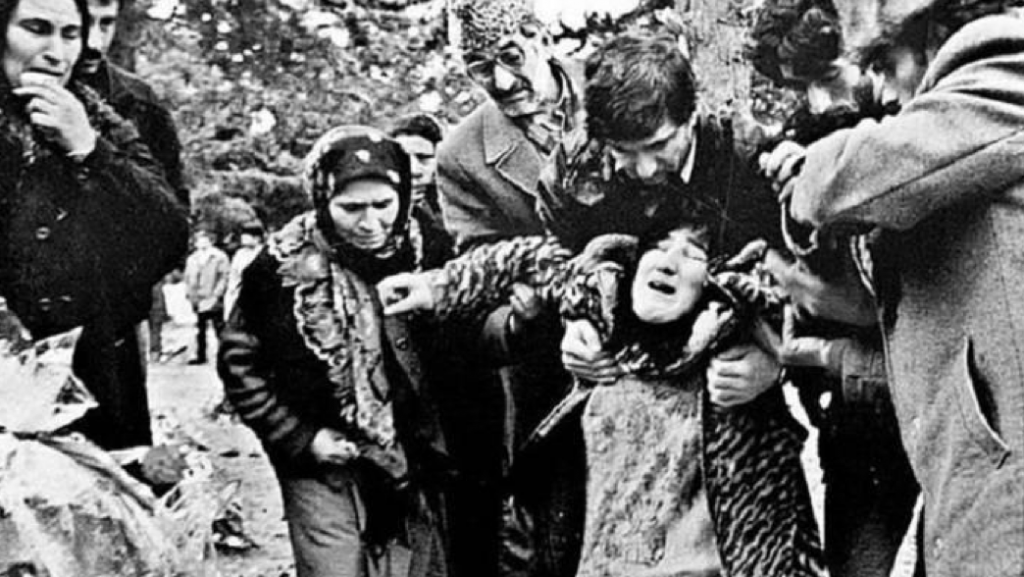 Today marks the thirtieth anniversary of the Khojaly genocide. It is the most horrific massacre mankind has witnessed in recent years.

In one night, 613 Azerbaijanis, including women and children, were slaughtered in the most brutal fashion as they tried to flee to safety. This grave event is a crime against humanity.

Thirty years on from the Khojaly genocide of 26 February 1992, it is necessary for the whole world to remember what happened in Khojaly to deter such terrible events occurring again in the future.

Leading international media all covered the Khojaly genocide at the time. Below are a few extracts of accounts of the horrific events of 1992 that were published by major newspapers around the world.

New York Times, March 3, 1992: “Today, new evidence has been obtained about the genocide committed by Armenian servicemen against Azerbaijani civilians in the Nagorno-Karabakh region. The scalp of women and children was peeled off…”

Reuters photographer Frederick Lengan said he saw the bodies of Azerbaijanis loaded into two trucks near Agdam: “Some of them were beheaded, many were burned …”.

Sunday Times, March 1, 1992: “… Armenian soldiers opened fire on Azerbaijanis and bayoneted them. Most of them were children and women. Hundreds, perhaps thousands, of people are missing and dead. The occupiers killed soldiers and volunteers defending women and children.”

The Times, March 2, 1992: “Anatol Liven was shot while gathering information about a massacre committed by Armenian troops. As we descended the snow-capped mountains of Nagorno-Karabakh, we saw scattered corpses. Apparently, the refugees were shot while fleeing…

“When we returned to Agdam, we looked at the bodies collected by a civilian helicopter. Two old men and a little girl were drenched in blood, and their hands and feet were frozen.”

As a result of the Khojaly genocide, 613 residents of Khojaly, including 63 children, 106 women, and 70 elderly people, were killed. Eight families were completely wiped out, while 25 children lost both parents and a further 130 children lost one parent.

A total of 487 people, including 76 children, were wounded by enemy bullets. 1,275 people were taken hostage. The fate of 150 captives, including 68 women and 26 children, is still unknown.

We need accountability, we need justice

To date, no one has been held responsible for these atrocities. It is unthinkable that those who allowed, and perhaps even encouraged, these war crimes have not been made to account for their evil acts.

Former Armenian presidents Robert Kocharyan and Serzh Sargsyan both commanded the Armenian armed forces during the First Nagorno-Karabakh War. Unfortunately, instead of being punished for their roles, they were elevated to the most senior positions in their society.

In the run-up to the thirtieth anniversary of the Khojaly genocide, Ilham Aliyev, the President of Azerbaijan, has signed an order to ensure the precious memory of our compatriots killed during this tragedy is once again commemorated with deep sorrow.

The document has assigned the Presidential Administration of the Republic of Azerbaijan to develop and implement an action plan to remind the world about the Khojaly genocide.

To date, Mexico, Colombia, the Czech Republic, Peru, Bosnia and Herzegovina, and other countries, as well as about 20 US states, have officially recognized the Khojaly genocide.

In addition, documents related to the Khojaly genocide have been adopted in various countries and international organisations, and this process continues.

The Khojaly genocide took place before the eyes of the whole world. Thanks to extensive coverage in the world press, there is plenty of independent information and evidence about these brutal killings.

The collective desire of the Azerbaijani people is that we do not live through such crimes against humanity ever again. Therefore, we call on our colleagues around the world to shed more light on this dark chapter in human history and to support our quest for justice.

Today, on the 30th anniversary of the Khojaly massacre, we urge all countries to publicly recognise and condemn this act of genocide.

This article was written by Ali Zulfugaroglu, who writes for Azerbaijan daily the Popular Front, and Elnur Elturk, an expert on the Azerbaijani and Turkic Diaspora