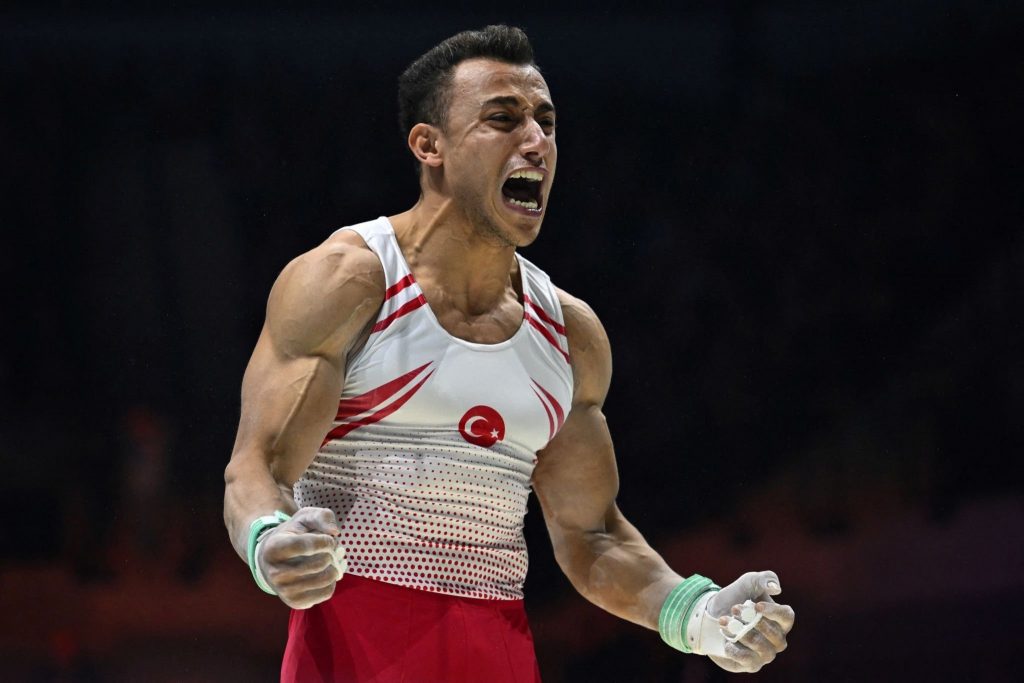 Adem Asil’s year just keeps on getting better. The Turkish gymnast added to the silver medal he won earlier this year at the European Championships with a gold at the World Gymnastics Championships in Liverpool following a superb display on the rings that culminated on Saturday, 5 November.

The athlete scored 14.933 with his performance in the finals to come first, just ahead of China’s Zou Jingyuan, who picked up his second medal in Liverpool, and Britain’s Courtney Tulloch, who won his very first medal at a world championships.

The three medallists had shown their capabilities early in the competition, leading throughout. Each qualified to the final round with a score of 14.666, with Jingyuan and Tulloch edging Adem on the board after posting higher execution scores.

Yet the Turkish gymnast saved his best to last, delivering a stunning performance on the rings to take gold, leaving Zou to settle for silver and Tulloch the bronze.

Asil’s first place on the podium makes him only the second gymnast from Turkiye to be crowned a world champion. He explained what he meant to him after the win in this interview with the tournament media team:

“I can’t explain my emotions,” Asil said. “I’m so happy because my first world medal is a gold. It is a second world championship gold for Turkey, so I am very happy.

“I just can’t explain how I feel. I am over the moon! I worked very hard and finally here I am, a world champion. I finally made it! I can’t believe it.

“It was our hope to win gold, but for Turkish gymnastics it’s going to be awesome. And at the next competition we are going to gain more medals, I hope,” Asil said.

Talking about his own performance, the Egyptian-born athlete said: “I can do more difficulty, I think. I can see the other gymnasts are so strong, so I will have to improve.”

The Turkish Embassy in London was among the first to share the good news from Liverpool and to congratulate Asil on his victory, posting this message in Turkish on their social media pages:

“We congratulate our national athlete Adem Asil, who won the gold medal in the ring apparatus final at the ongoing World Artistic Gymnastics Championships in Liverpool and made our country proud as the world champion.”

The World Gymnastics Championships Liverpool 2022 saw over 500 gymnasts from 74 countries compete at the M&S Bank Arena from 29 October to 6 November 2022. The Championships was one of the largest international sporting events ever to be held in the city.