Yeşilçam and Cyprus on film: a trip down memory lane at the Beyoğlu Cultural Festival 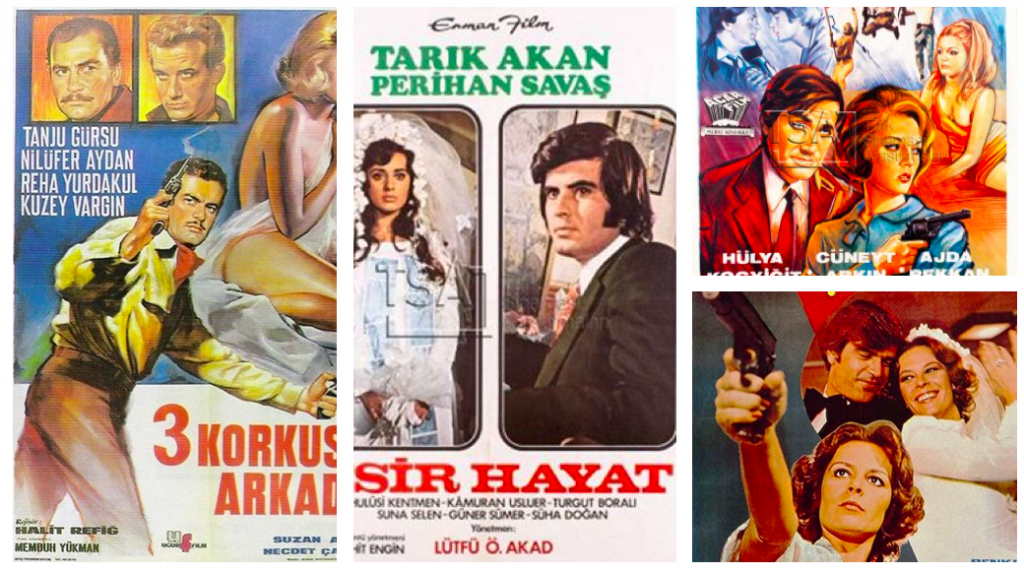 Cyprus is featuring on the programme of a major cultural festival in Istanbul. Four films set in Cyprus and produced by legendary Turkish studios Yeşilçam are being screened as part of the Beyoğlu Kültür Yolu Festivali.

The Beyoğlu Kültür Yolu Festival started on Saturday, 30 October, and runs for two weeks. The multi-cultural festival encompasses film, music, dance, literature, talks and much more, with events being held in a variety of venues across the Beyoğlu district of Istanbul, including Galataport, Tophane, Galata Kulesi, and the newly built Atatürk Kültür Merkezi (Atatürk Cultural Centre).

The Cyprus part of the programme has been curated jointly with Seniha Birand Çınar, the Istanbul Consul General for the Turkish Republic of North Cyprus (TRNC).

The films are being screened at two different cinemas, Tarık Zafer Tunaya Kültür Merkezi and Atlas 1948 Sineması: see below for screening dates and details.

The Beyoğlu Kültür Yolu Festival is supported by the Turkish Ministry of Culture and Tourism.