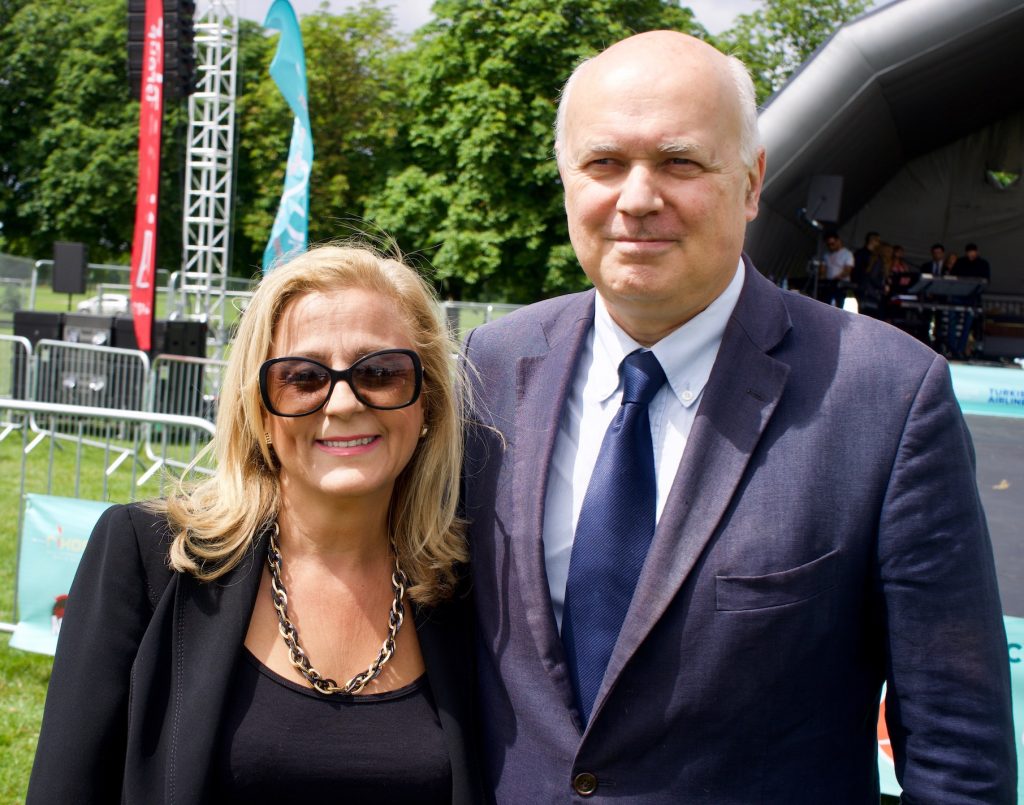 On Thursday, 12 December, the United Kingdom will head to the polls in a bid to break the current Parliamentary deadlock, in what is sure to be a pivotal moment in our country’s history.

For the Conservative Party, this election is about getting Brexit done. Ever since the UK voted to leave the European Union in 2016, the government has been trying to implement the will of the people, but has been repeatedly thwarted by Parliament.

If the voting public returns a Conservative majority government, we will implement the deal Prime Minister Boris Johnson negotiated with the EU in October and then push on with other vital works, including the NHS, climate change, and tackling violent crime.

Sitting alongside these vital national issues are a host of other important considerations. Many British Turkish Cypriots also care passionately about their ethnic homeland, which has been internationally isolated for decades.

Despite voting for unification in the 2004 Annan Plan, and promises by the British government, among many others, to end their unjust isolation, Turkish Cypriots continue to live as second class citizens. They are still barred from trading directly with the EU, cannot play football matches with international opponents, or post a letter or make a call directly to the rest of the world.

With so many other major issues competing for politicians’ interests, the plight of Turkish Cypriots is often overlooked.

One MP who has not only listened to his Turkish Cypriot constituents’ concerns, but acted upon them is Iain Duncan Smith. The MP for Chingford and Woodford Green and a former leader of the Conservative Party, Iain has made repeated calls for direct flights to North Cyprus.

All of us cannot understand why in 2019, some Cypriots can fly directly from British airports to Larnaca and Paphos, while those flying to Ercan Airport have to endure a touch-down in Turkey and change planes, adding time, cost and huge inconvenience to passengers. He has described it as “manifestly unfair” and he is determined to help his Turkish Cypriots constituents resolve this issue.

In the past few years, he has arranged for community members to meet with Transport Minister Chris Grayling and when he was Foreign Minister, Boris Johnson, to discuss how direct flights can be achieved. At the very least, our community wants the UK to stop its insistence on disembarkation in Turkey, which is hurting the elderly, parents with young children, and others with limited mobility.

We need Iain to remain an MP to continue the pressure on the Government, so all his Cypriot constituents can finally enjoy the same rights.

He is also a fantastic MP for his local area. In recent years, Iain has helped Whipps Cross Hospital receive £400 million for essential rebuilding works, campaigned for more funding for every local primary and secondary school, and the recruitment of more police officers. He is also opposed to high-rise, high density overdevelopment, the new incinerator for Edmonton, and Labour’s plans to charge motorists £12.50 to drive inside the North Circular.

This opinion piece is by Conservative Councillor Ilkay Isa, who represents Chingford Green ward on the Council for the London Borough of Waltham Forest.