This year’s Turkish Cypriot Cultural Festival will see the addition of a second stage: The Mid Summer Ball, featuring a who’s who of DJs and artists from the community performing a perfect mix of urban dance music.

The stage adds an important new dimension to the TCCF, which since its inception in 2017 has focussed on celebrating traditional Turkish Cypriot culture. For its third year, the event organisers CTCA UK (Council of Turkish Cypriot Associations in Britain) have sought out performers in the community which have specialised in British music, ensuring the festival brings together the broadest mix of Turkish Cypriot talent.

The Mid Summer Ball (MSB) stage will not only be a brilliant showcase for British Turkish Cypriots, but also means the club night comes full circle. First launched at Lion’s Garden in Mağusa, North Cyprus, in 2005, MSB made history with its world class line-up of DJs and MCs on a night attended by over 4,000 people. Over a decade later, the annual event continues to offer a platform for leading and emerging Turkish Cypriot artists.

See the next issue of T-VINE, where MSB founders Hass ‘J Junior’ Redif and DJ Ramsey give an exclusive insight into the evolution of their iconic night.

And for those in and around London, here’s the full line-up for the Mid Summer Ball stage at the Turkish Cypriot Cultural Festival, which takes place on Sunday 30 June at Enfield Playing Fields, Donkey Lane. 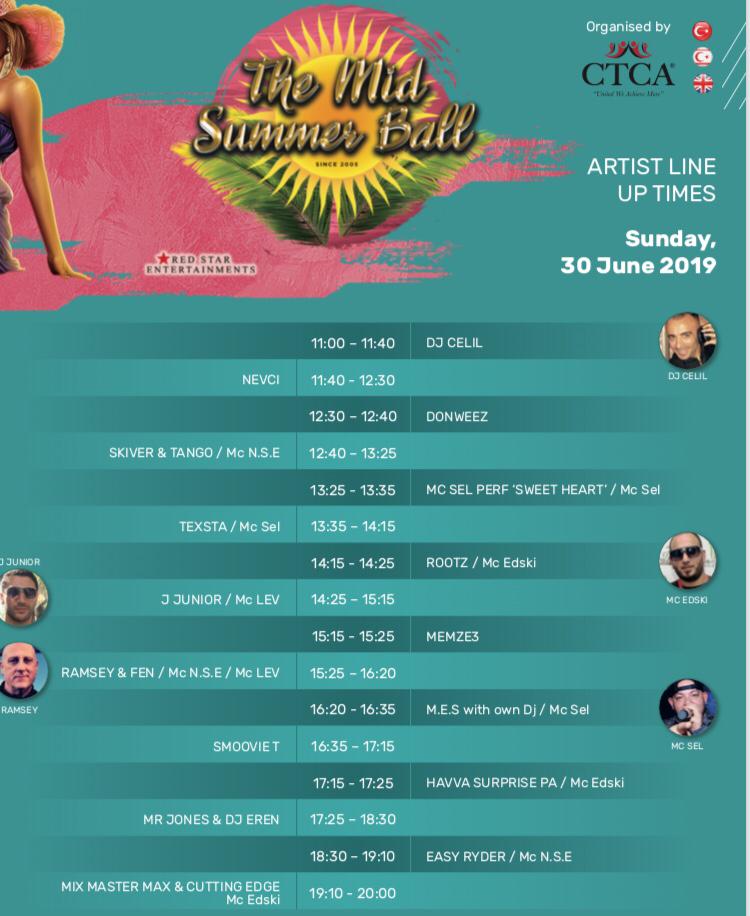 Entrance is just £2 (all profits go towards raising money for new community buildings in North and South London).

This family-friendly festival will have a Turkish stage, funfair, donkey rides and children’s space, as well as stalls selling delicious food, arts and crafts, and much more. Tickets and information available from Eventbrite.