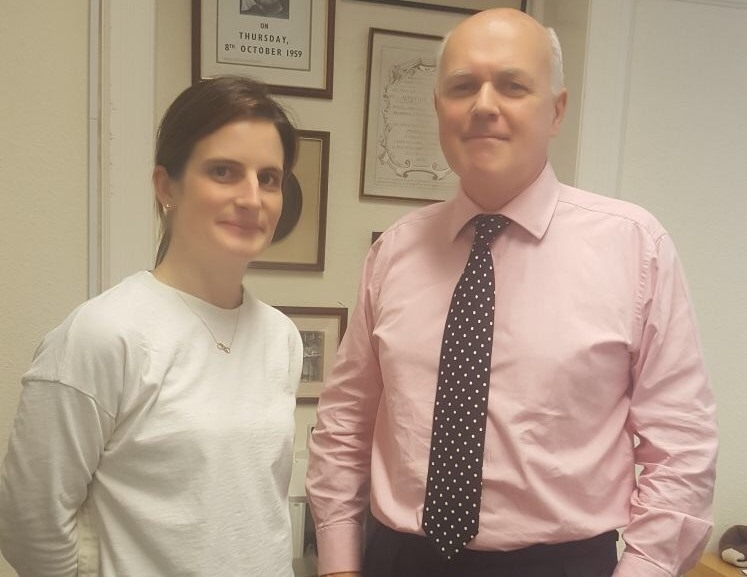 A correspondence campaign regarding the Pegasus security clamp-down for flights from Ercan Airport to Britain is starting to bear fruit. The campaign was launched by the British Turkish Cypriot Association (BTCA), Embargoed! and T-VINE Magazine.

One of the first to get active was Barnet resident and advertising consultant Sonya Karafistan. Her template letter to MPs has been widely circulated by the Turkish Cypriot community and friends of the Turkish Republic of Northern Cyprus (TRNC). The community’s letter-writing campaign has generated over a dozen responses from British government ministers and MPs.

Following up their constituents’ requests, these MPs have contacted Foreign Secretary Boris Johnson and Transport Minister Chris Grayling about the new UK’s new air-transit rules for flights originating from the TRNC, which were imposed earlier this year. Both the Transport Minister and Lord Callanan, the government minister responsible for aviation security at the Department for Transport, have responded, while last month Chris Grayling also met with a Turkish Cypriot delegation to discuss concerns.

The meeting with the Transport Minister on 11 October was arranged by Iain Duncan Smith. It followed the former Conservative Party leader’s pledge to help passengers using Ercan Airport at a huge Turkish Cypriot cultural festival in Chingford in June. Mrs Jean Saliah, one of his many Turkish Cypriot constituents in Chingford and Woodford Green, went to see him to discuss the issue.

Thank you the Rt Hon. Theresa Villiers MP for agreeing to take up the issue of recently imposed measures on UK flights from North Cyprus. pic.twitter.com/6Za5pbVhmB

Mrs Saliah, who regularly travels to North Cyprus to visit family and friends, highlighted how the new procedures now require Ercan passengers to go through another round of security checks in Turkey, before resuming their flights. The forced disembarkation not only adds delay and inconvenience to already embargoed flights from the TRNC, obliged to make a touch-down in Turkey, but also creates considerable stress for parents with young children, the elderly and disabled.

Mr Duncan Smith’s meeting with Mrs Saliah at his Chingford constituency office (main picture above) took place two days after he attended the meeting between the Transport Minister and representatives from the Council of Turkish Cypriots Associations in Britain and the President of the Cyprus Turkish Chamber of Commerce, based in the TRNC.

He told Mrs Saliah: “It was a very good meeting with the Secretary of State for Transport. During the meeting the issue of Turkish Cypriots and tourists having to get off the plane when they land in Turkey before re-joining their flight was raised. The Transport Secretary took away two actions to pursue. The first was to see whether it would be feasible to have a higher level of security clearance for passengers in Cyprus and secondly he also undertook to discuss with the Foreign Secretary whether it is feasible to look at direct flights to London.”

Mrs Saliah said afterwards: “It was great to find Mr Iain Duncan Smith so receptive to discussing these issues, and to find that steps had already been taken to address them. It also shows how important it is that the Turkish Cypriot community continues to speak to their own MPs about possible solutions, and ask them for their support.”

Earlier this year, Cyprus’ biggest carrier was forced by the UK’s Department for Transport to introduce new security measures. Instead of remaining on the plane, since June 1st all Pegasus passengers travelling between Britain and North Cyprus have had to disembark with their luggage, go through a fresh security check in Turkey and board a new aircraft for their final destination.

These same rules had already been adopted by Turkish Airlines and Atlasglobal following demands by the Britain Government, but Pegasus – Cyprus’s largest carrier annually flying over half-a-million people to the Eastern Mediterranean island – had resisted. However, rising concerns over terrorism and the UK’s inability to confirm whether security procedures at Ercan Airport were up to international standards resulted in diplomatic and commercial pressure being applied to Pegasus to also comply.

The new rules have seen bookings to airports in South Cyprus soar, with one leading Turkish Cypriot tour operator claiming they had seen a 400% increase in customers choosing flights to Larnaca and a corresponding drop in those choosing to travel to Ercan Airport via Turkey. Greek Cypriot authorities, who constantly seek to undermine Turkish Cypriot political and economic rights, have long pressed for all air traffic to North Cyprus to cease, insisting the country is “illegally occupied.”

Regu Saliah, who lives in North Cyprus and is Jean Saliah’s brother-in-law, told T-VINE: “There is a major oversight in all of the MP responses to date. They all blatantly disregard the safety of UK citizens by refusing to work with Ercan Airport on the Ercan-Turkey leg of the journey.

“In effect these politicians and the British Government are ignoring their responsibility and duty of care by imposing additional checks in Turkey and not at the point of departure. This is simply not good enough if the concerns genuinely emanate from security concerns. No wonder Turkish Cypriots and TRNC expats believe the motivation of the British Government is purely political.”