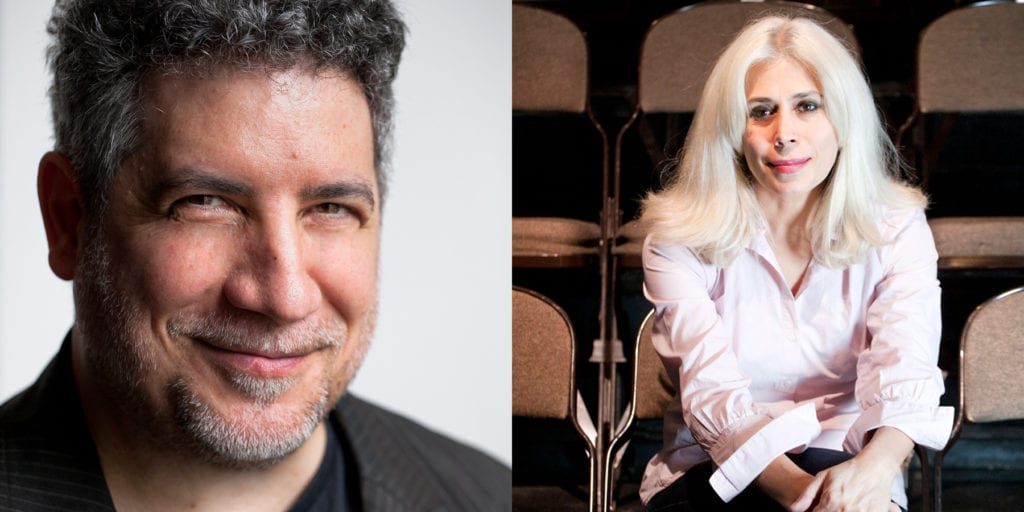 The co-founders of Dalston’s Arcola Theatre have received the Off West End Special Achievement Award for their work staging outstanding theatre for the past 20 years.

Lynette Linton, whose play Hashtag Lightie premiered at the Arcola in 2017 and who is now Artistic Director of the Bush Theatre, presented the pair with the award. Introducing them, she said:

“Mehmet arrived in London in 1987, aged 22, with dreams of becoming a theatre director. He placed an advert in The Stage, inviting people to join a new theatre company, and started putting on plays in pub theatres. In 1993 he co-founded the Southwark Playhouse, serving as its first Artistic Director for six years. Then he joined Battersea Arts Centre as Associate Producer.

“In 2000, he met Leyla and found £5000 to establish a new theatre in a clothes factory on Arcola Street. The Arcola opened on a shoestring, but it quickly won the hearts of the local and theatrical community.

“Over the last 20 years, it has had a major, major impact. You only have to look at the names of people that have come through those doors – Zawe Ashton, Mike Bartlett, Polly Findlay, me, Michael Longhurst…. Arinzé Kene started acting in the Arcola youth theatre. So there are a lot of people who owe that building.

“Now it’s a fully producing theatre, and it attracts over 65,000 people a year, commissioning new plays and touring nationally and internationally. Ticket prices remain some of the most affordable in London, with Pay What You Can every single Tuesday.

Jack Gamble, Arcola’s Associate Director, said: “The whole Arcola team is delighted that Mehmet and Leyla have won this award. They have given us all so much, and with their socially and politically-engaged programme over two decades, they have shown that thrilling theatre can live at the grassroots, and for everyone.”

Ergen, 53, originally from Istanbul, met fellow Turk Nazli, 48, an amateur actor, in London. When they came across a disused clothing factory in a backstreet in Dalston, they decided to adapt it to create a raw theatre space that would be accessible to Hackney’s diverse local communities.

With little budget, but plenty of imagination and hard work, the pair pulled off an incredible feat, establishing the Arcola (named after the street the theatre was on) for its ground-breaking plays that initially took classic works by the likes of Shakespeare and Dostoevsky and re-interpreting them to be relevant to London audiences.

From a space initially lacking heat and electricity, and with wooden benches from a closed-down restaurant as seats for the audience, this fringe theatre quickly became established as the capital’s most exciting place for contemporary, urgent theatre.

By 2010, they were rewarded with a new, bigger and better home, as Hackney Council offered the nearby historic Reeves paint company building to the Arcola. It gave the theatre a larger main space and smaller studio with rehearsal rooms, allowing them to stage even more performances.

Their opening play in their new home was The Painter, a play by Lenkiewicz, about Reeves’s most famous customer, J M W Turner. It starred Toby Jones, Niamh Cusack and Denise Gough. Since then, the theatre has presented hits such as the Sweet Smell Of Success and Little Miss Sunshine, which went on a national tour, and award-winning author and playwright Barney Norris’s extraordinary plays Visitors and Eventide.

Talking to the Evening Standard earlier this week, Ergen said: “In the past we did famous plays for people who couldn’t afford them.

“We made a case for European theatre and did new plays relating to the [local] area. Now our new writing has gone global, post-Brexit, and we commission major writers to adapt the classics we do. With a year’s work planned from amazing people who’ve been part of the last 20 years, we feel quite relaxed for the first time.” 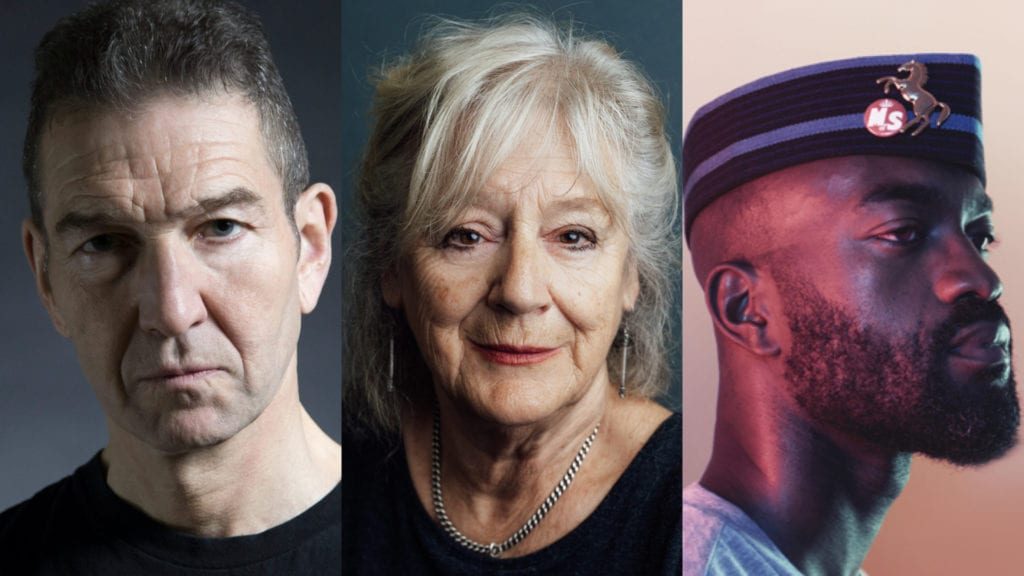 The theatre has announced a year-long season to celebrate its 20th anniversary. Over the course of 2020, the Arcola will stage 11 world premieres from artists who helped shape the theatre’s first two decades, including Jack Shepherd, Barney Norris, Rebecca Lenkiewicz, Leyla Nazli, David Farr and Tena Štivičić, and from a new generation.

Arcola will present the European premiere of Dominique Morisseau’s Pipeline, a new staging of Death In Venice starring Greg Hicks, a new play by Mark Thomas, and special shows from Steven Berkoff and Inua Ellams.

The season opened in February 2020 with The Cutting Edge, starring Maggie Steed. The Arcola promises many more “diverse stories from across the globe, with a majority by female writers” during the year.

Tickets for shows range from £12 to £30, with over 27,000 tickets available for £20 or less across the year. They will also continue with their Pay What You Can for all shows every Tuesday.

The Arcola Bar and Café is open daily from 10am, and serves a delicious selection of locally-sourced food and drinks.