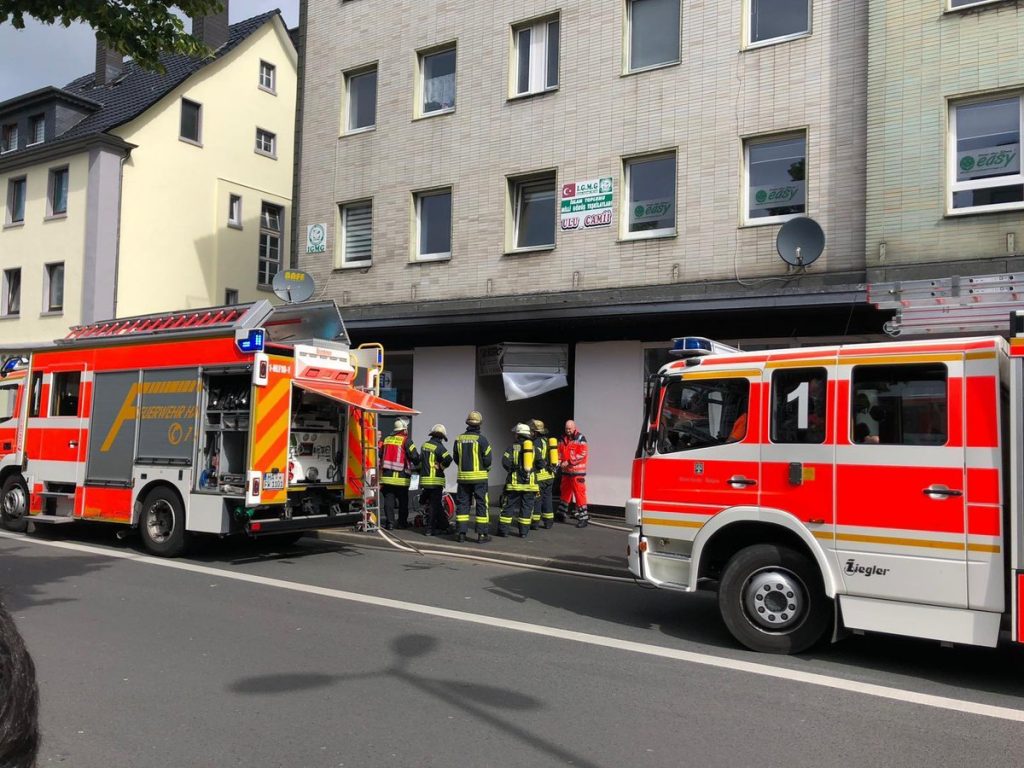 A deliberate fire at a mosque in Hagen, North Rhine-Westphalia, has caused extensive damage to the building, but thankfully there were no casualties.

Ömer Oral, head of Hagen’s Ulu Mosque, told Anadolu Agency (AA) that the arson attack took place on Saturday morning. The assailant is believed to have set fire to six wheelie bins and cartons stacked outside the building, which quickly took light.

The fire brigade was called at about 9.45am and were able to put the fire out. However, by this point heavy smoke had penetrated the multi-storey building causing considerable material damage.

Stressing that he took comfort from there being no loss of life, Oral said: “Substantial damage was done to the entrance of the mosque. The mosque was filled with fog and smoke and all the furniture inside was ruined.”

He went on to say that the surveillance cameras were checked by police and a suspect was seen “pulling something out his pocket” near the mosque entrance just before the fire started.

Oral added, “We should reach out to the people around us and do a better job introducing ourselves and our faith. He also said such attacks ‘will never deter Muslims in Europe from practicing their religion’.

There has been an increase in Islamophobic attacks in the past few years. According to AA, German police recorded 813 hate crimes against Muslims, with 54 people physically injured in 2018.

The rise in hate crimes is not limited to Muslims. Last week, German Jews were advised not to wear kippas (skull cap) due to a rise in anti-Semitism.

A BBC report states there were 1,646 hate crimes officially recorded against Jews in 2018 – an increase of 10% on the previous year. Physical attacks against Jews in Germany also rose in the same period, with 62 violent incidents recorded, up from 37 in 2017.

Growing support for far-right groups is cited as the reason behind a surge in race and religious hate incidents in Germany.

Since 2017, the far-right Alternative for Germany (AfD) has been the country’s third biggest party. It openly promotes an anti-Islamic, anti-immigrant agenda, and although officials deny it AfD members also regularly peddle anti-Semitic views.