As North Cyprus prepares to bury 14 Turkish Cypriot children, a relative’s story highlights the horrors of those slain in 1974 Muratağa Massacre 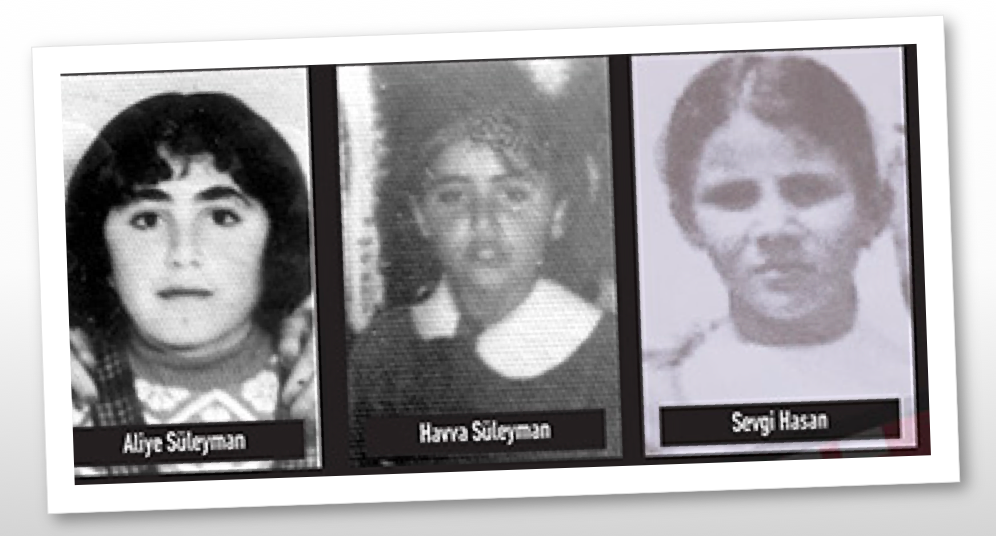 Forty six years after they were brutally killed by Greek Cypriot paramilitaries during the 1974 Cyprus War, fourteen children aged between four months and fifteen years old will be laid to rest at the Muratağa Martyrs’ Cemetery this Saturday, 26 December 2020.

The children were among 126 Turkish Cypriot villagers – mainly women, children and the elderly – from Muratağa, Atlılar, and Sandallar, near Famagusta, that were massacred by EOKA-B forces on 14 August 1974, and buried in mass graves. The grim discovery was made the following month, after the war had ended.

DNA tests and other painstaking work by experts at the Committee on Missing Persons in Cyprus have helped identify the victims, fourteen of whom will be buried at a special ceremony on Saturday.

Ahmet Süleyman Aşır lost 30 relatives in the massacres, including a brother & 5 sisters

Among those being laid to rest at the weekend are the relatives of Ahmet Süleyman Aşır, who lost 30 members of his family in the massacre including his mother Ayşe Süleyman and six of his eight siblings.

In an interview with Turkish Cypriot daily Yenidüzen, Mr Aşır, now aged 65, explained the events of that time.

The family, who were farmers, had already lost their great uncle Hasan in 1958. He and two others were killed in a field in Atlılar by EOKA militants during the Cyprus Emergency. The problems with Greek Cypriots, who aspired to unite the island with Greece (‘Enosis’), continued into the following two decades.

“During that 11-year period, from 1963 to 1974, many harassments took place in our village by the Cyprus, but there was no major war.”

In 1974 Ahmet Süleyman Aşır, who was 18 at the time, went to Mağusa/Famagusta to help defend the town from Greek Cypriot forces. Those left behind in Muratağa only had hunting rifles – nothing significant to defend themselves should the village be attacked.

“Of course, when it came to 1974, on the morning of 20 July, armed Greek Cypriots came to our village, with their tanks and cannons. Of course, with 3-5 shotguns they were not in a position to fight against them, so they surrendered,” explained Ahmet.

“They gathered all the men who could hold a gun, took away their hunting rifles and took them as prisoners. First they gathered all the people and children. They took them to a Greek school in Piperisterona. Later that evening, they brought the children and women back to the village,” he continued.

The very old were also returned to the village, while the Turkish Cypriot men, Ahmet’s father Süleyman Hüseyin Aşır among them, were taken to a prison camp by the police station, which is now known as Gülseren Camp. The men were later transferred to another camp in Limassol.

Ahmet had not been able to visit Muratağa for six months leading up to July, due to a lack of Turkish Cypriot men needed to stand guard inside the walled area of Mağusa. His commanding officer finally gave him 2 hours leave to visit his village on 10 July 1974 – it was to be the last time he’d see most of his family alive.

Soon after Turkey’s intervention, some of the elderly men who had been taken captive at the Gülseren Camp were freed and brought to Mağusa by United Nations (UN) Peacekeeping Forces. One told Ahmet that his father was a prisoner, but that they had no news from the village.

Ahmet wrote a letter to his family and asked the UN to deliver it to their village home. He never received a reply.

On 2 September 1974, his commanding officer gave him leave to return to his village. Unbeknown to Ahmet, a mass grave had been found at Muratağa.

“One day my commander called me and gave me permission. It was September 2, 1974. They [the villagers] were massacred on August 14… Turkish soldiers arrived in Mağusa on August 16…I asked for permission [to go to the village], it was not given,” said Ahmet.

Ahmet was surprised when he was suddenly given leave given he had asked multiple times before and his request declined each time. He was unaware that a mass grave had been found in neighbouring Atlılar on 18 August and that on 2 September, Turkish forces and the UN were planning to open the mass grave found in Muratağa.

“Since I was at the front, I did not know anything,” said Ahmet.

When he arrived at the village, he headed straight for the family home, which had been turned upside down. He found a letter on the floor – it was a reply to the one he had sent his family. The family dog Sarman greeted him and tried to get Ahmet to follow him. He explained what transpired next.

“We had a dog named Sarman, he was trying to take me somewhere. I followed him and reached the massacre pit… Our dog took me there, it was a shepherd dog, a wolfhound… There is even a picture of him, when the journalists took a picture of me… That dog is also in the documentary. There we came across the bitter truth…

“Until that point, I didn’t want to believe it…’They have gone somewhere, they are alright, they will come back…’ That was how I was thinking. But unfortunately it wasn’t as I had thought …

“My six siblings, the youngest aged nine, the oldest at the age of 16, were killed in this massacre,” said Ahmet.

Two of Ahmet’s younger sisters, Havva, 11, and Aliye, 12, (both pictured above) will be among the fourteen who are laid to rest on Saturday.

The 14 children being buried Muratağa Martyrs’ Cemetery on Saturday

The names of all fourteen children who will be buried at Muratağa Martyrs’ Cemetery (Muratağa Şehitliği) on Saturday, 26 December 2020, are: 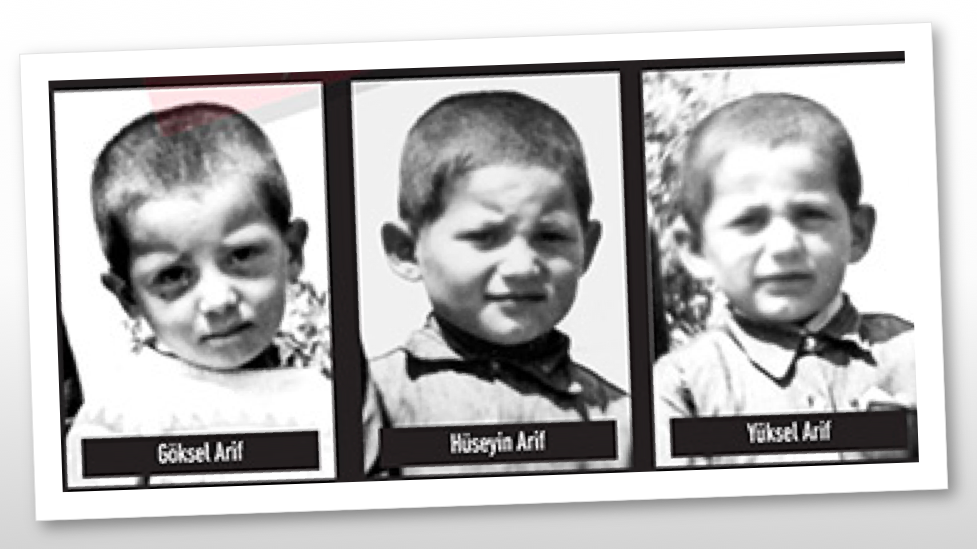 Saturday’s funeral follows a series of others held for Turkish Cypriots murdered by EOKA-B members in the 1974 Muratağa-Atlılar-Sandallar Massacre.

The first funeral for the 126 victims was held in August 2017, where four of those slain in the Massacre were laid to rest. Six more victims were buried in December 2017, followed by 12 people in September 2018.

A further 15 were laid to rest at the Muratağa Şehitliği on 20 December 2018, and the same cemetery was the final resting place for 21 more victims on 7 October 2019.

No Greek Cypriot has ever been punished for the horrific crimes perpetrated against the 126 victims of Muratağa, Atlılar and Sandallar, which included women and young girls being raped before being killed.

To date one of the few Greek Cypriot officials to openly talk about this crime against humanity is former South Cyrus Foreign Minister Erato Kozakou-Marcoullis who apologised for the atrocity on her personal Facebook page in 2016.