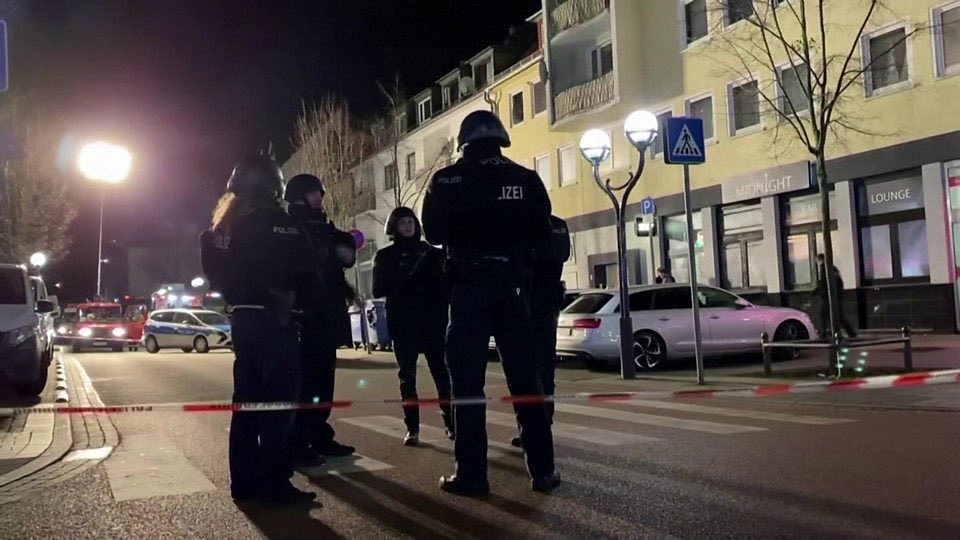 Eight people have been killed and at least five people injured following two shootings at shisha bars in the western German city of Hanau.

Both venues are Turkish-owned and at least three of the dead are said to be of Turkish origin.

Hanau, in the state of Hessen, is about 25km (15 miles) east of Frankfurt.

Police are searching for the suspects, who fled the scene and are currently at large. They have appealed for witnesses to come forward. The motive for the attack is unclear, a police statement said.

Suspects opened fire on a shisha bar in #Hanau, 25km of Frankfurt, at around 10pm killing at least 8 people, police said.
Several have been injured.
Police are actively hunting the suspects.
News & TV pics showed the scene was swamped with heavily armed officers. pic.twitter.com/Buu0H6OUNb

The incident comes four days after another fatal shooting in Berlin, outside the Tempodrom concert venue, which was staging a Turkish comedy show at the time. One person was killed, and four others injured as they exited the venue at the end of the show.