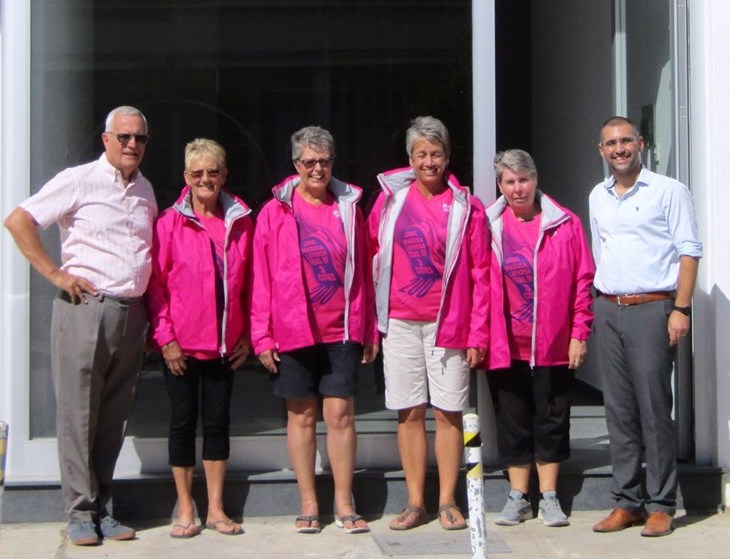 A GROUP of British women are to walk from Girne to Gazimağusa, Lefkoşa and then back to Girne in an attempt to raise £5,000 for a North Cyprus-based cancer charity.

The “Blister Sisters” – Sue Tilt, Auriana Stevens and Lynda Hillard – will set off on Wednesday for the 200km round-trip in aid of the Help Those with Cancer Association (Tulips).

They will be joined by Carole King who, when not walking with the trio, will be driving close behind to provide support.

The four friends, who have an average age of 61, are planning to complete the “Trail of Three Cities” challenge in seven consecutive days, averaging a distance of 30km a day.

The women have been training for the walk, timed to coincide with October’s Breast Cancer Awareness Month, since July.

“We chose 200km because there are 200 new breast cancer patients every year in the TRNC [Turkish Republic of Northern Cyprus],” Mrs Tilt said.

“Therefore we will be walking 1km for each new breast cancer patient. Breast cancer is a cancer that is survivable if detected and treated early so we must highlight awareness of check-ups.”

Mrs Tilt have met with the TRNC’s London representative Oya Tuncalı in May of this year in a bid to drum up support from the UK as well.

Those wishing to donate can do so online via a special gofundme.com page, which has so far raised just over £1,000 of its £5,000 target.

Mrs Tilt said that she has been part of a team that has raised around 1.5 million TL for Tulips over the last nine years, with the largest fundraising activities taking place during “Pink October”.

“We hope that people will be able to support us on our challenge as we are looking for as much financial support as possible as we are walking a long way!” Mrs Tilt added.

Supporters will be able to follow the women’s progress via a dedicated Facebook page (Blister Sisters Walking 4 Tulips), where details of the intended route will be posted.

“The Blister Sisters 200km [walk] is almost upon us and we are all looking forward to it, even though a little nervous!” a message said on Sunday.

“This is a huge challenge for all of us and the support that we have had to date has been immense but now it is down to us to ‘walk the walk’.”

Tulips was set up in 1993 by Raziye Kocaismail, whose ceaseless lobbying of the TRNC government eventually led to the construction of a new oncology centre at Lefkoşa State Hospital, partly funded by Turkey and which opened in 2016.

The charity provides 208,000TL a month from its fundraising activities to support patients receiving treatment there.