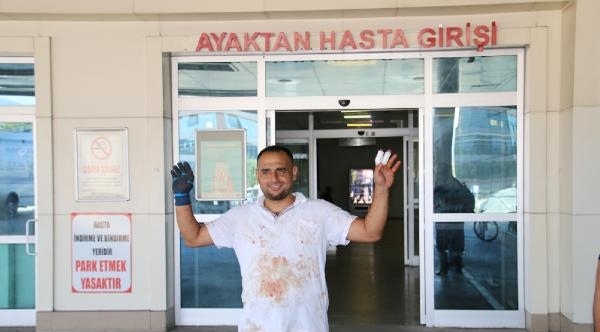 The vast majority of those who slaughter animals in Turkey for religious reasons during Eid-al Adha, known as Kurban Bayramı in Turkish, use the services of a professional butcher. Some Turkish citizens, however, insist on doing this themselves and inevitably end up injuring themselves through their inexperience.

This year, according to media reports, some 7,364 people have been hospitalised in Turkey on the first day of Kurban Bayramı following the ritual slaughter of animals.

These were mainly self-inflicted injuries to amateur butchers using sharp blades, while others were harmed by animals resisting efforts to be prepared for slaughter.

Of those requiring hospital treatment, 1,358 – nearly one in five – were from Istanbul, while in the capital Ankara the figure was 723. Doctors in Istanbul reported that 26 patients were seriously injured and required surgery.

The figures for the injured are expected to rise as people in Diyarbakir, Sirrt, Sirnak, Batman, Mardin and Bingol, in eastern Turkey, tend to make their ritual sacrifices on the second day of Bayram.