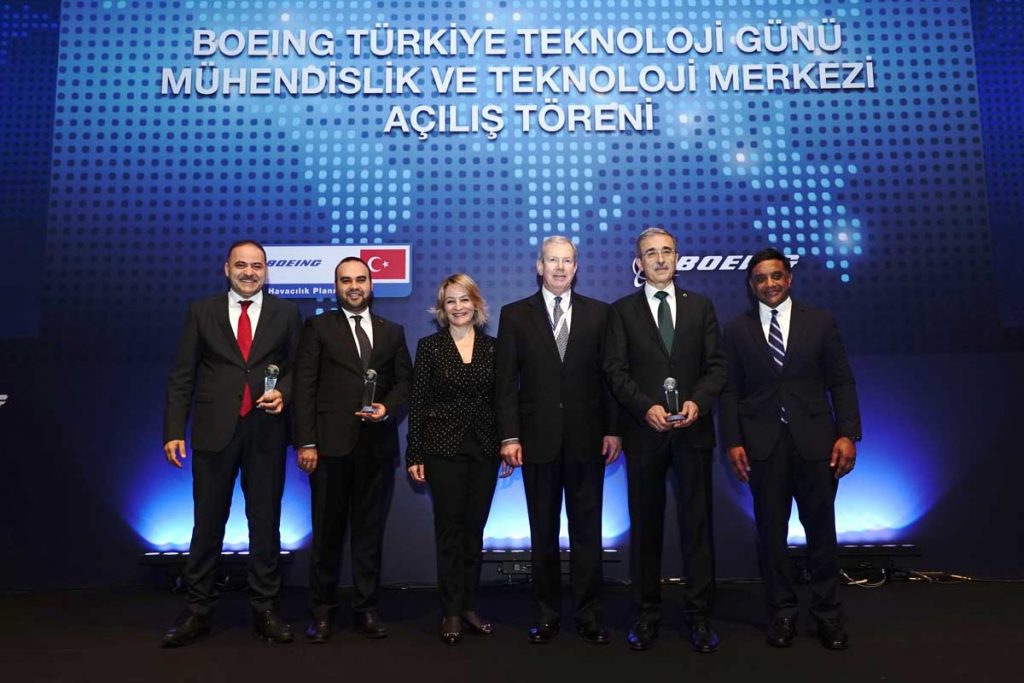 US aircraft giant Boeing has launched a new engineering and technology centre in the Turkish city of Istanbul, it has been announced.

The site, located in the city’s Teknopark, was officially opened at a ceremony by Turkey’s defence industry head İsmail Demir, a press release from the company said on Monday, to coincide with “Boeing Turkey Technology Day”.

Speaking about the new venture, Prof Demir stated: “With this centre, Boeing has taken an important step forward in Turkey.

“We, as the Turkish defence industry, are ready to work with Boeing on projects that are based on a ‘win-win’ principle and create added value.”

“Talented Turkish engineers”will work at the centre, carrying out research, engineering and design projects for Boeing’s new generation of aeroplanes.

Highlighting the potential opportunities for Turkey, Prof Demir added: “Turkey should not be only a country that serves as a subcontractor, but a country that produces for the supply chain.”

Ayşem Sargın, Boeing Turkey’s general manager, said that her employers had targeted the country because of its “strategic growth” potential. Boeing International president Marc Allen also spoke at the ceremony via video link.

Boeing has launched its engineering and technology centre in Istanbul as part of its “National Aerospace Initiative” for Turkey, which it launched last year. The plan aims to increase cooperation between Boeing and Turkey in the fields of “industrial development, technology acceleration, services collaboration and advanced-skill training”.

“We continue to expand our commitment to grow in Turkey, together with Turkey,” Kevin McAllister, president and chief executive officer of Boeing Commercial Airplanes, said.

He said that the centre and the firm’s “growing cooperation in so many areas with the Turkish aerospace sector reflect our confidence in the country’s capabilities”.

Boeing’s relationship with Turkey goes back 70 years, a statement from the company said, creating “business volume”in the country worth “more than $1.8 billion”.

Last month Boeing announced that had placed an order for an additional three of its long-range 777 freighters, to add to another three ordered in January.

A statement said that Turkish Airlines has also begun, over the past few months, taking delivery of new 737 “MAX” aeroplanes to “refresh its single-aisle jets”.

“In all, the airline’s fleet of Boeing jetliners has grown to more than 160, with nearly 100 additional jets on order,”a spokesperson said.