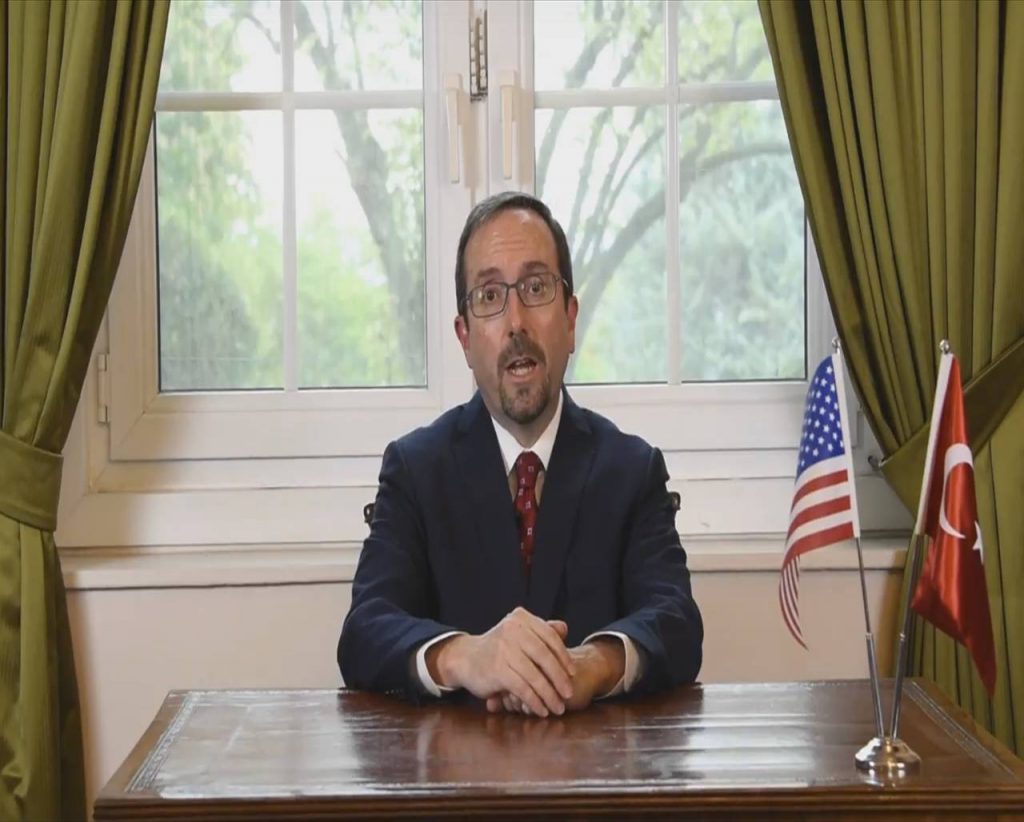 The Turkish government has responded to the US’s announcement of the suspension of travel visa services in Turkey by imposing its own travel restrictions on American citizens. The diplomatic spat is another sign of the deterioration in relations between the two NATO allies.

On Sunday, the US Embassy in Ankara announced it was suspending the processing of all non-immigrant visas in Turkey. A statement posted on its Twitter feed said: “Recent events have forced the United States Government to reassess the commitment of the Government of Turkey to the security of US Mission facilities and personnel. In order to minimize the number of visitors to our Embassy and Consulates while this assessment proceeds, effective immediately we have suspended all non-immigrant visa services at all U.S. diplomatic facilities in Turkey.”

The development came after the arrest of a Turkish national who has been a long-term employee at the American Consulate in Istanbul. Metin Topuz is accused by the Turkish authorities of espionage and links with the Gülen network, which is suspected of being behind last year’s failed coup attempt.

Statement from the U.S. Mission to Turkey pic.twitter.com/RjTU3BfSXZ

Following Topcu’s arrest on 4 October, John Bass, the American Ambassador to Turkey, said: “I am deeply disturbed that some people in the Turkish government prefer to try this case through media outlets rather than properly pursuing the case in a court of law before a judge. That does not strike me as pursuing justice, it seems to me more a pursuit of vengeance.”

Earlier today, Ambassador Bass issued another statement via the Embassy’s Twitter feed and on YouTube claiming they had been unable to obtain information on why their staff member was being detained: “Last week, for the second time this year, a Turkish staff member of our diplomatic mission was arrested by Turkish authorities. Despite our best efforts to learn the reasons for this arrest, we have been unable to determine why it occurred or what, if any, evidence exists against the employee,”

The same statement clarified that the suspension in visa services was not a ban on Turkish citizens travelling to the US. Those holding valid visas were free to travel to the United States, and those requiring a visa for travel could do so via another consular office outside of Turkey:

“This was not a decision we took lightly and it’s a decision we took with great sadness. We realize that the suspension of visa services will inconvenience people. We hope it will not last long, but at this time we can’t predict how long it will take to resolve this matter.”

Within hours, Ankara retaliated in a tit-for-tat move, issuing an identical statement on the Twitter feed of its Washington Embassy. The announcement led to the immediate suspension of processing new visas in Turkey’s consular offices across America, as well as shutting down its online visa system to US citizens.

Statement from the Turkish Mission to the U.S., October 8, 2017 pic.twitter.com/4i0BwInOCj

The escalating diplomatic crisis highlights worsening relations between Ankara and Washington. The two countries have fallen out over America’s support for Syrian Kurdish militia the YPG (People’s Protection Units or YPG), which is linked to the Kurdistan Workers’ Party, or PKK, and policy differences over Iran, Egypt and the Gulf.

In August, President Erdoğan’s bodyguards were indicted by the US Justice Department after they were filmed attacking protestors outside the Turkish Ambassador’s residence in Washington in May, infuriating Ankara. But their biggest ire is over Washington’s unwillingness to hand over Fetullah Gülen, a self-exiled reclusive cleric resident in Pennsylvania and the prime suspect in last summer’s attempted coup.

Travel from the US to Turkey has plummeted in recent years. According to a report in CNN, just 37,000 Americans travelled to Turkey in 2016 compared to 88,000 the year before. This latest rift saw the value of the Turkish lira plummet by 6.6% – an eight-month low.