In this centenary year of the end of the Great War, the Gallipoli Friendship Concert featuring the Royal Philharmonic Orchestra will commemorate those who lost their lives in the 1915-16 Gallipoli Campaign, and build on the enduring legacy of friendship it inspired between Turkey and the Commonwealth nations.

The programme, presented by the Yunus Emre Institute in London, will start with a unique scene-setting introduction given by bestselling author Louis de Bernieres from his novel Birds Without Wings, which is partly set in Gallipoli.

The musical focus of the concert is Turkish composer Can Atilla’s powerful 2015 requiem symphony Gallipoli – the 57th Regiment, written specially for the centenary of the Gallipoli Campaign and which makes its international debut at Cadogan Hall. The composition cleverly uses Edwardian English tonalities to capture the pathos of the campaign, Atatürk’s role and his magnanimity in victory.

These are in stark contrast Atatürk’s command to the 57th Regiment before the first Allied attack: “Men, I am not ordering you to attack. I am ordering you to die. In the time that it takes us to die, other forces and commanders can come and take our place.” The 57th lost 628 men and has never been re-formed in tribute to their selfless sacrifice.

Symphony 2, Gallipoli, the 57th Regiment by Can Atilla

Vaughan Williams: Fantasia on a Theme by Thomas Tallis

The event is being held under the auspices of the Turkish Presidency and is being supported by the Royal British Legion. 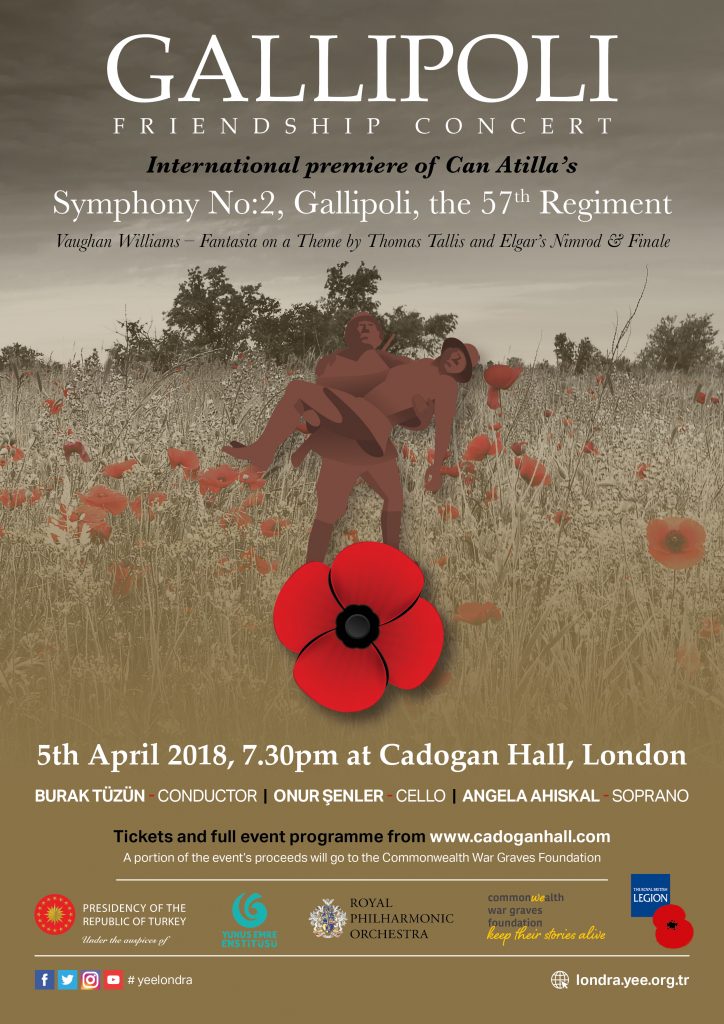 Admission: Tickets are priced £18 to £45 including booking fee, available online