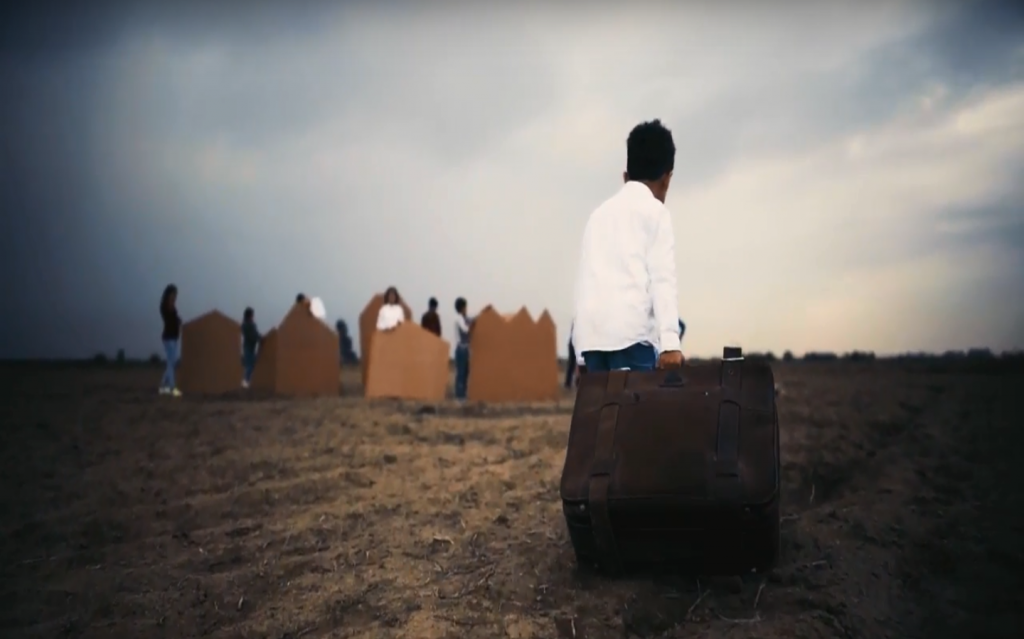 On Friday, 16 March, singer-songwriter Djanan Turan released a new single Dünya, dedicating it to a peaceful world for children. As part of the world premiere of Dünya’s music video on the same day, Djanan also launched a fundraising campaign for Small Projects Istanbul, which supports refugee children from Syria and Palestine now living in Turkey.

The London-based singer, who is of mixed Turkish/Kurdish/Georgian heritage, was inspired to write the song after seeing how the lives of children in Turkey and the region have been blighted by more than a decade of war. Alongside the victims of conflict are also Turkish children dealing with deep-rooted social problems, such as poverty and abuse, depriving them of good health, happiness and optimism about their future.

In her song Dünya, which means ‘world’, sang in Turkish and featuring another UK-based Anatolian singer Olcay Bayır, Djanan describes this depressed world, which has become unlivable for children. The song’s powerful lyrics include (English translation):

“Memories won’t fit into her tiny body / All the wounds have left holes in her heart / Carrying your brutality on her back / She keeps walking and walking… Justice hasn’t come with peace / Now will it come with bullet? / We wait in vain, who will die next, where.”

The distressing words and haunting music are juxtaposed against a video full of hope. Featuring ten children living in Adana, southern Turkey, it starts with a barren landscape and children determined to build a better, brighter and more colourful future. Djanan said:

“The crew and I were determined not to treat the children as ‘victims’. We wanted to give them a fun and memorable experience, doing something they’d never done before. It was such a heart-warming day filming with them and they were amazing considering they’d never done any performance before. I went back to Adana last week to show them the finished work and they were all beaming.”

The pop singer, well-known in the North London underground music scene with fusion song that range from disco to psychedelic Anatolian folk, has opted to give away all proceeds from the sale of Dünya. The song is available as a digital download on Bandcamp for £3.

She has also launched a campaign on GoFundMe where she is aiming to raise at least £4,000 by 16th April 2018. All proceeds from the song and fundraising will be donated to a small independent charity in Turkey, which supports Middle Eastern refugee families. The last date to donate is Monday 16 April 2018.

The making of Dünya music video

Donations and all monies from the sale of her new song will be given to Small Projects Istanbul.  The small independent charity is currently working with 130 families, offering education and psychosocial support to refugee children, and enterprise skills to their mothers so they can create sustainable livelihoods for themselves and their families.

Seeing the charity in action, Djanan was moved to help: “For these displaced families who are so desperate to lead normal lives without having to depend on charity, every penny really does count. Whatever you can give really will make a significant difference to their lives.”