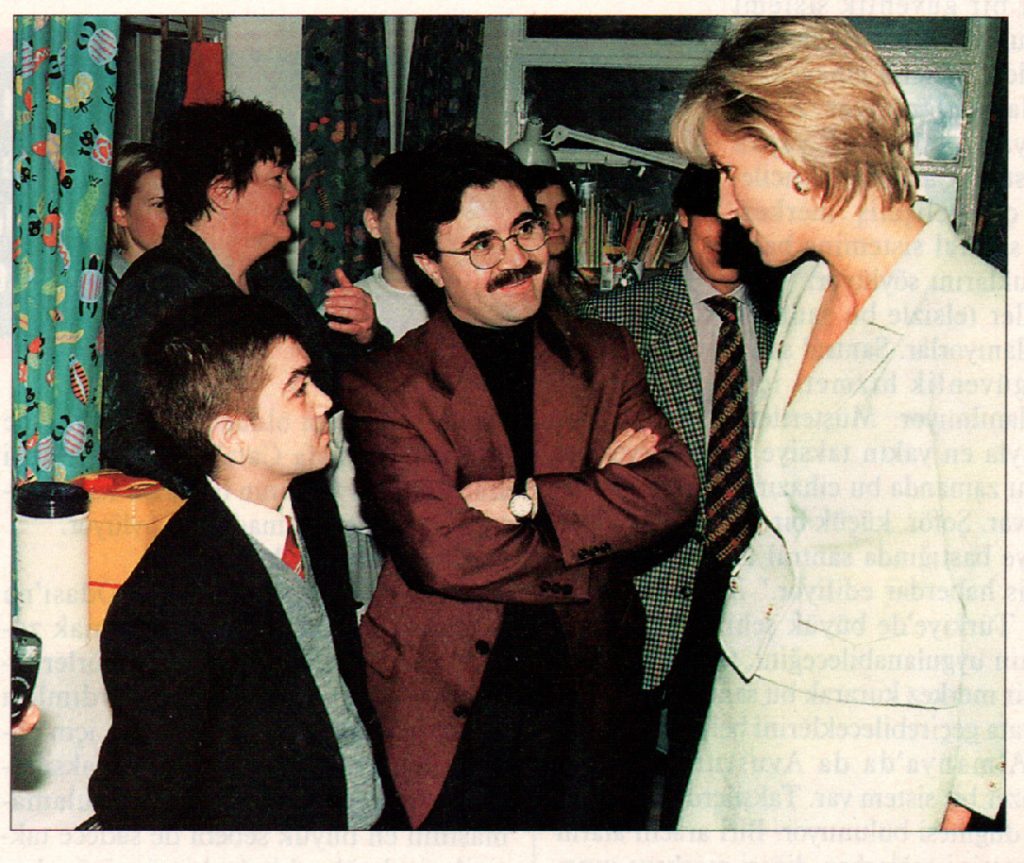 A chronic kidney disease sufferer, Mehmet campaigned relentlessly to raise awareness about the illness and the need for more organ donors, becoming a poster boy for related charities, while helping to raise thousands of pounds for them.

On Tuesday, 23 October, Mehmet’s father Mustafa Köker, one of the UK’s most respected Turkish journalists, announced the sad news that his son had died. Mehmet was just 38 years old.

His death came as a shock to the British Turkish community, with many unaware just how gravely ill Mehmet had become in his final weeks.

He had been admitted as an emergency patient to the Royal Free Hospital in Hampstead on 5 October after contracting a lung infection. Despite the best endeavours of the medical team, Mehmet’s condition didn’t improve. On 21 October, he was moved to Marie Curie Hospice for palliative care, passing away just five days later.

Hundreds of people took to social media to offer their condolences to the Köker family and to pay tribute to the popular young man, who loved to joke around and play music.

In accordance with his wishes, Adana-born Mehmet was laid to rest at the Emirler village cemetery in his family’s native homeland of Niğde, central Turkey, last weekend.

Friends and family in Britain had a chance to say goodbye to Mehmet at a special prayer service at Hornsey Diyanet Mosque in North London ahead of his body being repatriated to Niğde.

A life of incredible achievements amid major health battles

Mehmet’s father had documented his son’s relatively short life, which was packed full of incredible achievements.

Mehmet had accompanied Princess Anne on a promotional walk in London to urge people to become organ donors. He attended a special children’s party in the British Parliament, where politicians got to meet young people like Mehmet who had received an organ transplant. Aged 10, Mehmet won the prize for Best Behaved Boy at the Transplant Games in Exeter in July 1992.

Yet Mehmet’s life was also one that was cruelly plagued by major health battles. Aged one-and-a-half-years old, Mehmet caught meningitis. He survived, but by the age of six his kidneys started to fail and he was diagnosed with kidney disease.

Due to his father’s work, the family moved to London in 1990, and Mehmet started to receive treatment at Great Ormond Street Hospital (GOSH) for Children. By this point, both his kidneys were failing.

Those meeting the cheerful teenager a few years later were shocked to learn Mehmet had been operated on 14 times. According to his father, Mehmet took it all in his stride.

Make a donation in memory of Mehmet Buğra

His first kidney transplant, at the Royal Free Hospital in 1991, was unsuccessful and the organ had to be removed. The following year, Mehmet was able to receive a second transplant. This worked, but the kidney only lasted for eight years, leaving Mehmet back on dialysis until he received his third kidney.

Mehmet’s ability to bounce back each time made him an inspiration to staff and children alike, and he quickly became the hospital’s mascot.

Early in 1997, Mehmet met the People’s Princess at GOSH. Pictures show Princess Diana talking at length to young Mehmet, who was stood next to his father, as he answered questions the Royal visitor’s questions about his long and courageous battle against chronic kidney disease.

Known for his love of music, the GOSH Charity decided to reward Mehmet for his extraordinary bravery and charitable efforts by creating a home studio for him, where he could fulfil his passion of DJing and creating music.

He continued to try and lead a normal life. However, a few years ago Mehmet’s third kidney also failed, leaving him dependent on daily dialysis, which severely curtailed his activities.

Following Mehmet’s tragic death, his family have launched a fundraising campaign in his name aiming to raise at least £2,000 for a variety of good causes.

Fundraising to do good deeds in Mehmet’s name

The fundraising page, set up on JustGiving by Marwa Köker, hit 50% of its target within a few days of being launched. The campaign pledges to do good deeds in Mehmet’s name.

“In loving memory of Mehmet Bugra Koker who passed away 23rd October 2021 after his life-long battle with kidney disease. He spent his life mostly in and out of hospitals, and at 38 he is finally at rest,” wrote Marwa.

“Anyone who knew Mehmet knew that he would always have a smile on his face, would constantly make jokes despite his physical ailments, and give every piece of advice under the sun for you to exceed in life,” she continued.

“We have set up this sadaqah jariyah for Mehmet – it is a way of laying down the roots of great intentions in this world for them to bear fruit in the Hereafter,” explained Marwa on the JustGiving page.

She also highlighted how the donations will be spent. These include supporting vulnerable women and children, providing water, and giving children access to safe and quality education for a year. “The more funds we raise, the greater the project,” wrote Marwa.