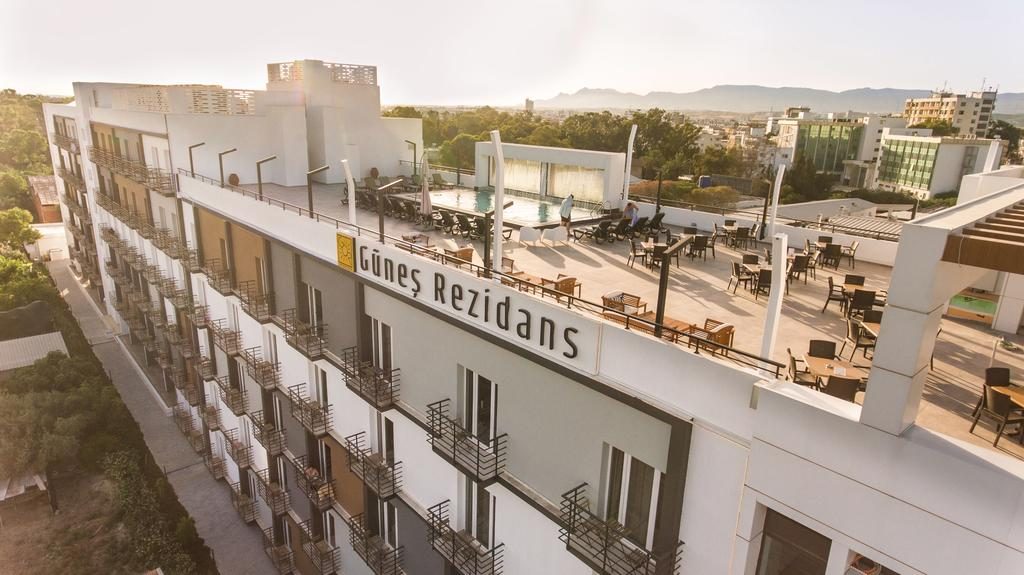 The Turkish Cypriot Health Ministry scored a new low after 22 passengers arriving at Ercan Airport from Britain were left stranded without food and drink in a car park for over five hours due to all approved quarantine hotels being full.

A lack of forward planning by Health Minister Dr Ali Pilli and his team meant those arriving on Turkish Airlines flight TK970 from Istanbul in the early hours of Saturday, 8 August, could not be accommodated.

The affected passengers, who landed at Ercan Airport at 02.25 in the morning, included families with young children, the elderly and minors.

After completing their PCR tests and collecting their luggage, the passengers were told to board a coach outside the terminal building. No other information was given.

Their passports were handed over to the coach driver in a plastic bag by airport officials, to be returned to their owners when they reached their quarantine centre.

The coach travelled to Güneş Rezidans in the capital Lefkoşa, reaching there about 4am, only to be told there was no room for the new arrivals.

The coach driver was informed they would have to wait until the morning, when other guests checked out and the rooms could be cleaned.

The passengers were told to disembark the coach, and were forced to sit or stand in the cark park. Police were present to ensure the passengers did not leave.

No refreshments were offered, and no government officials were on hand to address concerns for passenger wellbeing, some having travelled for 24 hours by that point.

One father was shocked when his son, aged 20, and his teenage daughter messaged him to say they had been dumped in the car park and had no idea when they would get into their room.

The man, who asked not to be named, told T-VINE: “The TRNC owe children a duty of care. One of my kids is just 16 years old, a minor, but there was no official on hand to check that she was OK.

“My kids kept texting me with updates. None of the passengers were offered any food or drink. They were all exhausted from hours of travelling, but were just left in that hotel car park for hours, no one cared.

“I turned up around 5.30am with some drinks and snacks for my kids and thankfully the police let me hand them over. One officer told me it wasn’t even clear they would end up at Güneş Rezidans – they had to wait and see.

“It was shocking to see them abandoned like that. Even cattle get treated better!”, the father added.

It wasn’t until 10am that the group could finally enter their rooms, which will be their home for the next seven days as they quarantine, in line with rules set down by the TRNC Health Ministry for those arriving from Britain and other countries they deem ‘high-risk’.

The scenes were reminiscent of the British expat experience of 23 June. Arriving on a repatriation flight from London, the mainly elderly passengers were kept on the tarmac for three hours, some threatened with deportation despite having all their paperwork in order.

When finally allowed to leave the airport, the final coach load of passengers was driven to the Malpas Hotel, despite passengers being advised before they left Britain that they would be staying at the Riverside Hotel.

When the driver arrived at the Malpas, he was told there was no more room.

After another lengthy wait and driving around, the sixty-odd passengers were taken to the Olivia Palm, a modest 3-star hotel without a lift, causing immense difficulty for many of the group who had to carry their luggage up several flights of stairs. The owner told the guests that he had no prior warning of their arrival and had only offered to help accommodate them at the last minute given their desperate situation.

There was a huge outcry at the shoddy treatment of mainly foreign TRNC residents, prompted the TRNC Prime Minister Ersin Tatar to promise an investigation. It’s not clear if one was ever carried out.

The TRNC Health Ministry has sole responsibility for coronavirus related matters. The Ministry determines the risk category for each country and the entry criteria for passengers travelling from that country.

The UK remains in the Category C group of countries, with mandatory quarantine upon arrival.

Three weeks ago, Dr Pilli dropped the UK’s quarantine time from 14 days to 7 days, but the Turkish Cypriot diaspora remain upset that Britain is still judged high-risk given it has significantly lower infection rates than Turkey, which is judged to be a Category B country and therefore does not require quarantine.

The cost of quarantine in the TRNC is borne by the individual, who is charged £285 for lodgings and three meals a day for seven days. Accommodation and food standards vary widely.

The venues used as quarantine centres are determined by the TRNC Health Ministry, and where a person stays appears to be down to pot luck.

There appears to be no forward planning by Dr Pilli and his team given the regularity of problems of new arrivals finding accommodation is not ready for them.

Several people have questioned why the TRNC authorities can’t get organised in advance. One Londoner said:

“Before we travel to Ercan the airlines get us to fill in a form with our details and where we are coming from. Surely the TRNC ministry can access these forms? Or create their own one online.

“It’s frankly unacceptable that a country wanting tourists, and expecting us to foot the bill for quarantine, is this disorganised.”

The TRNC Health Ministry has been contacted for comment about its quarantine arrangements.