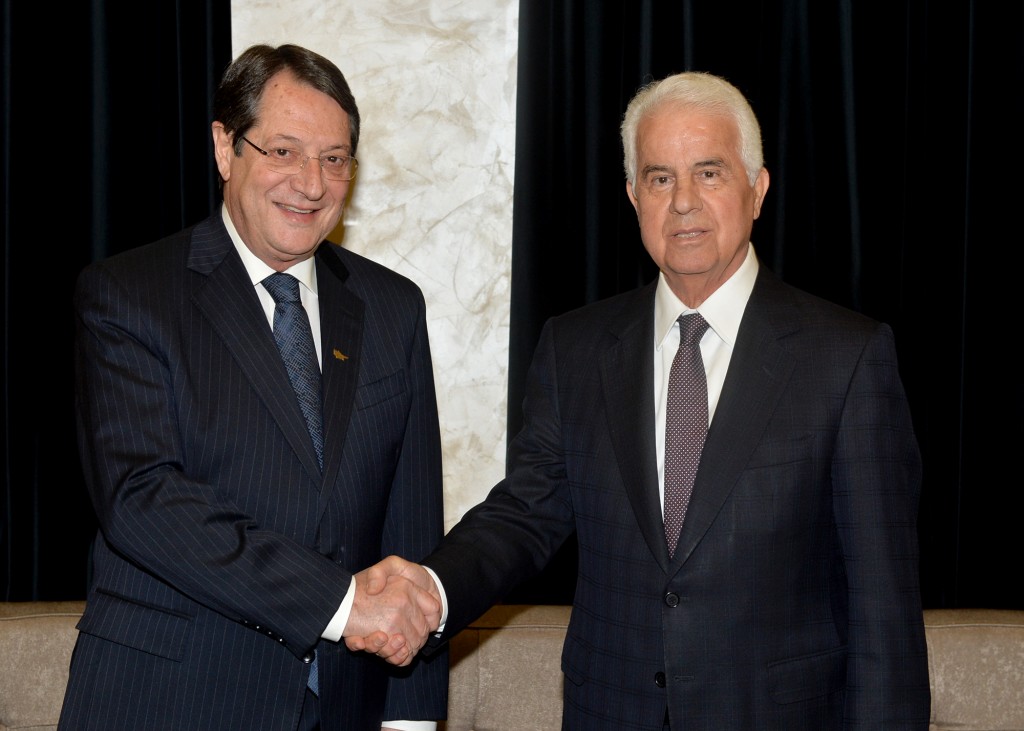 The two Cypriot leaders reached an agreement over the wording of a joint statement on Tuesday, paving the way for the start of a new round of peace talks to unite the island. The TRNC’s President Derviş Eroğlu met with his Greek Cypriot counterpart Nicos Anastasiades “in a friendly and cordial atmosphere” in the UN’s offices in the buffer zone in Nicosia, Cyprus, before releasing their anticipated joint declaration, given in full below.

Özersay will have his first meeting with the Greek Cypriot negotiator Andreas Mavroyiannis later this week. Although details have yet to be announced, Özersay is also expected to travel to Greece for official meetings, while Mavroyiannis will head to Turkey in the coming weeks.

In another further important development, Alexander Downer (left), the UN Secretary General’s Special Adviser toCyprus, is stepping down after five and a half years in his post. UN Secretary General Ban Ki Moon thanked Downer for the “indispensable role” he has played in bringing the two sides closer since his appointment in 2008. Ban also said “the United Nations will continue to support the Greek Cypriots and Turkish Cypriots in their efforts to reunify the island and move on from decades of separation.”

The two leaders had their first meeting today under the auspices of the UN Secretary General’s Good Offices mission. The meeting was held in a friendly and cordial atmosphere and the two leaders have agreed to the following: