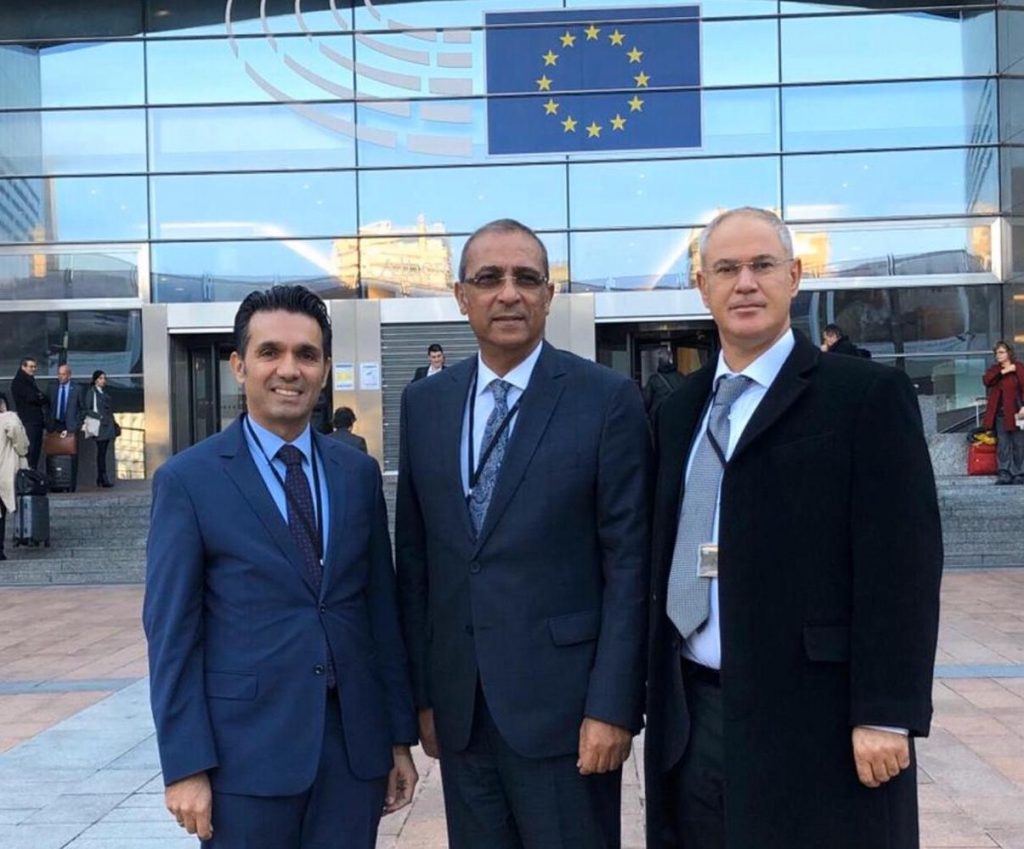 GREEK Cypriot political party leaders are trying to “cancel” a pledge made by the European Union to allow North Cyprus to trade directly with the bloc, a cross-party group of Turkish Cypriot MPs has warned.

Three MPs from the Turkish Republic of Northern Cyprus (TRNC) were in Brussels recently at the same time as the leaders of Disy and Akel, the main government and opposition parties in South Cyprus who had travelled there to lobby senior figures such as foreign policy chief Federica Mogherini and MEPs to revoke the EU’s direct trade regulation.

The proposals were put forward by the European Commission in July 2004 to “end the economic isolation of the Turkish Cypriot community” after it voted in favour of the UN’s “Annan Plan” to unite the island, which Greek Cypriots rejected.

They have yet to be implemented, however, due to Greek Cypriot objections. The regulation “remains with the [European] Council for consideration”, according to the European Commission’s website. Instead Turkish Cypriots are only allowed limited trade with the EU via the “Green Line” that divides Cyprus.

The issue of direct trade between the TRNC and the EU is “back on the agenda” following European elections in May, although it is understood to be standard procedure for “unresolved” issues to be “revisited” every five years when a new European Parliament is convened.

A statement from Akel general secretary Andros Kyprianou, dated 8 October, said that one of the goals of his trip to Brussels was “for the issue of direct trade to remain frozen as it has been all these years”.

Disy leader Averof Neophytou, writing on Twitter, said that 182 MEPs from the EPP political grouping supported his call for the direct trade regulation to either be “withdrawn” or for it to remain inactive.

Disy leader Neophytou posts from the European Parliament that the European Union must “withdraw” direct trade for Turkish Cypriots, which he describes as “occupiers”

The three men, representing the TRNC Parliament, held a series of meetings from 8 to 10 October with a number of MEPs from different political groupings, including British, German, French, Austrian, Czech, Spanish and Italian politicians, Mr Hasipoğlu said.

“For two days we visited and met with as many deputies in the [European] Parliament corridors as they [Kyprianou and Neophytou] did,” he said in a statement.

“They went out one door, we went in through another. We told them about the injustices we [Turkish Cypriots] have suffered and are suffering. I hope the European Parliament does not make the same mistake again.”

Mr Hasipoğlu said that MEPs were due to vote this week on whether or not to keep the direct trade regulation alive.

“As is known, the direct trade regulation was one of the promises made by the EU to the Turkish Cypriot people following the Annan Plan referendum,” he continued.

“The same mentality that has prevented this regulation from being implemented for 15 years is now trying to remove it completely from the EU agenda.

“One the one hand they [the Greek Cypriots] say they desire to establish a joint republic with us, but on the other hand they strike us in the back on every platform.

“Our neighbours who said ‘no’ to the Annan plan, who then unilaterally became a member of the EU and who have usurped our rights, are now mobilising to cancel the . . . direct trade regulation.”

Kerem Hasan, the TRNC representative of the Association of Turkish Cypriots Abroad, said the EU’s “broken promise” on direct trade was a “disgrace”.

“Allowing direct trade does not constitute recognition [of the TRNC],” he told T-VINE.

“However, the isolation allows Greek Cypriots to bully Turkish Cypriots whilst making ever more extremist demands in negotiations.

“Allowing direct trade would boost confidence between Turkish Cypriots and the EU, and indeed Greek Cypriots; restore one of our most basic human rights; and facilitate cooperation between the two sides that have a deep economic disparity at present.

“The EU should seek to use the issue of direct trade as an instrument to furthering a positive atmosphere at a time when Cyprus is in the middle of conflict and tensions.”