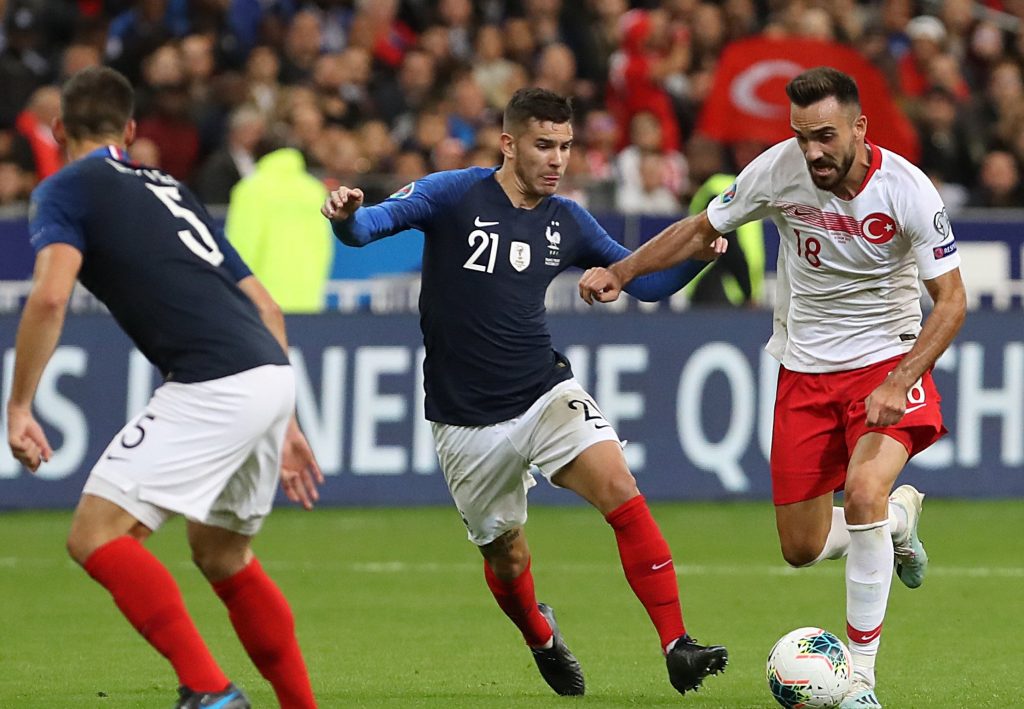 WORLD champions France were held to a 1-1 draw by Turkey in Paris on Monday night, propelling them to the top of their Euro 2020 group.

Both goals came in the second half. The French struck first on 76 minutes through a header by Olivier Giroud. The Chelsea striker had only been on the pitch for a few minutes as a second-half substitute when he headed home an Antoine Griezmann and set the home side on course for a win.

Their goal came against the run of play: France had dominated possession and the attack, with 23 shots on goal, nine on target, to Turkey’s five shots and just one, its goal, finding the target.

On Friday, 11 October Turkey had beaten Albania 1-0 at home with a last minute goal from Everton striker Cenk Tosun, France had beaten Iceland by the same score away from home with Giroud again scoring, this time from the penalty spot. 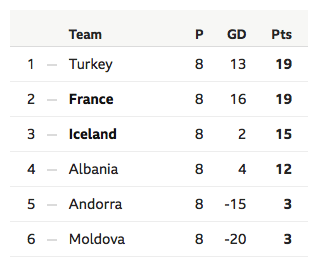 The brace of games left both teams on 19 points. However, Turkey remains above France at the top of Group H because of their 2-0 win in the reverse fixture.

Meanwhile France will host Moldova before going to Andorra, needing a maximum of three points to reach the finals.

Off the pitch, French politicians have called for action against the Turkish side after its players gave a military salute during the Euro matches. The team had also performed the same gesture after their match against Albania.

France’s sports minister Roxana Maracineanu tweeted after the game: “The Turkish players spoiled these efforts by doing a military salute, against sportsmanship. I ask UEFA for an exemplary sanction.”

Eric Ciotti, a senior member of conservative party Les Republicains, was harsher in his condemnation, tweeting: “The military salute of the Turkish players in solidarity with the army of #Erdogan who is killing our Kurdish allies had no place last night at the Stade de France!”

In response, UEFA, European football’s governing body, confirmed on Tuesday that is has opened an investigation into the incidents against Albania and France.

“An Ethics and Disciplinary Inspector has been appointed to initiate disciplinary investigations with regard to potential provocative political behaviour by players of the national team of the Turkish Football Federation,” the statement read.

UEFA regulations say that national associations may be subject to disciplinary measures for “the use of gestures, words, objects or any other means to transmit a provocative message that is not fit for a sports event, particularly provocative messages that are of a political, ideological, religious or offensive nature.”