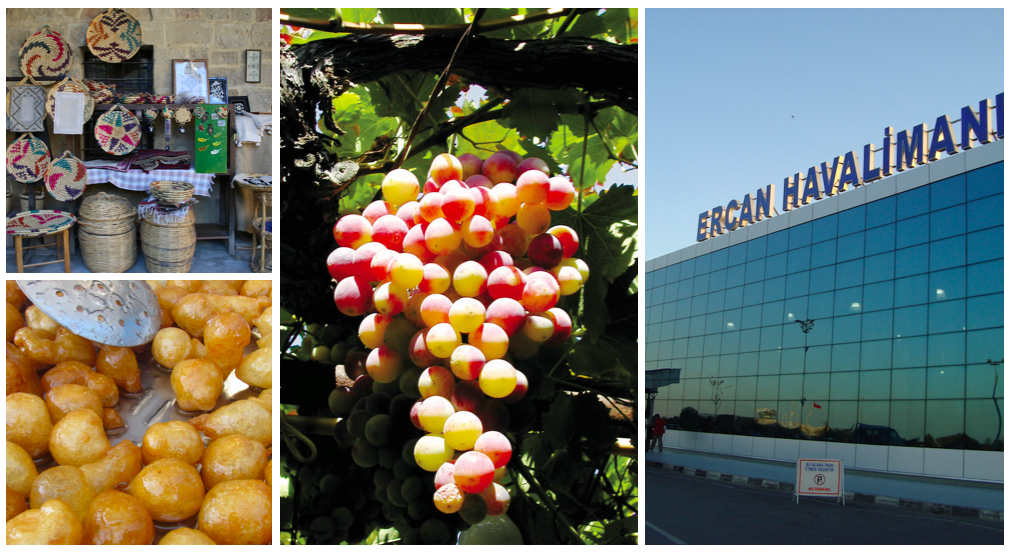 The Cyprus Problem has existed for decades. While we each have our own take on its origins, the search to find a solution that is acceptable to the majority of Greek and Turkish Cypriots continues to this very day.

Research can play a vital part in helping policy makers understand the concerns and needs of the communities affected by their decisions, and influence the strategies and actions they take.

Up until now, all research into attitudes on the Cyprus Problem and the possible solutions have focussed on the those living on the island.

For the first time, a new survey is also actively seeking the views of the Turkish and Greek Cypriot diasporas.

T-VINE talked to the two principal academics to find out more about their pioneering research. Here’s what Assoc. Prof. Işık Kuşçu-Bonnenfant and Prof. Neophytos Loizides had to say.

Işık Kuşçu-Bonnenfant, the Principal Investigator of the project, is an Associate Professor of International Relations at Middle East Technical University (METU) in Ankara specialising in diaspora studies and ethnic migration return. Neophytos Loizides is the Director of Conflict Analysis Research Centre (CARC) at the University of Kent, and has worked extensively on Cyprus and peace mediations.

Işık suggested the idea of working on a Cyprus diaspora project back in 2015 after a CARC workshop in Ankara supported by the British Institute. Some of our earlier polling focused on displaced persons and their properties in Cyprus. Our latest publication together (and with Charis Psaltis and Keele University’s Huseyin Cakal) used surveys of Turkish and Greek Cypriots displaced in the island and it is available here.

The Diaspora Survey is funded by the British Academy via a Newton fellowship awarded to Işık at the University of Kent, while the island-portion of the survey is funded by a grant from the US Institute of Peace. These organisations provided the funds, but they are not involved in creating the surveys or the data analysis. These are done by academic staff and their collaborators, who operate under university rules and ethics procedures.

We will use the surveys for papers and policy reports. This is will be done anonymously, according to the ethics approvals mentioned above. The results will also be shared with the media and policymakers, as well as in public engagement events via zoom. In previous surveys, we met and shared results with the negotiators in the two communities, as well as with the UN (United Nations).

This is probably the first time this has been done. What will be interesting is that we can compare the findings with Cyprus, as well. It will be exciting to know how diaspora Cypriots feel about key aspects of the peace process, and how their feelings and preferences compare to Turkish and Greek Cypriots in the island.

It is not more complicated than Cypriots and Cyprus itself!

We thought that a detailed analysis of the diaspora and its problems is worth the respondents’ and our time.

Essentially, as the survey is the first of its kind, we would like to establish a baseline for future work.

The ‘diaspora-homeland’ connection is special, and in many cases homeland forms a crucial component of the identities of diasporas.

Homeland politics and policies of the homeland affect multiple aspects of Cypriot diaspora life – Covid-19 being the latest – and here we know details matter.

One of the interesting aspects of our survey is that it started before the lockdown, therefore we could potentially compare data before and after the pandemic for instance on the question on whether Cypriots abroad plan a permanent return to Cyprus in the next few years.

We would also like to understand in detail how diaspora members relate themselves to their homeland and how they envision the island’s future. For these questions, we used a ‘conjoint experiment’ to present respondents with different options that would make them think more or less positively on settlement dimensions, as well as their return to Cyprus.

Because diasporas are spread around the globe, there are multiple difficulties in securing a representative sample, so only an experiment of this type could make our work methodologically vigorous. As a result, basically, the structure seems at first a bit complicated because of the inherent problems of diaspora data collection. But that is not as hard as it sounds.

Our respondents could think of themselves as mediators who have a chance to accept or reject different settlement options offered to them. This is easier to complete than conventional surveys and people should be prepared for this in case of a future referendum.

One could reject them all or accept some. This methodology was used in our latest work in Cyprus itself. The ‘people’s voice’ is important in peace talks and we wish to offer this opportunity to members of the diaspora.

The survey takes as its point of origin the fact that two sides have endorsed and signed agreements on forming a Bi-zonal and Bi-communal Federation (BBF). We would like to see how the public feels about those.

We also ask about other options, so if one gets 5 questions on how to improve BBF, but still feels not totally comfortable with this, they can list their preferred alternatives to BBF, such as a two states solution, status quo, centralized state, annexation etc. But they need to be patient as this question is in the last section of the survey, so it’s important that we have a full questionnaire completed.

This is indeed a standard question we ask in all polls, so it will be interesting to see the comparisons with local Cyprus surveys.

The world is becoming increasingly interconnected and diasporas are involved in multiple new ways in their homelands. Diasporas are considered important, transnational actors to be reckoned with.

The homeland makes up an important component of diasporic identity, and in turn the prosperity and stability of their homeland matters to the diaspora.

Girne/Kyrenia a popular place for Turkish Cypriots abroad to relocate to, but also one of the towns where pre-1974, Greek Cypriots owned significant property, which must be considered in a future settlement. Picture of Girne Habour

Therefore, learning about their views on such matters, besides the preservation of their culture, their return intentions to Cyprus and their political views, are important for us.

Absolutely. Via media and policy reports. The British Academy regularly publishes outcomes of work they have funded, but priority will be given to Cypriot diaspora media.

We are very grateful to diaspora leaders and community media for supporting us in the data collection and it is important for their networks to be informed of all key findings.

Academic research suggests that diasporas are potentially important actors in their own right. This survey is a great tool for us, as researchers, to analyse Cypriot diaspora perspectives on various key issues regarding the island’s future.

We also hope that the survey can serve as an important venue or meeting place for the diaspora to express their views. We would like to come back to the diaspora and debate the results with the public and in online meetings. This is an opportunity for Cypriots abroad and their voice to be heard.