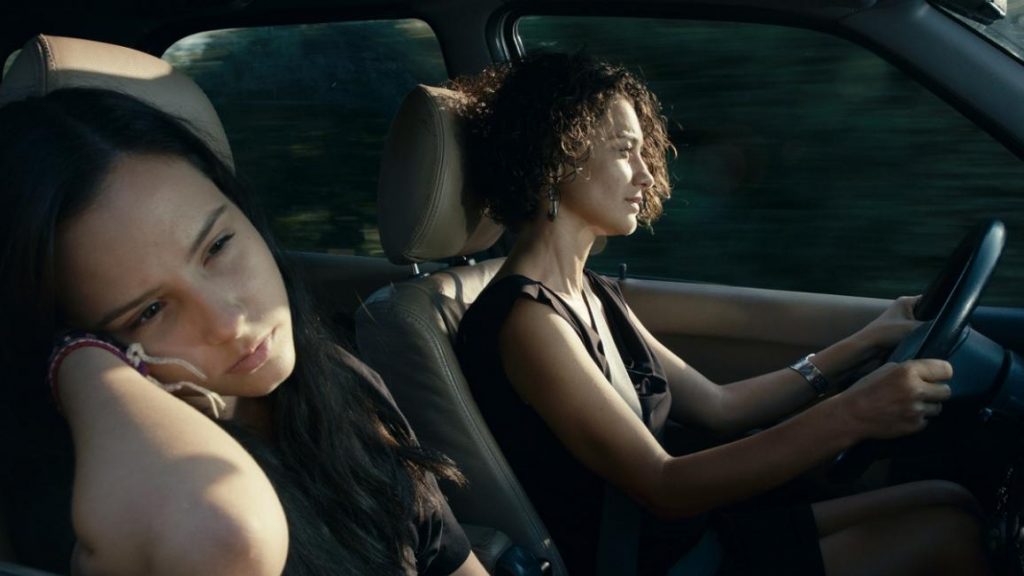 This Friday, King’s College London will screen Wish to Wash with Rain / Yağmurlarda Yıkansam (2016), a heart-wrenching film about a young woman forced to face up to her traumatic childhood. The film is the award-winning debut feature of director Gülten Taranç, who will also be present for a Q&A after the screening.

Wish to Wash with Rain looks at the life of those left behind when women are murdered. The drama tells the story of a Hale, a woman in her mid-30s who went by the name of Gamze as a child. A surprise marriage proposal by Hale’s boyfriend Engin brings her past crashing into sharp focus, forcing her to recollect the terrible experiences she witnessed as a teenager, the scars of which have shaped her through adulthood.

Neither the rain, nor Engin can erase Hale’s harrowing past. The only way she can come to terms with these terrible memories and move beyond them is by confronting her childhood as Gamze.

The free screening of the film and Q&A is being jointly arranged by Yunus Emre Institute London and King’s College London. Interviewing Gülten Taranç will be academic and media commentator Dr Eylem Atakav. A Senior Lecturer in Film and Television Studies at the University of East Anglia, Dr Atakav is the author of Women and Turkish Cinema, and also directed Growing Up Married, a short film about middle aged women in Turkey talking about their lives as child brides. They will be joined on stage for the Q&A by Dr Iain Robert Smith, a lecturer in Film Studies at King’s College London.

Most tickets for this special premiere have already gone, so register fast to guarantee your place on Friday.

Tickets: Tickets are FREE, but prior registration is required either via Eventbrite or by emailing: londra@yee.org.tr