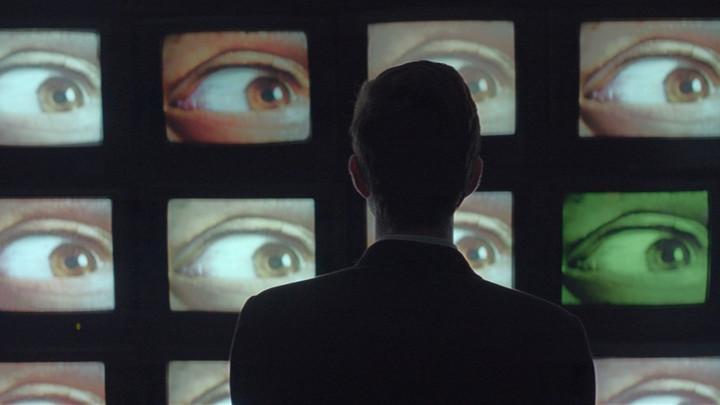 The 63rd BFI London Film Festival starts today. On until the 13thOctober 2019, it features the finest selection of new films front around the world, and with 345 films to choose from, there’s a lot to explore!

The London Film festival (LFF) is a chance to discover the Oscar winners of the future, the most thrilling new talent from across the globe, and beautifully restored treasures from the archives. Every film screening at the Festival is hand-picked by an expert team of programmers, and all features are being shown in the UK for the first – and sometimes the only – time. Films don’t get fresher than this!

The LFF is using 12 fabulous venues across Central London to screen films, each with an atmosphere and buzz all of its own. Head down to the social hub at BFI Southbank for free events and Festival chat, or discover the state-of-the-art pop-up venue, Embankment Garden Cinema.

As in previous years, the 2019 event has hundreds of leading directors, writers and actors attend, many going on stage to introduce their films and take part in audience Q&As afterwards. The Screen Talks and LFF Connects events are a chance to hear from the world’s top creative talent: see the LFF website for announcements of all guests and events.

Each film is showing twice but book your tickets fast to avoid disappointment.

Paranoia reigns in this arresting hybrid of body horror and social commentary (pictured top), which promises to be one of the year’s most subversive genre films.

Mehmet, the superintendent of a dilapidated high-rise apartment block, is tasked with overseeing the installation of a government-imposed satellite dish, designed to monitor information in the building. Shortly after construction begins, the portentous death of an engineer signals the arrival of something far more suspicious than mere surveillance. As inexplicable transmissions infiltrate the homes of the residents, so does a strange black ooze that seeps through the walls.

Invoking the corporeal preoccupations of early Cronenberg by way of Tetsuo: The Iron Man – and a dash of Lamberto Bava’s Demons 2 thrown in for good measure – Orçun Behram’s dystopian sci-fi shocker is a thing of grotesque beauty, offering an audacious allegory for freedom of speech in contemporary Turkey. Big Brother is watching…

More info and tickets: This is an 18+ screening. Buy online from BFI

It Must Be Heaven

Acclaimed Palestinian filmmaker Elia Suleiman returns with another deadpan take on life in exile with the typically assured and moving It Must Be Heaven.

The beard is now inflected with grey and the eyelids hang a little lower, but for Elia Suleiman, the deft comic touch and wistful regret for a home just out of reach remain strong in It Must Be Heaven.

Part financed by Turkish state broadcaster TRT, this is the Palestinian filmmaker’s fourth feature film – and his first in a decade – revisits similar themes to his earlier work, once again employing himself as the near-mute central character. This time, however, Suleiman transposes much of the action to Paris and New York.

The upheaval across the Arab world since 2011 has seen the Palestinian struggle for statehood lose some of the existential urgency it once had to outsiders. Suleiman’s film is a delicious reminder of both the vitality of the cause, and the vibrancy of his artistry.

In Turkey, an MP, a former Police Commissioner, a right-wing assassin wanted by Interpol and a woman named Yenge are all involved in a car crash.

In this three-chapter, fictionalised re-imagining of real events, a post-patriarchal near future is proposed as the archetypal characters’ conversations bring up issues of corruption and inequality. Throughout the film, Yenge’s voice begins to interrupt the bravado of the male characters, leading to tales of women’s emancipation and empowerment, barrier-breaking and activism.

LFF 2019 is sponsored by American Express. For sold-out screenings, you can check with the LFF Box Office for returns on the day.

For the full festival programme, including special events, and tickets for screenings, visit the LFF section of the British Film Institute’s (BFI) website: whatson.bfi.org.uk/lff