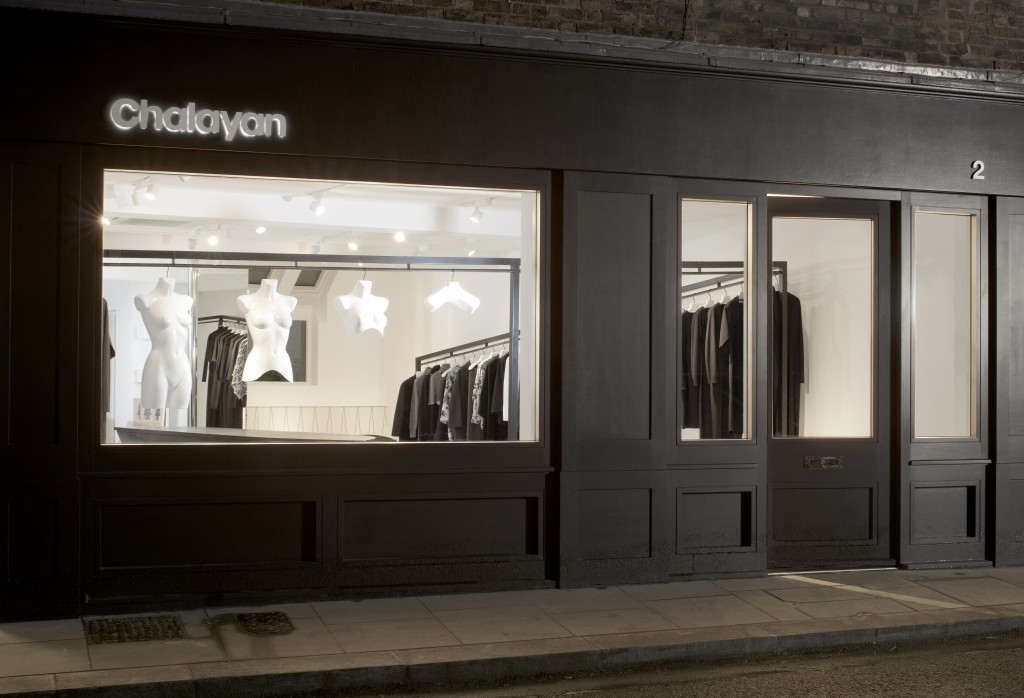 Nestled in the city’s emerging arts district, the store is part of the Grosvenor estate and located at 2 Bourdon Street. Neighbours include Phillips contemporary art auction house and the Gagosian Gallery, which is a stone’s throw away on Grosvenor Hill.

As with everything Hussein Chalayan does, even the simplest of concepts oozes with multi-layered ideas. Stepping inside his new flagship store, you are greeted by a sleek black wooden boat hull in the centre of the room, and backgammon-style black and white triangular floor tiles. The black cash till doubles as a digital clock, while the clothes rails on three sides of the room are slanted, which can momentarily throw you off balance: is it you, the floor or the ceiling that is off-kilter?

“The dialogue feeds the design process and the project as a whole between space and collection. The important thing is the creation of an environment, a backdrop, to the clothes, rather than over-designing the space. The spatial design cannot wrestle with the content [clothes and other objects] for importance.” 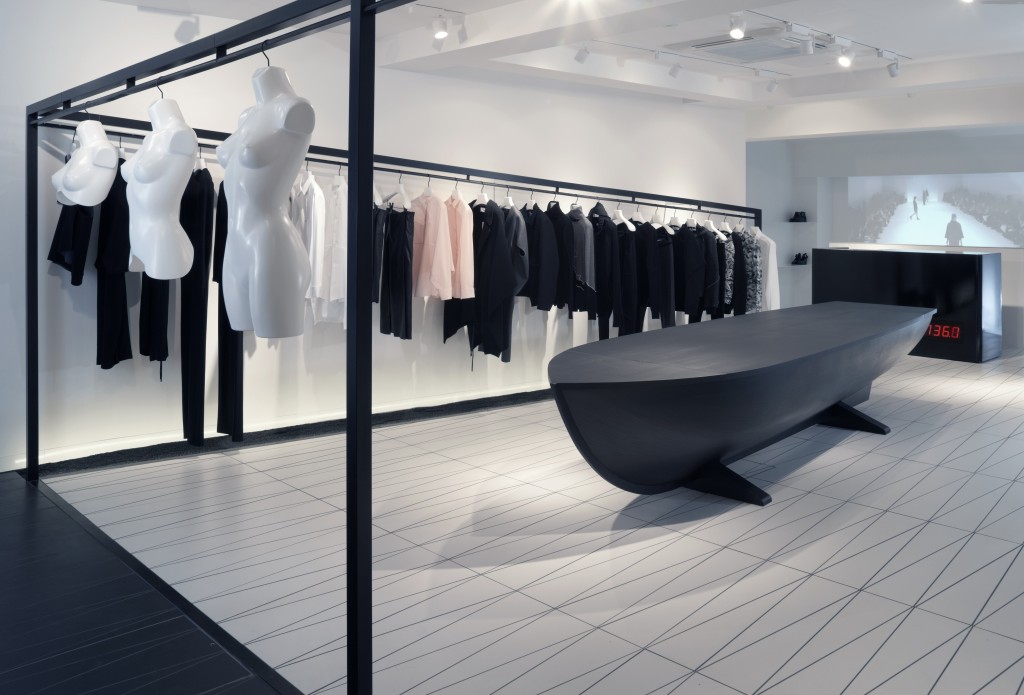 Since its opening, CHALAYAN has not only operated as a retail outlet, but also a hub for cultural events and happenings. Shoppers have enjoyed a private dining experience where the in-store boat hull turns into a dinner table. It has also hosted pop-up exhibitions, where a selection of Hussein Chalayan’s art is showcased and visitors have the chance to hear him speak, most recently during last week’s London Art Frieze.

Hussein told T-VINE opening the store in the British capital was an important milestone for him and his brand: “London is the most important metropole in the world. It’s where I grew up and developed as a designer. And this [Mayfair] spot is where many discerning art lovers and shoppers go.”

“Hussein Chalayan: a game-changer who rocked our world”

Lefkoşa-born Hussein came to London to study at a young age. He made headlines in 1993 with his graduate collection from Central Saint Martin’s, which he first buried in his garden before exhuming and submitting its decomposed form. Over the years, he has collaborated with the likes of Puma (he was their creative director between 2008 and 2012) and Swarovski (creating a series of LED gowns), as well as producing a giant translucent egg from which Lady Gaga emerged to perform at the 2011 Grammy Awards.

Never standing still, Hussein’s work goes beyond fashion to also encompass art, film and dance; multi-media platforms he uses to explore themes such as identity, space and time. His eponymous label is globally renowned for its innovative creations, which bridge the gap between fashion, design and technology.

He was named by the Wall Street Journal as ‘an influencer who influences the influencers’ and by Time Magazine as one of the top 100 fashion icons of all time. Last month, he was named on the front cover of Wallpaper*’s 20th anniversary edition as one of “20 game-changers who rocked our world”. Read the interview here.

CHALAYAN is open daily from 10am to 6.30pm, Monday to Saturday.