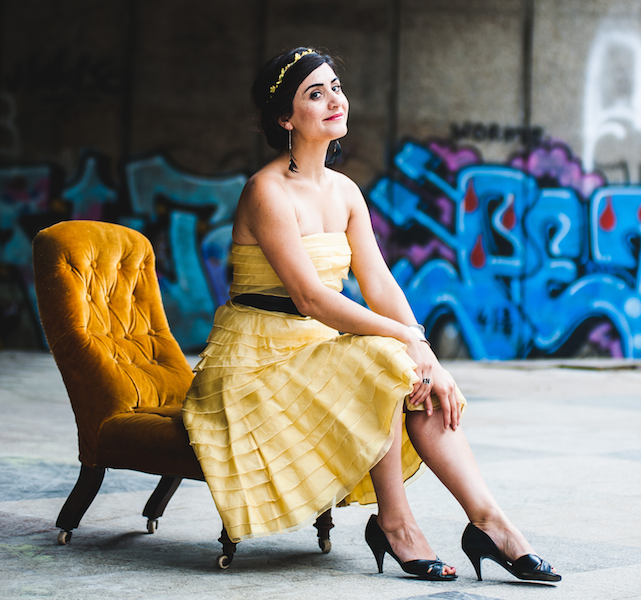 Istanbul-born Çiğdem Aslan brings her multi-lingual skills to this year’s Rebetiko Carnival, singing the songs of her roots.

Çiğdem came to the forefront of the UK Rebetiko revival with her stunning 2013 debut release Mortissa, which breathed new life into 1920s and 1930s Rebetiko and Smyrnaic songs. The album received great reviews from all around the world; including the Guardian, NPR, Songlines, fRoots, Evening Standard, and New York Music Daily.

Mortissa entered the World Music Charts Europe top ten, where it remained for months. It was chosen as one of the best albums of 2013 by fRoots and Songlines Magazine, the latter also nominating Çiğdem in the Best Artist category for Songlines Music Awards 2014.

Çiğdem will be performing at the end of June as part of Rebetiko Carnival’s month-long series of concerts. Now in its fourth year, the festival celebrates a style of urban folk music that was popular in Greece and Turkey between the two world wars.

A rich synthesis of sounds drawn from across Greece and Asia Minor, sprinkled with Byzantine chant, and Ottoman classical and café music, could be heard in meyhane (bars), reflecting the pain of the people at the time, especially the million or so Ottoman Greek refugees forced to leave Turkey in the 1920s. Its more rebellious lyrics resulted in Rebetiko being banned for a time in both Greece and Turkey. On 28 June, Çiğdem will be playing live at the Vortex in Stoke Newington accompanied by Nikos Baimpas (kanun), Mchalis Kouloumis (violin) and guest musicians Ant Romero (percussion) and Baha Yetkin (oud). She will sing Alaturca songs from or about Istanbul, which influenced the sound of Rebetiko, as well as perform new material taken from her upcoming new album due for release later this year.