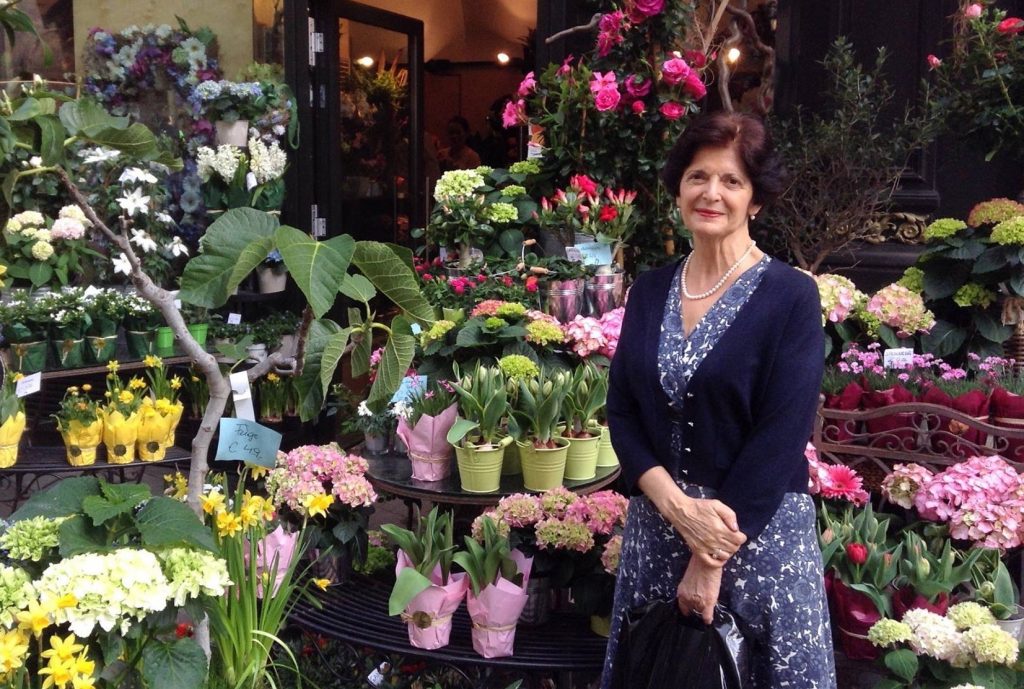 Aysın Yılmaz, the pioneering former past president of the Council of Turkish Cypriot Associations in Britain (CTCA UK), has died this morning, her family has announced. She passed away peacefully at 9am at North Middlesex University Hospital, where she had been receiving treatment for leukaemia.

The news has been greeted with universal sadness from the British Turkish community. A tearful Leyla Kemal, the current CTCA UK president, told T-VINE that Mrs Yılmaz was a “remarkable woman and leader”, describing her as “my mentor, my second mother”.

She added, “This is extremely sad news. She has left an incredible legacy for the community and CTCA to continue. It is a huge loss to us all. Allah gani gani rahmet eylesin, nur içinde yatsın [May God rest her soul, may she sleep in the light]”.

Oya Tuncalı, the London Representative of the Turkish Republic of North Cyprus (TRNC), wrote on Facebook:

Semahat Mustafa, the President of the TWPA, issued this message on behalf of the group:

“It is with great sadness we announce that we have lost a real community legend Ayşın Yılmaz this morning. Our deepest condolences go to her family.

“Rest in peace [Ayşın], you will be greatly missed.”

Leyla Kemal: Mrs Yılmaz was a “remarkable woman and leader…she was my mentor, my second mother”

“We are deeply saddened to learn of the passing of dear Ayşın Yılmaz, a patriotic, hardworking, beautiful person who has provided great services to the Turkish community. Our pain is enormous.”

“We last saw Aysın Yılmaz, a dearly valued person who died this morning, in November at the Council of Turkish Cypriot Associations in Britain’s Awards Night. This elegant lady was given a standing ovation by the hundreds of guests present as she received the Lifetime Achievement Award.

“In recent years she had focussed on receiving treatment for her illness. We were all so very happy to see our beloved Aysın Hanım [after] hearing the bad news [about her illness returning].

“For years we had come together at various occasions and that night, without knowing, we were saying goodbye to kind and caring Aysın Hanım. Two months later she passed away, quietly, with her usual grace.

“I extend my deepest condolences to her husband Mehmet Yılmaz, daughters Seden and Zehra, her family, all her friends and wider the Turkish community. She will always be remembered with love and respect. Her place is heaven, may God rest her soul.”

Originally from Mağusa/Famagusta in Cyprus, Aysın Yılmaz moved to London when she was aged six. Her adult life epitomised the essence of doing one’s civic duty.

She was a trailblazer, her service to community stretching back nearly 40 years, during which time she tirelessly fundraised for multiple good causes. She led several significant women’s groups, and also made history as the first female President of the CTCA UK.

A member of the Turkish Women’s Philanthropic Association (TWPA) from its earliest years, Mrs Yılmaz joined its Executive Committee in 1983 when her mentor Akile Ishin was President. A registered charity in Britain, the organisation is one of the UK Turkish Cypriots’ biggest success stories, and the only community association to have bought its own building, back in 1992, in Turnpike Lane, North London.

Mihrişah Safa: “For years we had come together at various occasions and that night, without knowing, we were saying goodbye to kind and caring Aysın Hanım. Two months later she passed away, quietly, with her usual grace”

In 1986, Mrs Ishin and Mrs Yılmaz represented the TWPA at a Central London meeting of women’s groups that led to the birth of Federation of International Women’s Associations in London (FIWAL). TWPA became one of 14 founder groups, with Mrs Yılmaz selected onto FIWAL’s Executive Committee.

Mrs Yılmaz was elected FIWAL President in 2000, serving for two years. She then became a member of the Federation’s Advisory Committee.

FIWAL’s aims are for its female members to share their ideas and to benefit from each others’ experiences, using events to highlight their diverse cultures and similarities, whilst also promoting tolerance and understanding. Today, FIWAL has grown to 30 women’s clubs, and led to many strong friendships.

In March 1998, she organised a TWPA conference at the University of London to celebrate International Women’s Day. She invited the founder members of FIWAL to speak, bringing together Turkish Cypriot women with the Federation’s diverse membership that included Arabs, Americans, Australians, and South Africans. Also on the panel that day was North Cyprus Professor Şule Aker, at a time when international speaker opportunities for those from the politically isolated country were few and far between.

In 1997, she secured a National Lottery grant allowing TWPA to employ a part-time Health Project Co-Ordinator. In keeping with their philanthropic nature, three years later the TWPA made a successful National Lottery bid, receiving funding of £74,000 for a two-year project to support Görsem Special Needs School in Eskişehir, Turkey. The funding allowed the school to offer IT training for disabled children and their mothers, benefitting 30 families.

Mrs Yılmaz frequently used her role to give a platform to talented Turkish Cypriots, among them Prof. Mustafa Djamgoz. He gave a keynote address on a ‘New Approach to Understanding Cancer’ at a FIWAL conference on Women’s Health that she organised at the Royal Geographical Centre in 2001. The following year, she hosted a lunch at the Dorchester Hotel, where her friend singer Patti Boulaye OBE and Dame Jocelyn Barrow, President of UNIFEM, were guest speakers.

In 2001, Akile Ishin and Mrs Yılmaz took the FIWAL Executive Members to Istanbul and North Cyprus. The trip had commenced two days after 9/11 attacks on America, and many were initially wary of travelling to a ‘Muslim country”, yet it turned out to be a fantastic experience, with everyone having a “wonderful time”. Among the trip’s highlights was the group enjoying a lunch meeting with iconic TRNC President Rauf Denktaş.

Mrs Yılmaz’s calm, guiding hand played a pivotal role in restoring the fortunes of the CTCA. She was the first woman to become its Vice-President, serving for a total of three terms, before being elected its President in January 2013.

Inheriting a broken organisation that was in debt and disrepute, she patiently started rebuilding its reputation and creating a strong co-ordinating hub for its member groups, which includes Turkish schools, along with elderly, women’s and cultural associations. She cleared the group’s financial deficit, and instilled a new sense of purpose and decorum to the umbrella group’s proceedings.

In November 2013, she hosted the CTCA’s 30thAnniversary Ball, a hugely successful event attended by over 500 people. Fourteen months later, she led a CTCA delegation to Turkey, where they met with the victims and relatives of those affected by the terrible Soma Miners tragedy, which claimed 301 lives in May 2014, offering them support and donations the CTCA had collected from members.

Mrs Yılmaz was an active fundraiser for cancer charities too. She was on the Executive Board of cancer support group PCRF for a year, having worked with them for many years. She regularly took part in their annual fundraising and awareness event the Orchid Walk in Girne, North Cyprus, attended by hundreds of people.

She received many awards for her community work, including the Asian Women’s Achievement (AWA) Award for Social and Humanitarian Work in 2006 – the first woman of Turkish heritage to be recognised. That same year, when FIWAL also honoured her, among those to congratulate her was Prime Minister Tony Blair’s wife Cherie.

In 2016, Mrs Yılmaz was recognised for her community and charity work by TURYAK (Turkish Senior Citizens Assoc.) during their 3-day Conference and Awards Ceremony in Istanbul, where she represented Britain.

In her own words, one of her “proudest moments’ came when she was invited to 10 Downing Street to meet with Prime Minister Gordon Brown as part of a small delegation of British Turkish Cypriots in April 2009. It was the first time that a British Prime Minister had formally met with the community.

On 12 October 2019, the CTCA paid tribute to Mrs Yılmaz’s work and legacy by presenting with a Lifetime Achievement Award. Undergoing chemotherapy at the time, it was touch and go whether she would be able to attend the event, but she did, visibly having to be supported by her husband.

Many were unaware that she was battling cancer again, having previously fought and beaten the disease a decade earlier. It was one of the last times she would be seen in public.