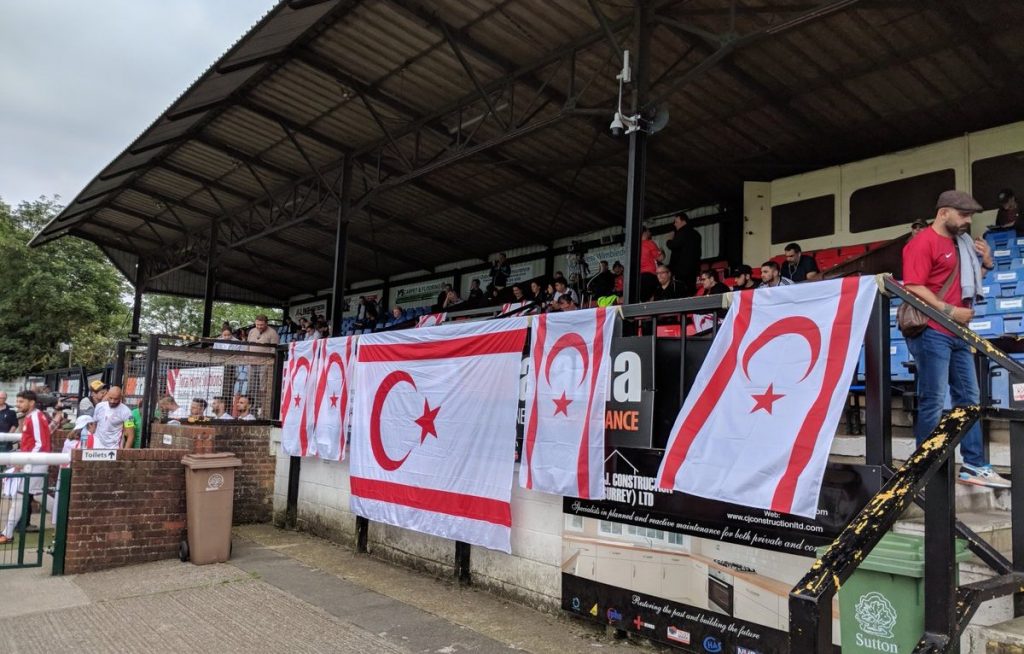 North Cyprus put in their strongest performance of the 2018 CONIFA World Cup yet by beating African team Barawa 8-0 in the quarter-finals earlier today. The Turkish Cypriot side dominated from start to finish to book their place in the semi-finals against European champions Padania on Thursday, 7 June at Carshalton.

For all the domination, North Cyprus could only put one goal past Barawa in the first half. Uğur Gök scored after Barawa keeper Calvin King could only parry a Billy Mehmet shot.

While Barawa showed resilience, their attacks rarely troubled North Cyprus. The African team suffered a major blow when captain Omar Sufi was forced to come off.

North Cyprus capitalised, extending their lead after the break, with Serhan Onet heading home from a free kick. Minutes later, Gök headed in his second goal, to make it 3-0.

The fourth came through an own goal. After good work down the right-hand side by Mehmet, his cross was turned into Barawa’s net by an unfortunate Ayuub Ali.

Halil Turan blasted in off the crossbar for North Cyprus’ fifth, before Gök scored his hat trick, following by a seventh goal for the side courtesy of Mehmet.

Photos of North Cyprus in action in Group B games

The rout was complete when Tansel Osman passed into the bottom corner, following a slick move which got the better of their tired opponents.

The performance is a major statement of intent by North Cyprus ahead of their semi-final against the team which beat them in the final of the CONIFA European Cup last year. Back in May 2017, host nations North Cyprus lost 5-3 in a penalty shootout against Padania.

The team from northern Italy has been in fine form for this tournament, winning all three of its Group C games. They take on North Cyprus at Colston Avenue Football Stadium, home of Carshalton Athletic FC, on Thursday.

Tickets will be available at the turnstiles or buy in advance online from CONIFA.