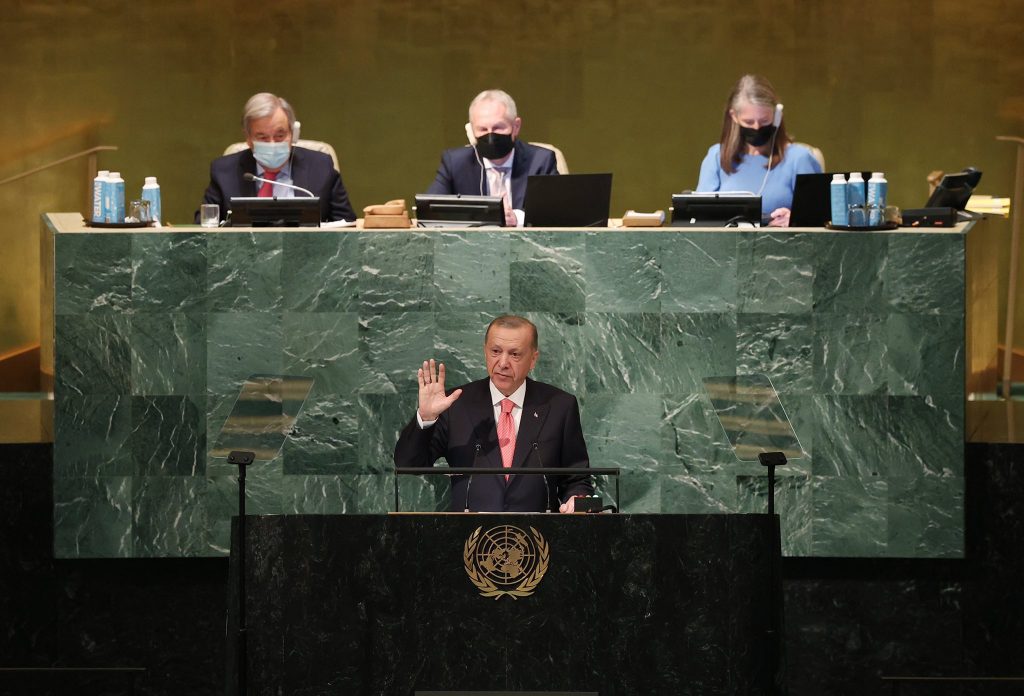 Ersin Tatar, the President of the Turkish Republic of North Cyprus, has expressed his “gratitude” to Recep Tayyip Erdoğan, after the Turkish President called on countries to formally recognise the Turkish Cypriot state.

“I invite the international community to formally recognise the Turkish Republic of North Cyprus as soon possible,” the Turkish president told the 77th session of United Nations General Assembly on Tuesday evening, 20 September.

President Erdoğan’s “historic speech” was part of a 30-minute address on a wide range of topics, from the Ukrainian War to the belligerent attitude of Greece, and the rights of the Palestinians. On the TRNC, the Turkish leader said:

“When it comes to the Cyprus dispute, we, together with the Turkish Republic of North Cyprus, have consistently shown good will and a constructive approach to try and reach a fair, permanent and viable solution.

“Essentially, those who want to see the realities on the island knows there are two states and two different nations on the island [of Cyprus]. The key to a solution on the island is the recognition of the sovereign equality and equal international status of the Turkish Cypriot people.”

President Erdoğan’s address in Turkish to the UN, calling on world to recognise the TRNC

The Turkish Cypriot president, who is also in New York for talks with the UN Secretary-General António Guterres, issued a statement earlier this evening thanking President Erdoğan for raising the “demands and expectations of the Turkish Cypriot People” on the global stage.

The statement said it was “the first time” the issue of formal recognition of the TRNC had been brought before the international community at the United Nations.

President Tatar, who telephoned his Turkish counterpart after the speech to thank him in person, said: “I express my gratitude to President Erdoğan for this historic call. I sincerely hope that the international community will listen to President Erdoğan on the matter, and the way is opened for the TRNC to reach its deserved place in the international arena, free from isolation and restrictions.”

It is the first time that a Turkish leader has publicly called for the TRNC’s recognition in the country’s 39-year history.

Turkish Cypriots unilaterally declared their own  state on 15 November 1983 in response to twenty years of being politically left in limbo after Greek Cypriots violently seized control of the Republic of Cyprus in December 1963.

Although the Turkish Cypriot state enjoys informal relations with a multitude of countries, from Pakistan to Azerbajian, currently only Turkiye formally recognises the TRNC and has an embassy in Lefkoşa.