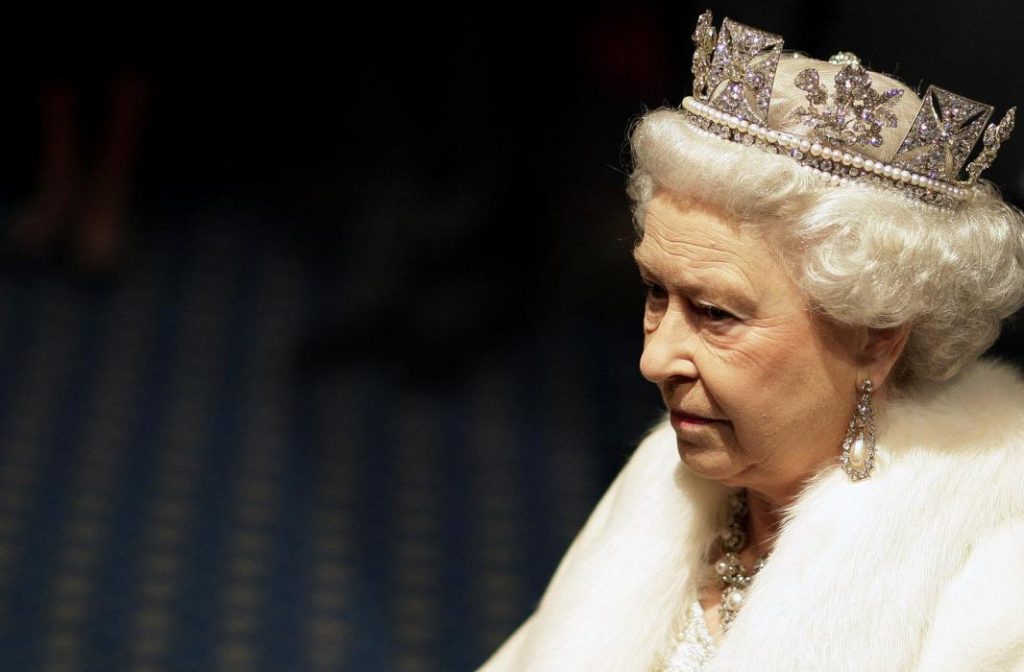 When Turkish restauranteur Hüseyin Özer left a wreath at Green Park last week in memory of the late Queen Elizabeth II, he described her as “the mother of the nation” and said the Queen’s passing had made him “as sad as losing my own mother”.

His red and white wreath, in the shape of the Turkish crescent moon and star flag, bore a note of condolence to the new sovereign, King Charles III, and a tribute to his late mother, Her Majesty The Queen.

Özer wrote: “King Charles III, With deepest condolences for the loss of your mother, our sovereign and Queen. I send prayers to Allah and God that they may quietly guide you throughout your reign as King Charles III

“Queen, With grateful thanks for all that you have given this wonderful country, which I am proud to call my home. From Huseyin Ozer”.

At the weekend, Özer joined tens of thousands of people queuing to pay their respects to the Queen Lying-in-State at the Palace of Westminster. When his turn came, Özer stood before the Queen’s coffin and bowed his head, before opening his hands in prayer to Allah, reciting a prayer for the woman he regards as highly as his own mother.

The affection the Sofra chain owner, who was born in Reşadiye, near Tokat Province in northern Turkiye, has for his adopted country and the Royal Family runs deep. Like many immigrants, Özer’s life has flourished since coming to Britain nearly fifty years ago.

He was born into a humble life, working as a shepherd boy in his village, before moving to Istanbul and taking employment as a dishwasher in restaurants while learning English. He then embarked on a journey that would change his life, coming to London on a bus in 1975 as a 26-year-old.

Baroness Meral Hussein-Ece – the most senior British politician of Turkish heritage – also paid her respects to the late Queen Lying-In-State in Westminster Hall, recounting to T-VINE her memories of meeting the monarch.

“I met the Queen on several occasions, notably at the State Banquet in honour of [the Turkish] President Abdullah Gül [in London in 2011]. She heard me speak in Turkish to the President and was interested to learn if it’s my first language. She was always extremely charming.”

The Liberal Democrat peer also said that she and other members of the Houses of Parliament are required to swear a new Oath to the King before they can take part in any Parliamentary business.

The 11 days of official mourning since news of the Queen’s death was announced on Thursday, 8 September, has given people in Britain and around the world an important opportunity to reflect on the life and legacy of this incredible woman.

Many British Turks have taken to social media to write tributes to the late Queen and express their sympathies to her family, and to wish her successor, King Charles III, well.

For some, like Dr Teoman Sırrı MBE, it was a chance to remember their meeting with the British monarch. Originally from Gazimağusa in North Cyprus, the now retired Turkish Cypriot GP from Harringay, North London, was recognised for his health and education work in the UK New Year Honours list of 2005, receiving his MBE (Member of the British Empire) from the Queen the following summer.

Dr Sırrı recounted this special experience to T-VINE: “I met Queen Elizabeth II, the Queen of the United Kingdom and Commonwealth, on the day of my investiture when she presented my MBE award and medal to me.

“On that day, I was very excited and nervous. I was excited because I was happy, but I was nervous because the preparation before the ceremony was very intense.

“There were 90 people who were getting their awards on that day, including the singer Tom Jones. The Queen’s entourage took us aside and explained how to approach the Queen and how to address her.

“We were also told the following: ‘Do not speak to the Queen unless spoken to’, ‘How to address the Queen if she speaks to you’, and that we must leave ‘immediately as soon as the Queen shakes our hands, as she had 90 awards to give in 1 hour’. That meant roughly 40 seconds per person,” exclaimed the doctor.

“In their instructions, they also told us, ‘When leaving, go 4 steps backwards and then turn your back to her’ and, most significantly, ‘Do not repeat to anyone what the Queen may say to you’. I have respected that ever since,” said Dr Sırrı, before continuing.

“Upon meeting the Queen, I was extremely nervous. It was a once-in-a-lifetime opportunity that I will cherish forever.

“To my amazement, the Queen was very cordial and asked me some questions and that made me relax and happy.  It was the most exciting day of my life.

“We had a lovely conversation for about two minutes. I was surprised because we were told that we would not be allowed to speak to the Queen unless spoken to.

“We even talked about the time that I met her mother, the Queen Mother, at the Royal Albert Hall when she was the Chancellor at the University of London and gave me my Graduation Diploma.

“Afterwards in the Palace gardens, people came up to me and asked what we spoke about as the Queen does not often talk during the investiture. I told them that it was confidential and that a conversation between the Queen was always private,” explained Dr Sırrı, before adding, “Rest in peace, our dearest Queen.”

World gets ready to say goodbye to The Queen

Over 500 world leaders and foreign dignitaries, including from Turkiye and Azerbaijan, are attending the funeral of Queen Elizabeth II.

A total of 2,000 people will be inside Westminster Abbey, the Queen’s family members and blood relatives from Europe, as well as representatives from the National Health Service and other holders of the St George Cross medal for bravery.

At 10.44am, The Queen’s coffin will be moved from the Palace of Westminster to Westminster Abbey for the state funeral, which will begin at 11am and followed by a national two-minute silence at 11.55am. The Abbey is where the Queen was married in 1947 and where she held her coronation in 1953.

Following the funeral service, a public procession will begin at 12.15pm as Her Majesty’s coffin travels from Westminster Abbey to Wellington Arch in London. Hundreds of thousands are expected to line the streets in London for the funeral.

The procession, which will proceed in seven groups and be supported by a service band, will travel along Broad Sanctuary, Parliament Square, Whitehall, Horse Guards Parade, Horse Guards Road, The Mall, Constitution Hill and end at London’s Wellington Arch – the monument dedicated to the millions of troops from the former British Empire who fought and died for King/Queen and country.

Her Majesty’s coffin will then be carried from Wellington Arch by the State Hearse to Windsor where The Queen will be laid to rest.

At 3.10pm, it will travel in procession along Albert Road and the Long Walk before arriving at St George’s Chapel in Windsor Castle ahead of the committal service, where The Queen will buried next to the Duke of Edinburgh, which is not open to the public.