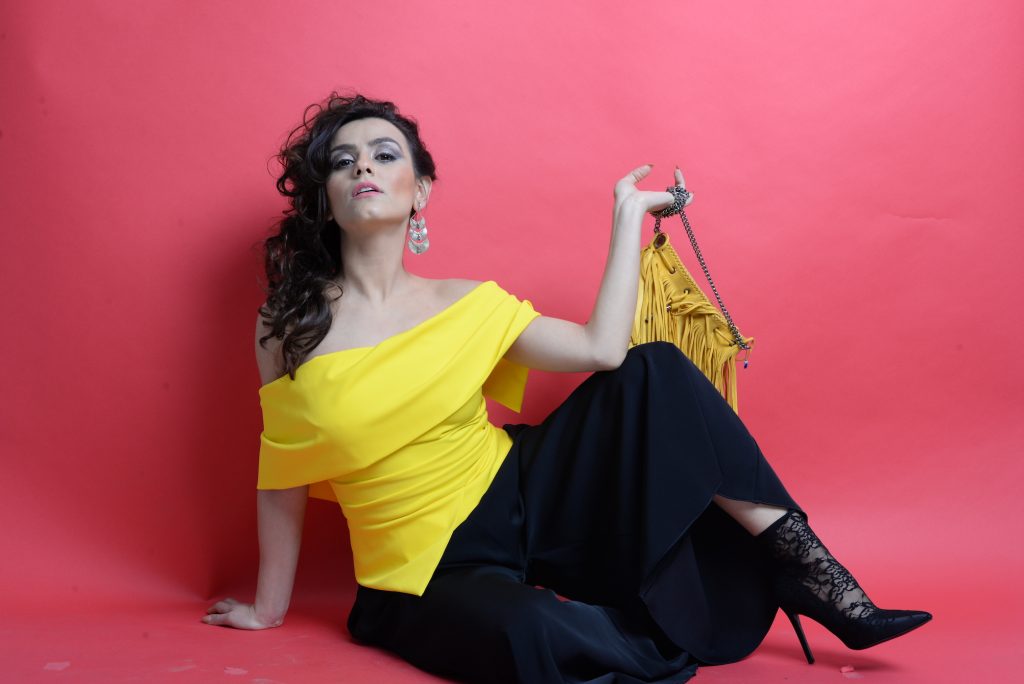 The countdown has begun to the 2nd Turkish Cypriot Cultural Festival on Sunday 17 June, which this year is moving to Enfield Playing Fields on Donkey Lane, to better accommodate the expected large number of visitors. As with the first year, expect the festival to offer a fabulous mix of traditional and contemporary music, theatre, and dancing, a funfair, and lots of freshly-cooked food, from kebabs to lokma.

This year’s headliner is London-born pop singer Eylem (full name Kızıl), whose platinum-certified 2006 debut album Aman made her an instant star in Turkey. The star, who once made it to boot camp on UK TV show The X Factor, was rarely out of the charts with hit songs such as Mız Mız and album title track Aman, which was the perfect synthesis of British urban beats and Turkish pop, co-written by fellow Londoner Ferah Ibrahim.

More recently, Eylem’s music was used on smash US series Homeland. Now, after a few years off, she is back in the studio recording new material, to be released on her own label.

Talking to us in advance of her performance, Eylem told T-VINE: “I can’t express enough my joy and happiness that my home city London is to host the 2nd Turkish Cypriot Festival, and that I will be headlining!!! Growing up here we didn’t have many events catering for the Cypriot Turkish community and celebrating our identity.”

The star excitedly added that, “On the day [of the festival], I will be performing with my brand new band consisting of some of Europe’s finest musical talent.  We hope to take the crowd through a musical journey from London to Cyprus, including different genres and eras of music. And of course, as you can imagine there will be a colourful and visually explosive Eylem, full of dance to get you moving in the sun!!”

Eylem: “I can’t express enough my joy and happiness that my home city London is to host the 2nd Turkish Cypriot Festival…Growing up here we didn’t have many events catering for the Cypriot Turkish community and celebrating our identity.”

The festival marks an incredible year for organisers, the voluntary-run Council of Turkish Cypriot Associations in Britain. Over the past 12 months, the Council (or ‘Konsey’ as they are known in Turkish) have produced three brilliant events that not only celebrated Turkish Cypriot roots, but also showed how the community in Britain is thriving.

British Turkish Cypriots are the oldest and largest of the groups that form the half-million diaspora whose roots hail from Turkey and Cyprus. Yet for years they have been barely visible, let down by so-called community leaders who preferred to focus on matters ‘back home’ in Cyprus than on championing the needs and interests of those living in Britain.

Things started to change when Aysın Yılmaz took over the running of the national body, the Council of Turkish Cypriot Associations in Britain (CTCA UK), in January 2013. Inheriting a broken organisation that was in debt and disrepute, she patiently started rebuilding its reputation and creating a strong co-ordinating hub for its member groups, which includes Turkish schools, along with elderly, women’s and cultural associations.

When Cetin Ramadan took over the reins in 2015, things were already on an even keel, and under Leyla Kemal’s direction the organisation has reached for the stars.

On 25 June 2017, the BBC reported the roads into northeast London were gridlocked. Hardly surprising as some 20,000 Turkish Cypriots had descended on Chingford Rugby Club for the first-ever Turkish Cypriot Cultural Festival.

Kemal’s first big project was holding a major outdoor cultural festival for Turkish Cypriots, something the communities from Turkey had enjoyed for years. As soon as she announced the first details, the naysayers were out in force criticising the event. We at T-VINE knew it was going to be a huge success when our preview stories went viral, shared by thousands of people. And so it was.

On Sunday 25 June 2017, the BBC reported that the roads into northeast London were gridlocked. Hardly surprising as some 20,000 Turkish Cypriots had descended on Chingford Rugby Club for the first-ever Turkish Cypriot Cultural Festival.

Taking place on the first day of Ramazan Bayramı, it was the perfect occasion for a multi-generational gathering, allowing long-lost friends and families to be reacquainted. This all-day jamboree showcased the very best of Turkish Cypriot heritage from live music and folk dancing, through to stalls selling delicious sweet and savoury dishes, trinkets, books and handicrafts, and stands promoting the work of CTCA members and commercial sponsors.

T-VINE columnist Ertanch Hidayettin captured the spirit of this milestone event in his online review: “By all accounts, the CTCA has achieved a coup by organising this brilliant festival… I have been in this country for 47 years. Never do I remember seeing so many Cypriot Turkish people together. It was heavenly”.

In October, CTCA scored its second big success of the year, holding a gala dinner in central London to recognise the community’s high achievers. It was the first time an awards ceremony had been held for Turkish Cypriots and the night also marked the official start of the community’s centenary year in Britain.

The Council ended 2017 with a special one-day exhibition at the prestigious Victoria and Albert Museum, charting migration of Turkish Cypriots to the UK through pictures and a new documentary called My Heart Belongs to….

For the second year running, the community can come together over Bayram to enjoy a day out for all the family. So get your dancing shoes on and head across to Enfield on Saturday 17 June. Doors open at 11am.

To better manage numbers, this year’s festival is by ticket entry only. It’s just £2 per person, which includes a bottle of water too. Car parking tickets are also available at £5. Buy online from Eventbrite and jump the queues on the day. 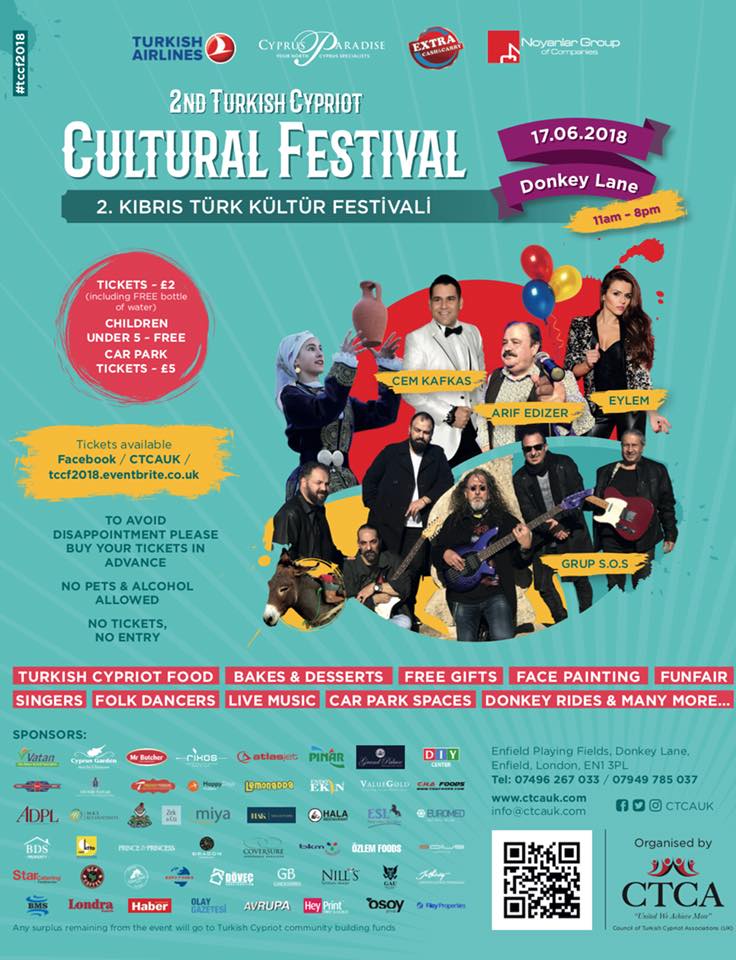