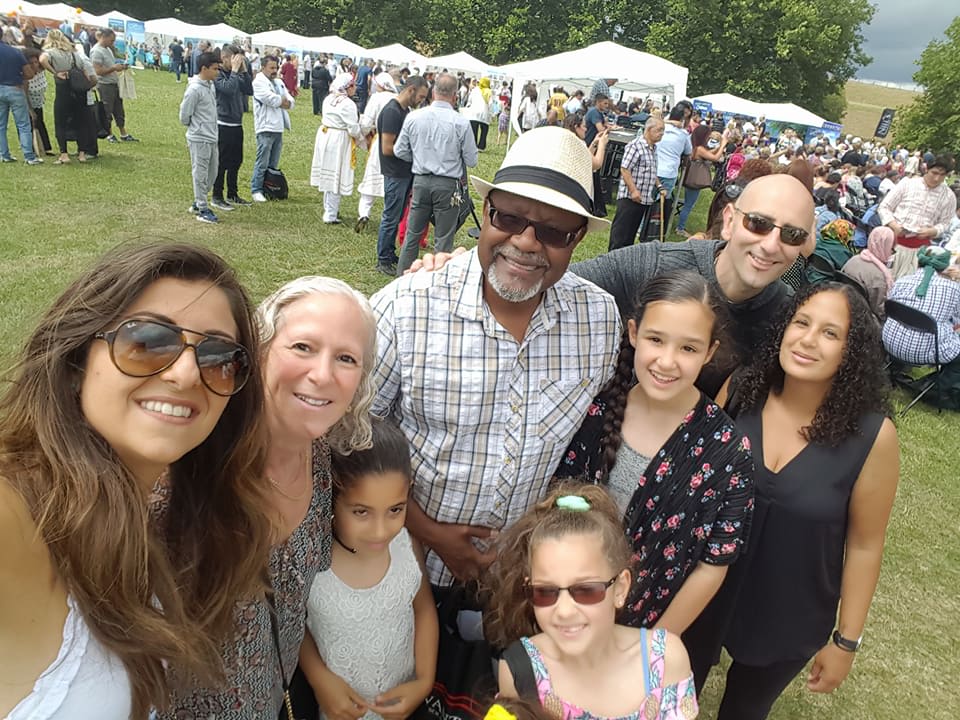 Mark this date: 25th June 2017. It could be a highly significant date for us, diaspora Cypriot Turks.

It could prove to be the date we finally started to get organised, to get noticed. But only if we know how to grasp the significance of what happened on that day. Only if we know how to utilise the event to forge closer links between the different sections of our divided community.

By all accounts, the Council of Turkish Cypriot Associations (CTCA) has acheived a coup by organising the brilliant festival on that special day.

Although not the first Turkish Cypriot cultural festival, many firsts were achieved that day. The thousands that filled the grounds of Chingford Rugby Club had a whale of a time. Many had to be turned away as the field was packed to capacity.

I have been in this country for 47 years. Never do I remember seing so many Cypriot Turkish people together. It was heavenly to hear so many talking in our beautiful Cypriot Turkish dialect.

Why were so many people there? Because many of us have a deep longing for the past, for our beautiful culture, customs. Many of us lament that our culture is being more and more eroded with the passing of time.

I was sceptical, if not highly critical about the timing of the Festival, being on the first day of Eid (Bayram). I am beginning to think that future festivals should be organised during Eid. Seriously.

The organisation was near perfect, the variety of stalls and stage entertainment were first class. One of the most pleasing aspect of the Festival was the active involvement of the business sector. Not just financing it, but by helping with the organisation.

The business sector from our community is always criticised for not assisting community groups. They have shown that if they are approached with concrete, feasible projects they are happy to help.

A week ago, in my Turkish language column in Kıbrıs Postası, I wrote about the smells of my childhood. At the Festival, I had a great time enjoying the tastes of my childhood. It was pure nostalgia: so many forgotten tastes. Our parents are no longer cooking those lovely goodies like bumbar. We hardly manage to taste pasteli any more.

And those adorable children: young people on stage, with their colourful folk costumes dancing traditional Cypriot folk dances, with huge, proud smiles on their lips. It was a scene to behold.

The veteran, even legendary, Osman Kelebek was there too. Aging, but still brilliant, his set took me back years. He played at my wedding back in 1976, as he did at many of my friends’ weddings. His performance was inspired.

Young, talented musicians were there too, as was Osman Balıkçıoğlu and Artun Gökşan with their parodies.  SOS Music Group came all the way from Cyprus, and played with my mate Alp Ermiya. Alas, I did not have a chance to listen to them as I had to leave early to perform my Eid duties.

Cultural festivals are very important. They remind us of our rich heritage. They are a vehicle for our children to see our forgotten art forms. They bring people together.

Some friends questioned whether “Turkish Cypriot Culture” existed. A few even thought the Festival was a provocation, especially at this time when attempts are being made to find a solution to the never-ending Cyprus Problem. They argued that we should talk about “Cypriot Culture” instead. Even if this is an attempt to promote “Cypriotness”, something I fully support, I still find these assertions objectionable, historically false and dishonest.

Of course we have our own culture. Are we not a distinct community, with our own language and religion? Than how can we not have a culture?

Of course we share many aspects of our culture with Cypriot Greek people. What is more natural than that? We live in the same island, don’t we?

To have the same culture means to share the same spirit. And I am not talking about Zivaniya here!

One important criticism, however. The politicians still managed to hijack this excellent event, by making political speeches. In particular, the Deputy Prime Minister of the Republic of Turkey, Tuğrul Türkeş.

I, and many people I spoke did not attend the Festival to hear politicians. Neither did we want to learn about the progress of the Cyprus talks. We have Facebook for this. We did not turn up to hear IDS (Iain Duncan Smith) to make a party political broadcast either, promising things he will not deliver.

Hopefully the organisers will take note and avoid giving any politicians a platform, building on this year’s huge achievements with an even more successful festival next year.

My heartfelt congratulations and thanks to CTCA and everyone who helped to organise the momentous event on 25th June.